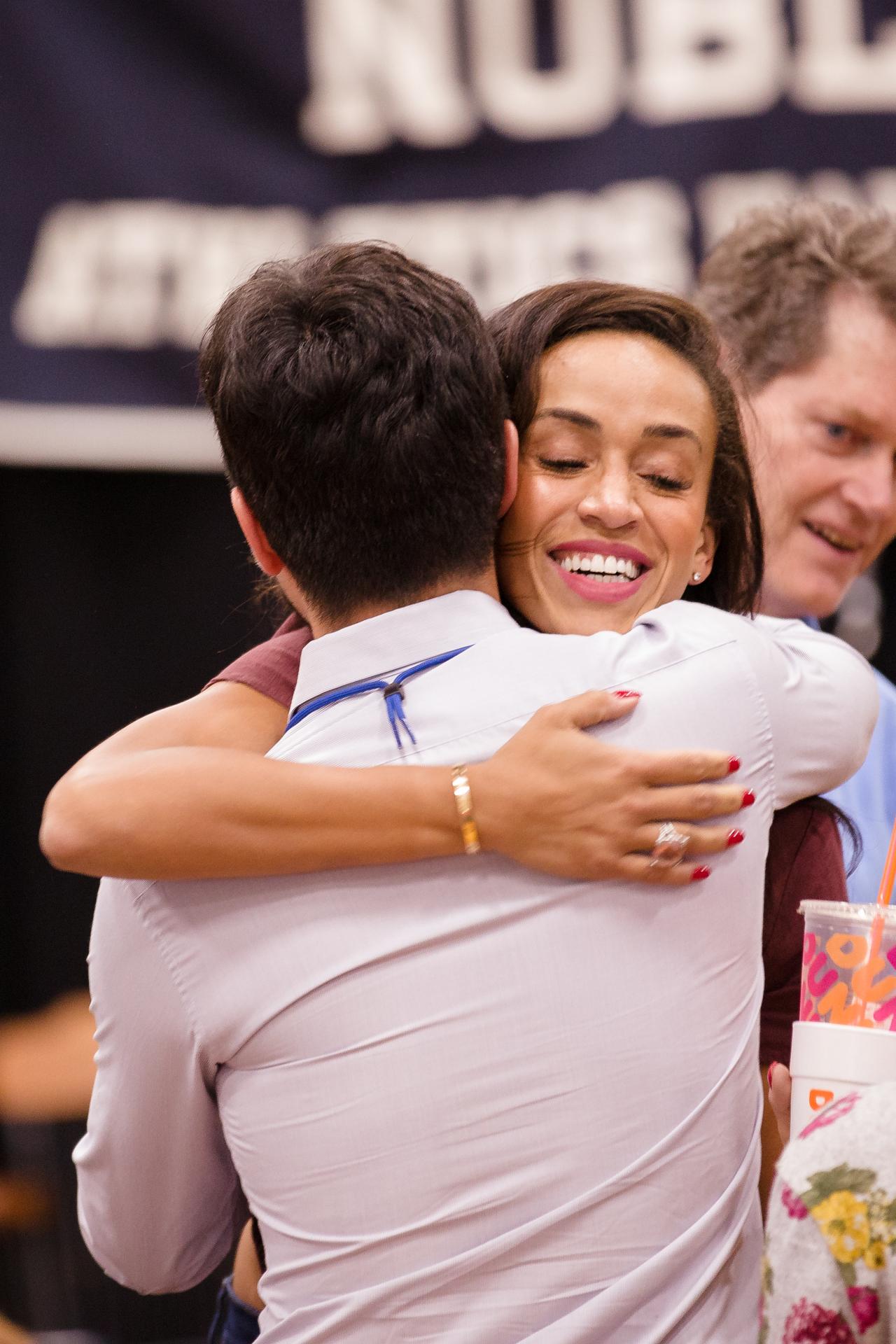 More than 600 graduates, faculty and friends gathered on campus for reunion weekend on May 10 through 11 to reminisce, reconnect, and get a sense for student life at Nobles today.

The festivities began on Friday with a full slate of programming activities for the 50th reunion class that included morning assembly, classes and lunch with current students and a round table conversation with Head of School Cathy Hall. Other programming was organized that day for Noblest graduates who have already celebrated their 50th reunion. During an afternoon “Nobles Today” panel, graduates asked seven current Class I and II students questions on topics ranging from technology to homework to military service. The day concluded with the 50th and Noblest Dinner in the Castle, which was decorated for the special occasion with class photos and Nobles memorabilia. The Greensleeves performed for the more than 14 graduate classes that were in attendance.

Saturday’s events started on the water under blue skies and bright sunshine with open rowing hours at the Lincoln Boathouse and then continued with some friendly competition at the men’s graduate lacrosse game and women’s graduate soccer game. Afterwards, attendees gathered to recognize the new Nobles Athletics Hall of Fame inductees: Coach David C. Horton Sr., Anthony Ackil ’94, Rebecca Loucks Manrique ’04, Casey Griffin Giudicelli ’09, and McCallum “Mac” Foote ’09. Melissa Daniels Madden ‘88, the chair of the hall of fame committee, and current student athletes presented plaques to the this year’s inductees at the ceremony. To learn more about these talented individuals and to submit nominations to the future classes of hall of fame inductees, click here.

Throughout the afternoon, the Nobles bulldog kept spirits high as graduates cheered on varsity teams, toured the campus, and enjoyed a cookout and family carnival complete with a bouncy house, face painting, corn hole and more. Graduates also volunteered alongside current students unloading and sorting boxes on campus for the national Stamp Out Hunger Food Drive.

Following assembly, all graduates were invited to a reception in the Castle. Guests took advantage of the beautiful spring evening and ventured outside to the Castle terrace to catch up with old friends and admire the campus views. The evening came to a close with class dinners, where the trips down memory lane continued and a great time was had by all.

Thank you to everyone who attended reunion and worked so hard to make the weekend such a success. We are especially grateful to those who served on reunion committees and helped to build excitement for the event throughout the year and encourage so many of their fellow classmates to come back!