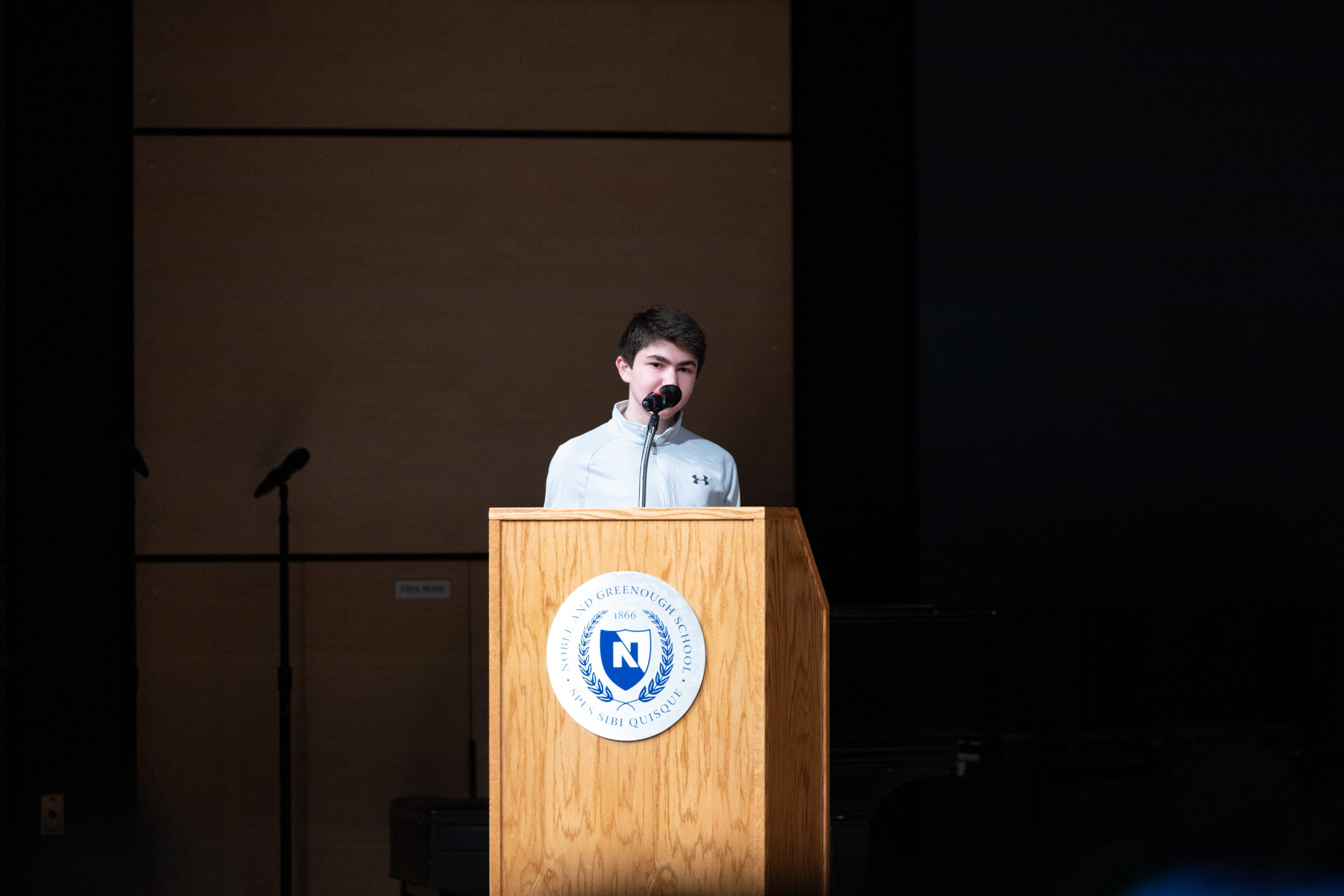 Need a dog photo? Noah Brauner ’25 is happy to share one of the 80,000 images on his computer—or, maybe one of 30,000 chest x-rays. What do these images have in common, and why are they hogging his hard drive? It’s all part of his way to make the world an increasingly happier and better place, one app at a time.

New to Nobles this fall by way of Belmont Day School, Brauner first fell for computer programming during a middle school project addressing global goals through online solutions. He developed a remote plant-watering system, and was hooked. The promise of problem-solving and challenge of coding captivated Brauner, who then created an app to identify pneumonia in chest x-rays as his Capstone project. The 80,000 dog photos? Those were for a machine learning app that lets a user upload a photo of their dog, then identify its breed from more than 250 varieties.

With the onset of the Covid pandemic, Brauner took advantage of more time to learn more coding; he took a Harvard computer science course, and watched “a ton of YouTube videos.” One of the most exciting things about developing a new app, Brauner says, is “how many people you can reach on the App Store. I have other apps too, and it’s just really amazing to see people from all around the world download them.” One of those is one he was inspired to create in the social fog of quarantine, when so many people were feeling disconnected, especially teens. He explains his app, Know Me?, “is to get to know your friends better. You just take a quiz about yourself, text a link to your friends, they can take it on their phone, and then you see who knows you best.” 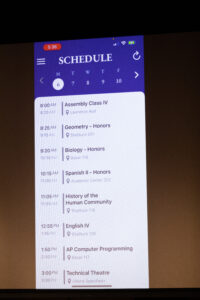 As an AP Computer Science student in Dominic Manzo’s class this year, once Brauner completed the core requirements, he was eager for a project that would help others. As a new member of the Nobles community, he knew he could make a real impact by revamping the Nobles app. Brauner says the last version had “a lot of cool features,” but he realized, “We already have all of these great people on the IT team who have worked to create these databases that are easy to use; we’re one of the only schools that have this whole organized system. So we just needed a nice app to help everyone take advantage of it. I saw it as an opportunity, but also, it just brings a lot of joy and makes everyone happier in general.”

Brauner lights up talking about his projects. “Other people think of coding like schoolwork. But to me, it’s just a hobby and fun.” He does most of his coding during brief periods at school or on weekends. Of the whimsical animations he incorporates, he says, “I know those make everyone else really happy. It just makes it all smoother and easier to use—so those have a high impact.”

The machine learning and Nobles apps have been among his favorites to design, because they have “a deeper purpose and meaning. I want to develop more things like that in the future, to reach more than one kind of target audience.” He’s been getting great feedback on the Nobles app and plans to keep refining it, saying, “I’ve never had 600 downloads in a day before. That was really exciting.”

During a two-week beta period, Brauner says testers in the Nobles community “were really amazing. Whenever there was a bug, they’d write exactly how it happened, then I’d look at the code, find the problem, and then fix it.” Then, he launched the app to the entire Nobles community at assembly last Friday. He showed them how to explore the Castle menu, the directory, friends’ schedules—and to audible murmurs of approval—individual Covid-testing barcodes. He also created a guest mode that allows those outside the immediate Nobles campus community to browse public information (e.g. families checking what the Castle is serving for lunch). The response was a hearty standing ovation from the entire audience.

“That was the best day at Nobles so far,” says Brauner, beaming. “That was a pretty cool assembly. And then everyone’s like, ‘Noah, awesome job,’ ‘Hey, app guy, you crushed it…’ People from all different grades, teachers—it was really amazing. I got emails from people all around the school.” Brauner’s innovative thinking and coding skills are making things run more smoothly for the Nobles community, while upping the fun and bringing people together. We can’t wait to see what he develops next.

Watch the intro to the new Nobles app that Brauner rolled out in assembly.