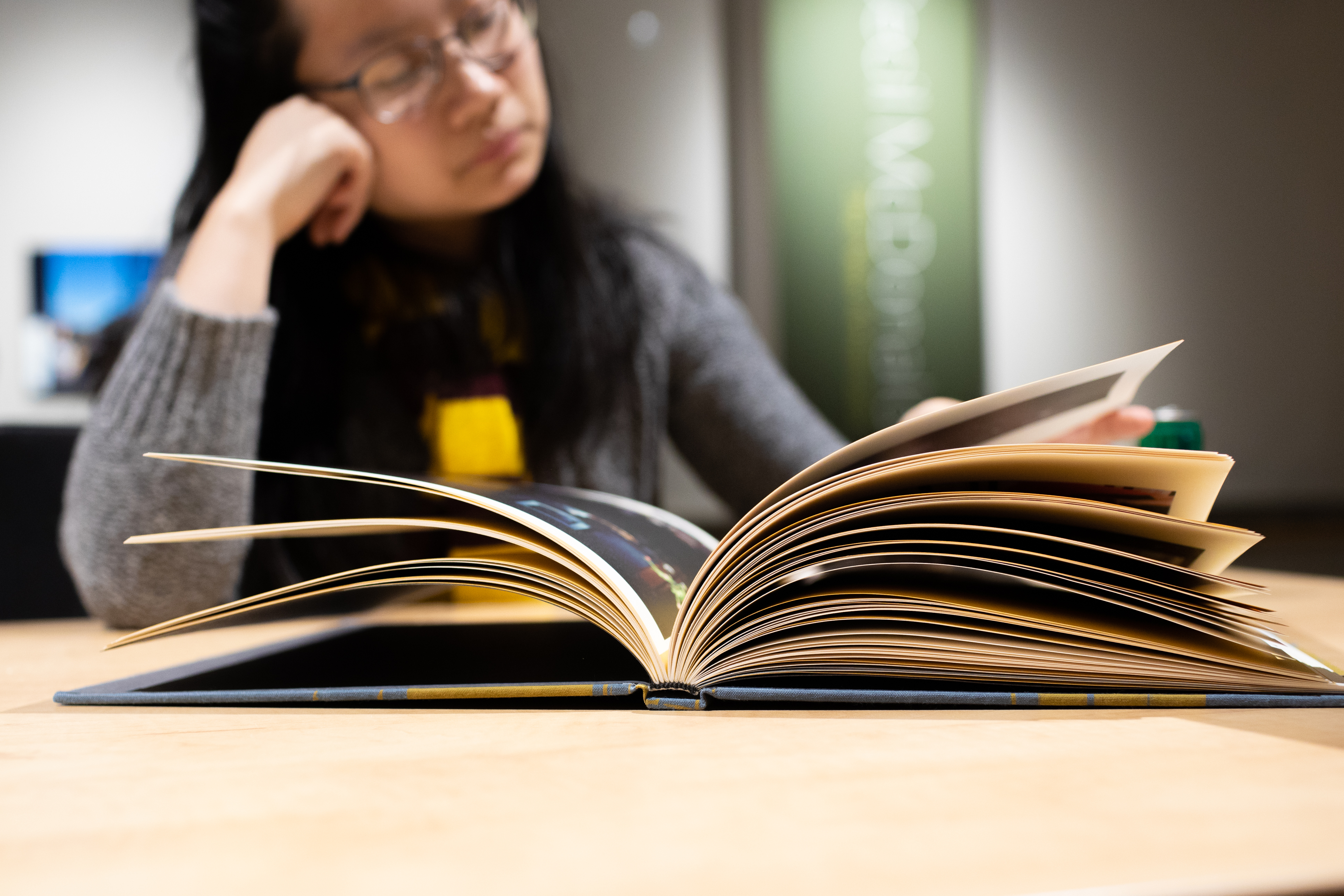 During his visit to Nobles on November 14 and 15, photographer and performing artist Cecil McDonald, Jr. spent time in classrooms, spoke with students and faculty and performed in several spaces around campus.

McDonald, who uses photography, videography and dance/performance to “Investigate and question the norms and customs that govern our understanding of each other, our families, and the myriad of societal struggles and triumphs,” has had his work exhibited nationally and internationally and has received many awards and accolades (cecilmcdonaldjr.com).

Through his art, McDonald aims to depict the inherent beauty in the everyday culture of black society, with the goal of showing the full spectrum of humanity rather than just the extremes portrayed in media and popular culture.

Dan Halperin’s Acting II class and Anna Calamare’s advanced dance class, Musical Theatre and Tap, came together to collaborate with McDonald. “As a visual and performing artist,” explained Calamare, “McDonald wanted to explore movement through the perspective and lens of a body camera.” Students were given the assignment of creating “structured improvised phrases of movement in pairs,” and were asked to “manipulate their phrases based on the words and emotions he mentioned are often captured on body-cams: ‘power,’ ‘struggle,’ ‘love,’ and ‘freedom.’ They presented their movement to each other while also reacting to McDonald’s movements around them. He will edit and join these clips together to create a video, and we are excited to see the final product.”

The Foster Gallery reception for McDonald’s most recent work, “The New Americans,” gave the Nobles community the opportunity to view his portraits and to inquire about the intentions behind his photography and performance art. A student from the dance class reflected on the experience of having a camera follow her and her partner as they made their way through their improv assignment, saying, “It was awkward at the beginning, but it was a very interesting experience to think about movement in different ways, and by the end it was natural.”

McDonald took a variety of questions at the reception, noting in one response, “What would artists do if they didn’t have problems? If everything was perfectly laid out, what would you make work about? It’s the problems that make life interesting.”

Reflecting on McDonald’s visit and the work displayed in Foster Gallery, photography teacher Curtis Mann said, “What I felt was most important was the notion that we need all people, especially students, to see themselves as artists. And this means defining an artist not as simply a painter, a sculptor, or a photographer, but as someone who thinks critically about the world around them, steps outside of themselves, and creatively engages with their relationship to that world.”