A Collection of Librarians 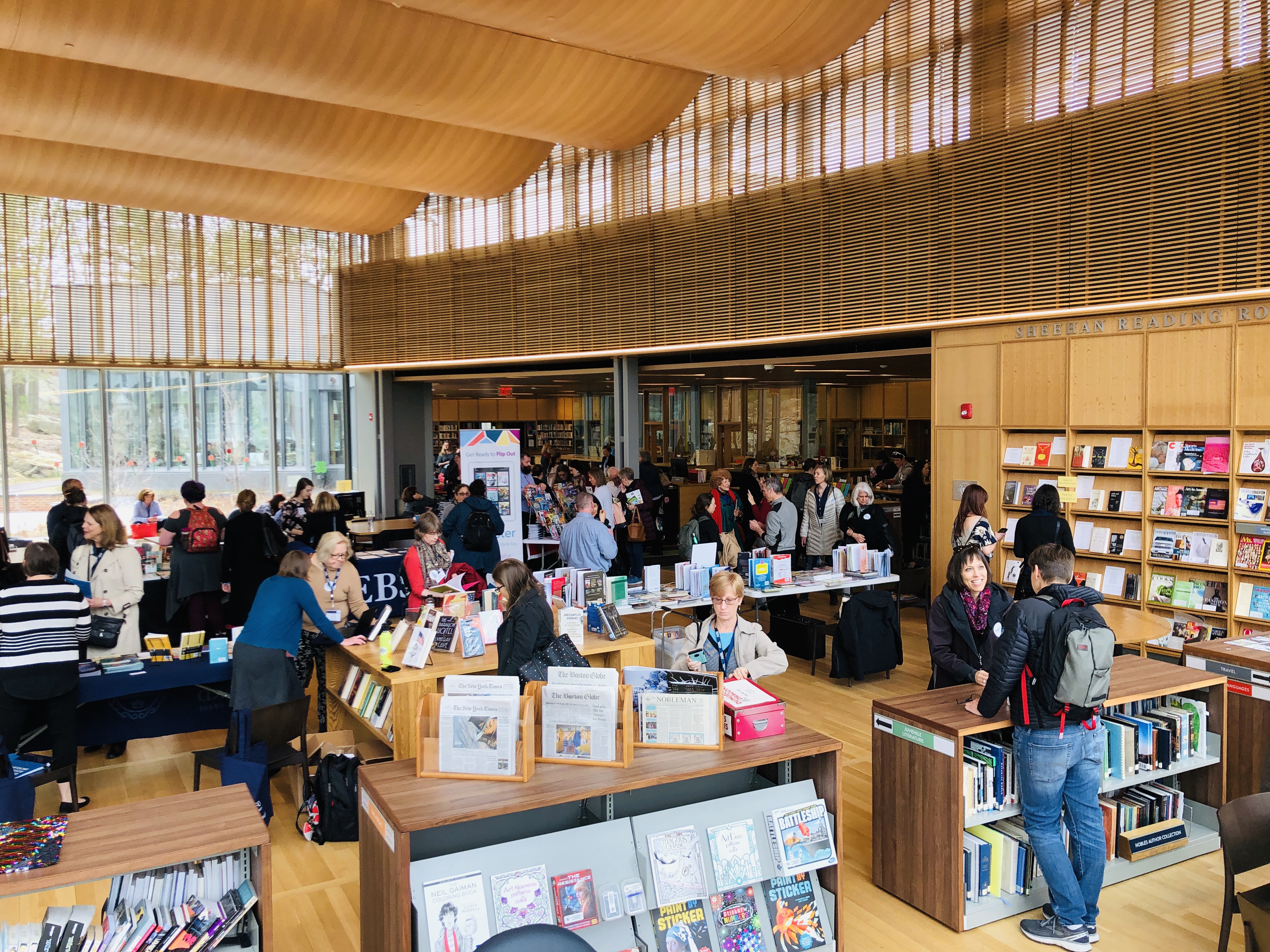 On Friday, April 5, Nobles hosted 170 librarians from around the country as part of the annual Association of Independent School Librarians conference in Boston. During their visit, they enjoyed a gourmet lunch served by FLIK, heard from WBUR/Reddit podcast co-hosts and producers Ben Brock Johnson and Amory Sivertson of “Endless Thread,” and attended campus tours and tours of the new Academic Inquiry Center and Putnam Library, which also housed a vendor fair.

Johnson and Sivertson described their process for “Endless Thread,” which pursues intriguing stories found on social news aggregator and discussion site, Reddit. With a range of topic threads limited only by human imagination, they have discovered “the brightest and darkest corners of humanity.”

The “Endless Thread” producers enjoy “the freedom of experimentation” of their show, while holding themselves to “the journalistic integrity of NPR [National Public Radio.” Librarians were particularly interested in how podcasts and Reddit could be used as research tools for students. Sivertson encouraged them to show students examples of “comments with compassion,” and to empower them to engage online “the right way.” Johnson shared online resources, some of the technical aspects of producing a podcast, and contrasted the medium to print journalism.

Putnam Library Co-Director Emily Tragert, who was instrumental in planning and coordinating the event with colleagues Talya Sokoll and Ella Steim said, “It was such a privilege to share this amazing space we’re so proud of with our colleagues from around the country, and to talk to them about our community.”