A Highlight from the Archives—Celebrating Black History Month 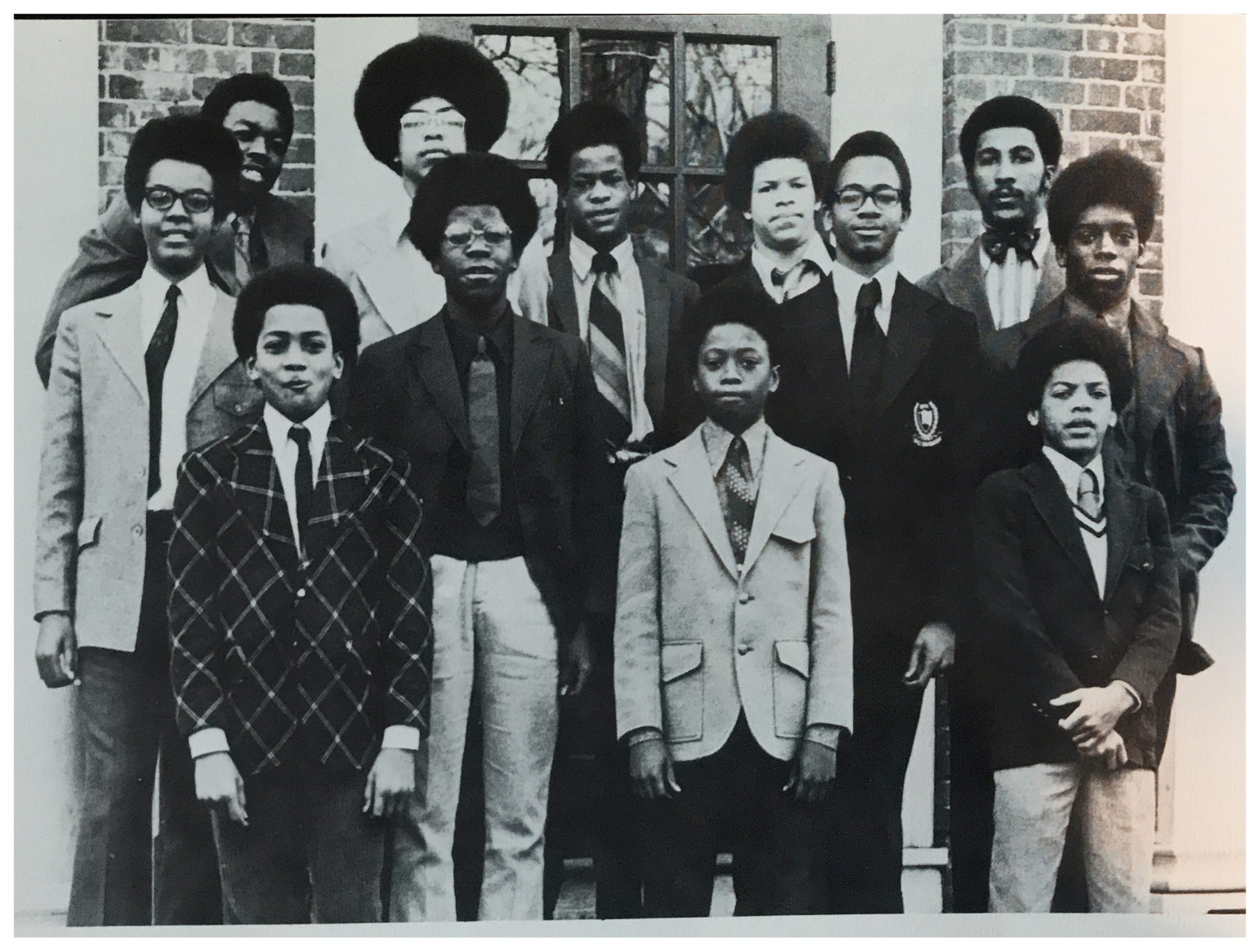 Did you know, the Black Student Union, created by Lewis Bryant ’73, Phil Crawford ’71, Harry Elam Jr. ’74, Mark Glover ’72, and Kentworth Jackman ’73 in 1971 was one of the first affinity groups at Nobles? The founding purpose of the group was to allow Black students to feel comfortable in a white environment, in an era of transition.

In the late 1960s and throughout the 1970s, several Black students were admitted to Nobles for the first time, beginning in 1964 with Robert P. Pinderhughes ’67. Pinderhughes is currently serving on the board of trustees. The school also saw its first Black teacher, with the arrival of Clement Fugh, in 1971. Fugh and Pinderhughes served as advisors to this early group of Black students, and were influential in helping the group fundraise money for scholarships for Black students to attend Nobles.

One of the ways in which the group fundraised money was through theater productions. An offshoot political theater troupe of Black Student Union called “The Family” put on several productions throughout the 1970s. The troupe was also a way for Black students to create space for themselves in Nobles’ theater, engage in Black activism, and express themselves in a safe environment.

During its early years, the Black Student Union sought to bring better awareness to the realities of being a Black student in America, and to share with white students Black history and Black culture. The group has evolved and changed over the years, with a few short hiatuses, however its goal has always been to provide community among the Black students at Nobles.