Art on the Road 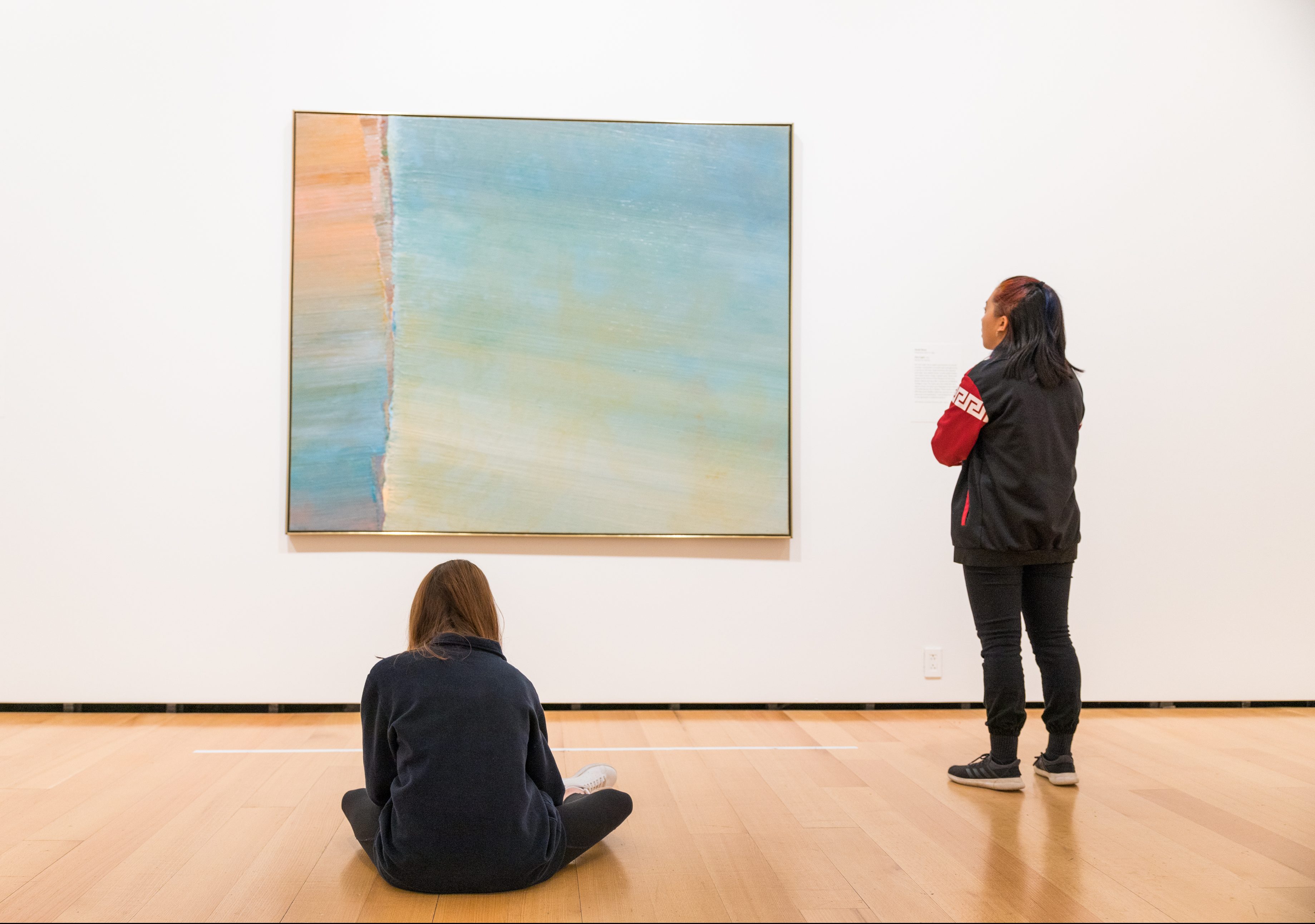 On Thursday November 21, close to 100 students in level one visual art classes took a field trip to the Museum of Fine Arts Boston to explore visual literacy and visual note-taking. Visual Arts Department Head John Hirsch challenged the students to think critically whose artworks are on display, who is depicted in the work, how the galleries are arranged, and how each aspect relates to power and expression.

After a quick lunch at the museum, each discipline, photography, drawing, painting and ceramics, divided up into their own class groups to study various exhibits. John Dorsey’s ceramics class started in the Art of Asia and Oceania wing where they observed a connection between the celadon glazes from 13th century Korean stoneware to a contemporary green glaze available in the Nobles ceramics studio. Dorsey also introduced them to visual note-taking as a new way of observing an object by sketching it. “It isn’t about drawing well,” he said, “but by drawing you engage your eyes and think in a different way than if you were to photograph it.” Each student then chose a piece to sketch, starting with line drawings of height and width at various points and expanding to include color and ornamentation.

Upstairs in the new Women Take the Floor gallery of the Art of the Americas wing, photography students delved into the philosophy of ownership and inherent power imbalances by studying a Sherrie Levine photograph of a print of a famous Walker Evans a photograph. In this highly stylized gallery depicting images of women created by women, the MFA is publicly recognizing its own shortcomings in gender disparity while attempting to redress that imbalance by reflecting “the multiplicity and power of the female gaze: the gaze of artist, the gaze of the sitter—and now the gaze of many viewers.”

Across the museum in the contemporary art wing, drawing and painting classes studied the large canvasses of the Color Fields installation by making their own sketches and answering questions about composition, hue, saturation, and value. Since it was midday on a Thursday, they had the exhibit almost entirely to themselves allowing them to spread out on the floor in front of the artworks or rest on the benches in the middle of the long gallery while still maintaining uninterrupted views.