At the Front Lines of Covid-19 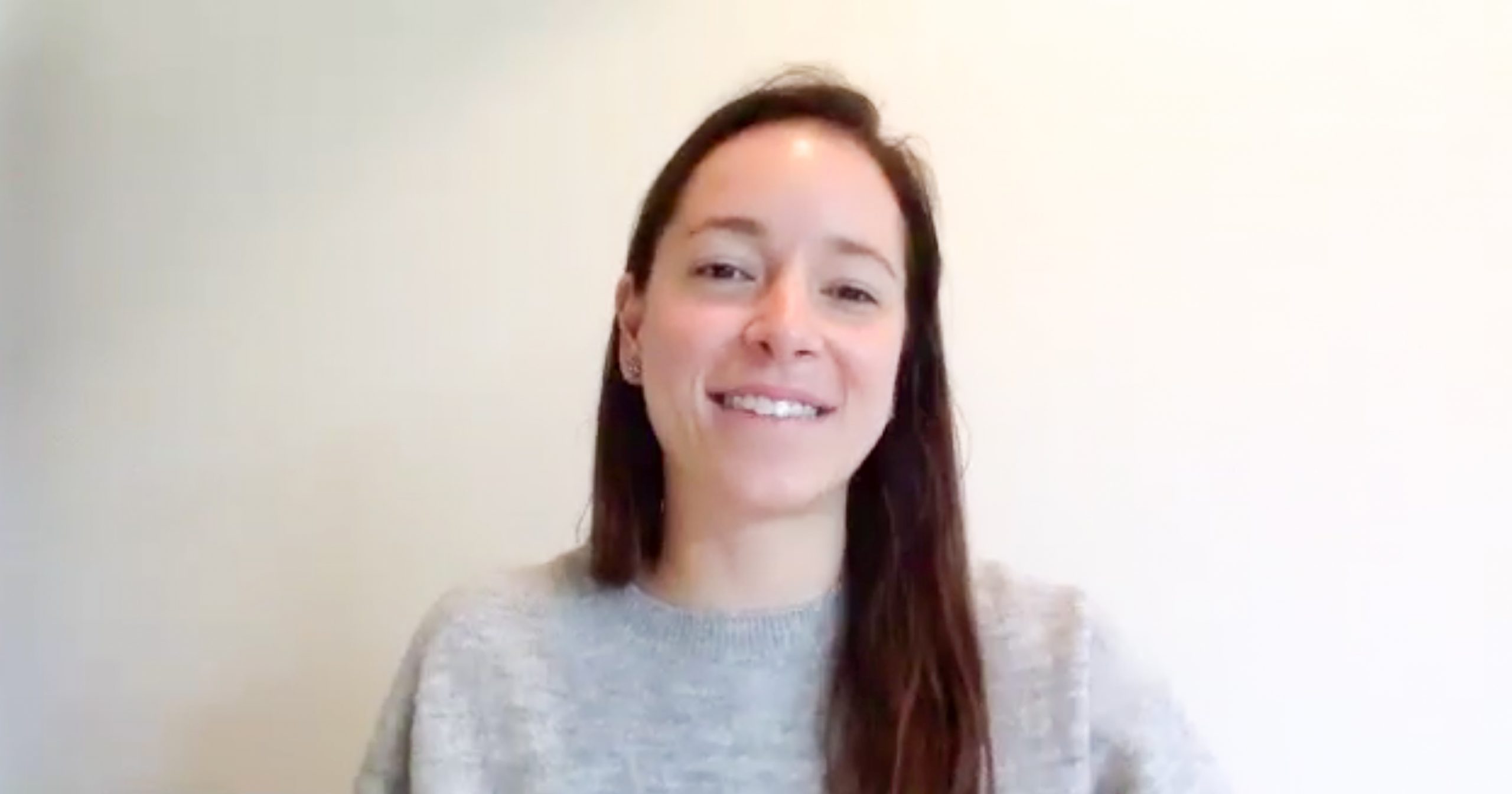 “I enter the Emergency Department and pull my blue surgical mask out of the crumpled paper bag as I cross through the entrance. I lock eyes with the triage nurse, my usual smile absent beneath the mask as I approach my shift. I quickly walk to the resident lounge, where I change into clean scrubs and proceed to don the rest of my outfit, including a pair of thick plastic goggles and a surgical cap to cover my hair. I feel as though I am preparing for battle, and in a way, I am.”

The above excerpt from a recent Boston Globe editorial written by Dr. Christina Matulis ’08 offers a glimpse into the realities facing doctors, nurses and other hospital employees during the pandemic. Daily, we are hearing inspiring yet heartbreaking stories about the people in the trenches, risking their own health to improve that of their patients. You don’t have to look far to find someone in your own circle who is fighting this fight in our nation’s hospitals. Matulis is one such Nobles grad. A second-year emergency resident medical physician in Providence, Rhode Island, she spoke to students, faculty and staff in a webinar on Wednesday, April 8.

“For better or worse, I am getting to see it at the front lines,” said Matulis of her experience working in the emergency room during this time. With an astounding amount of eloquence and energy for someone who had just finished a week of five overnight shifts in the ER during a pandemic, Matulis started by sharing the story of how she became interested in medicine and then spoke about her experience as a doctor in the midst of Covid-19. Matulis explained that it was at Nobles where she discovered her love for science, an interest that she continued to pursue as a neuroscience major at Bowdoin. She also mentioned her deep interest in service, another passion that found its roots in her Nobles experience. “I got involved in service with Nobles while on the New Orleans trip,” she said, “and that jump-started my interest in civic engagement.”

Matulis explained that many factors played into her decision to go into emergency medicine, chief among them being the fact that ER work enabled her to interact with people constantly throughout the day, and consistent interaction with others was a must for her. Not only would she have the opportunity to take care of a wide variety of patients each day, but she could be the one to connect with them during trying moments in their lives and to make a difference when it mattered most.

Fast forward to the Covid-19 pandemic, and Matulis is undoubtedly making a difference through her daily interactions with patients. During the webinar she spoke candidly about the sobering reality that she is seeing in the ER, sharing challenges that she has faced and concerns that have arisen. Matulis is one of the residents in her program who has spent dedicated time in the Covid unit.

Of the many things that weigh on Matulis’s mind daily during this time, access to healthcare is right at the top. “The majority of patients are low-income patients,” said Matlulis, explaining that “about 70% are Medicare or Medicaid patients and they don’t have a lot of resources.” Matulis was struck by the discrepancies in access to healthcare in the United States prior to the surge of Covid-19 cases, but said that “going into the pandemic has been even more eye-opening.” During one of her evening shifts last week quite a few patients came in from a homeless shelter. Reflecting on that shift, Matulis said, “I have the luxury of isolating in my own apartment if I were to get sick, but patients in a shelter setting clearly do not have that, so we need to provide housing for patients.”

Another concern for Matulis is one that we have heard from hospitals across the nation—the lack of personal protective equipment for medical personnel. “It’s scary,” she says. “PPE really is so important. Now, because there are so many infected people, I literally go into my shift, I put on a head to toe outfit including this mask that honestly by the end of eight hours is incredibly painful, but you need to wear it to protect yourself.”

Matulis said that many residents are facing pressure to scale back on what they are wearing when treating patients and explained that this is something that she does not feel comfortable doing. Together with other residents, she has written letters to hospital administration and senators expressing their frustrations. “Engaging at the higher level to advocate for my safety,” said Matulis, “has been really important.” Her concern also inspired her to get involved with getusppe.org, an organization started by Meghan Ranney, with whom Matulis works at Brown. Through this effort, Ranney, along with doctors from Massachusetts General Hospital in Boston and other hospitals around the country, have helped to share different ways that people can help to contribute to the egregious lack of protective equipment for medical professionals.

Interestingly, the topic of personal protective equipment looped back to Matulis’s Nobles experience, as a student attending the webinar asked her what her favorite class was during her years at Nobles. Even after all of the talk about medical school, neuroscience and residency, Matulis’ answer came back to her experience in her humanities classes at Nobles. “I’ve been thinking really fondly of Vicky Seelen’s creative writing class,” she said. “I actually haven’t really written anything in a while and so I did write a Boston Globe editorial just because I was having all of these frustrations about how everything was being addressed with PPE and things like that. The thing that I struggle with and I know that a lot of other doctors are struggling with is that, yes, we take the Hippocratic Oath and we want to go and help a lot of people, but I don’t think any of us signed up to do it without being protected.” Matulis offered several anecdotes about Nobles grads in the medical field who have been running out of supplies and are forced to resort to things such as rain ponchos for protective gear, which clearly is not adequate protection. On a daily basis, Matlulis has been writing down her own experiences in the ER, and explained that is how the editorial piece for the Boston Globe came about. “It’s bringing me back to some of my Nobles classes,” says Matulis of her daily writing practice, “where I feel like I really developed that love of writing.”

Beyond these obvious concerns is the emotional toll that working on the front lines is taking on medical professionals like Matulis. Reflecting on recent overnight shifts, she said, “Patients will ask me, ‘do you think I am going to die from this,’ and it weighs on me daily thinking about that. It’s really scary to answer these questions, but for patients to trust me is really rewarding.”

Matulis’s unwavering dedication to emergency medicine was clear as she spoke to the Nobles community, but she also emphasized that there was nothing easy about working in the ER right now, describing the last month or so as one of the most informative experiences in all of her education. Matulis has seen the numbers of positive cases “ramp up” in the past few weeks and is uneasy about the projected peak at the end of the month. She explained that since testing has increased she has been able to get answers to patients within a few hours of taking the test, but she is still quite concerned about the idea that this could continue for many weeks. “It’s scary to be on the front lines,” said Matulis at the culmination of the webinar, “but to get to do it is also quite an honor.”

Linda Hurley closed the meeting by speaking for the Nobles community, saying to Matulis, “We are behind you and we are with you every step of the way. We are really proud of you.”