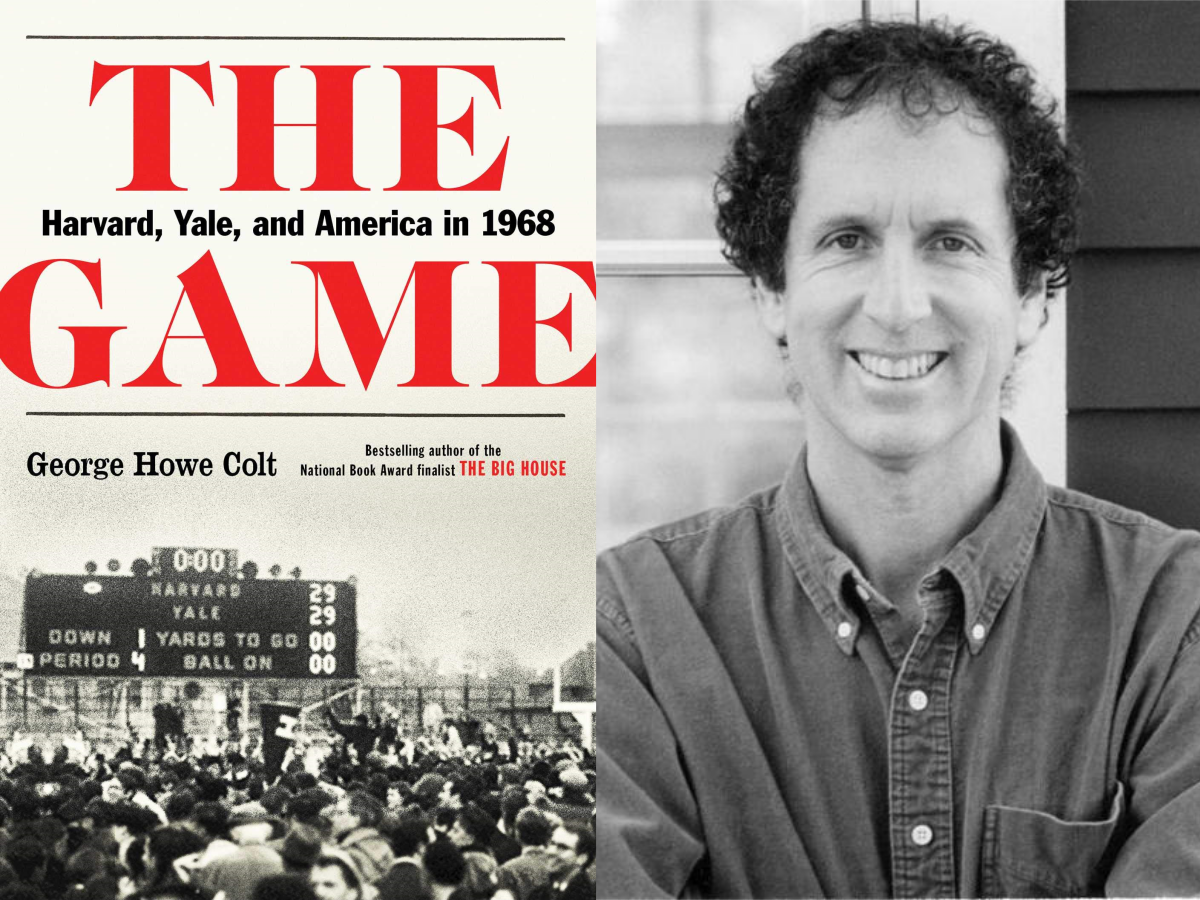 On Thursday, February 18, we had a large gathering of grads from five decades come to hear author George Colt share his recent book The Game: Harvard, Yale and America in 1968, which tells the story of the 1968 Harvard-Yale football game and the legendary 29-29 tie that is on nearly every list of the top ten most exciting games in college gridiron history. It also recounts a watershed year in American history, as navigated by a group of young men and by the institutions they attended. If you haven’t yet read it, it comes highly recommended.

After Nobles, Colt attended Harvard as an undergraduate and Johns Hopkins for graduate school. He is also the author of The Big House: A Century in the Life of an American Summer Home, which was a New York Times notable book and a finalist for the 2003 National Book Award. Additionally, Colt penned Brothers, winner of the 2013 Massachusetts Book Award for nonfiction, and November of the Soul, a critically acclaimed study of suicide. His work has appeared in the New York Times, Civilization, and Mother Jones, among other publications. Colt, who has taught at Smith College and was for many years a staff writer at Life magazine, is currently working on a fifth book. He lives in Western Massachusetts with his wife, Anne.

We are seeing (some!) benefits of our virtual gatherings and were encouraged to host so many graduates from around the country, especially from the great class of ’72. Following the talk, we had a lively conversation during which many graduates who attended “The Game,” shared their own personal stories. What a treat!

For recordings of George Colt ’72, Nina MacLaughlin ’97, Mark Polanzak ’99 and Bill Sargent ’65, head to our Nobles Graduate YouTube Channel. We are taking a short break from Author Talks, but have an event in the works for June. Stay tuned!