Bronson Says Stress Not Always Bad, Failure Can Be Good 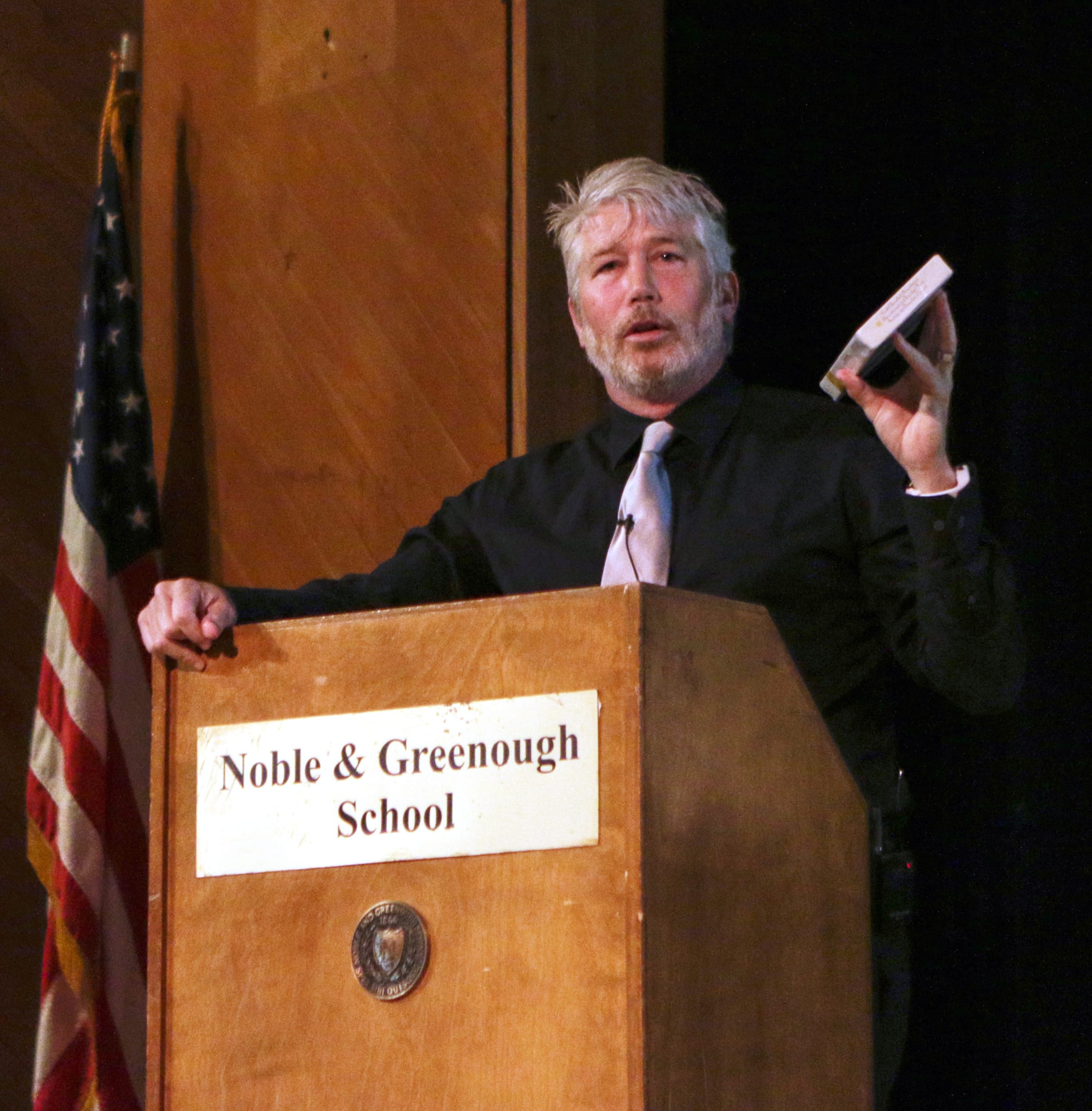 Po Bronson, novelist and coauthor of Nurture Shock and Top Dog—books that have changed the conversations about parenting and success in America—visited Nobles on September 30 and October 1.

On September 30, Bronson spoke to parents and faculty about the perceived and real effects of stress on performance in young people and the population at large. Bronson said that short-term stress can be a positive force, particularly in those who have the “warrior” gene, which allows warriors to shed efficiently the excess dopamine caused by stress. On the flip slide, excess dopamine for those with the “worrier” predominant is the equivalent of a car engine with too much gas—it floods the engine and shuts down operations.

The best-selling author Bronson also put peer pressure into perspective for parents, citing a study that suggests that peer pressure and empathy are correlated and that adolescents who balance the need to please with an articulation of their needs are poised to become adults with strong relationships.

At long assembly on October 1, Bronson shared more personal stories with students. He said that he attended the Lakeside School in Seattle, a school much like Nobles. He delivered an explication of his name, “Po,” which is a not-very-linear derivation of his given name, Philip.

Bronson, who attended Stanford University after Lakeside, said that neither prestigious institution taught him to write—that he was, in fact, an active avoider of writing and writing classes. As a Stanford senior, however, the oft-heard and annoying query of what will one do after graduation rankled Bronson.

“I hated this question because I had no answer,” he said.

In the university newspaper, he published a piece with the pull-quote, “’Being Po’ is the best term for what I’ll be doing a year from now.” The article went the pre-Internet version of viral. His friends told him he should become a writer.

Bronson catalogued his dreams and failures of the next decade. “I had a compulsive strong itch to do something. It’s confusing how to do that…and that’s okay,” he said. He also cited what he called “the fallacy of intrinsic fit.”

There is, he said, unpleasant work in every job. “It’s not what you do. It’s what you’re working towards,” he said.

“Life does not present you with great opportunities. It mostly offers you really crappy ones…It’s important to have lots of low-cost losing in your life and to learn that that doesn’t stop you. You can have those losses and go on to do great things.”