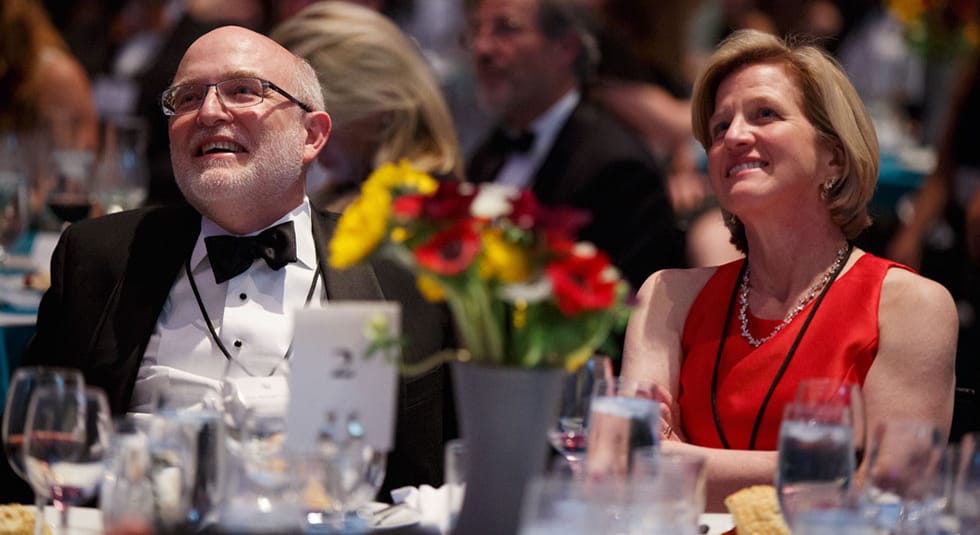 Head of School Robert P. Henderson ’76 and his wife, Ross, hosted the 42nd annual Head of School Dinner at the Museum of Fine Arts, Boston on Saturday evening, April 8. The event was his last as a host, but his first as the guest of honor. Nearly 300 supporters attended the black-tie event. The Hendersons were also joined by their sons Paul ’13, and Patrick and David, both ’16, and by Bob's parents Carol and Robert, brothers John ’78, Peter ’82 and Ted ’85 as well as many other family members.

The evening featured a preview of “Matisse in the Studio,” a rare international exhibition that examines  the roles that objects from the artist’s personal collection played in his art.

Beth Reilly ’87, president of the board of trustees, welcomed graduates, parents and other guests and announced that the Arts Center—part of Henderson’s vision for the school—will now be named the Henderson Arts Center.

Bill Bussey, longtime Nobles provost, also honored Henderson. “Bob’s commitment to making Nobles a more diverse community has breathed a genuine intellectual, social and cultural energy in all areas of school life…But for my colleagues the true-tale hallmark of Bob’s legacy is his generosity toward others when they need it most.”

Henderson thanked the crowd for their support, as well as his parents, predecessors Dick Baker and the late Ted Gleason—and he welcomed his successor, Catherine J. Hall, who attended the event.

Henderson then acknowledged his wife, Ross, with whom he has shared the independent school journey since the early ’90s. “[Thank you to] my best friend and the love of my life,” he said.