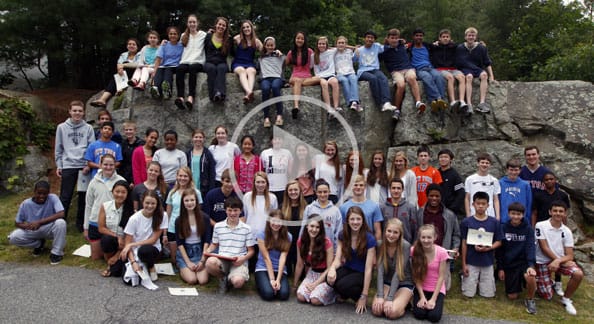 Just minutes after finishing their last final exam, Class V students gathered on the Vinik Theatre stage to celebrate an important milestone: the end of their Middle School years. More than 250 family members, faculty, staff and friends turned out for the 2012 Step Up Ceremony, which celebrated both individual and class accomplishments.

The Middle School Character Award is presented to a single Class V student who has had a “clear and positive influence on his classmates and the entire Middle School community.” Will Clark, this year’s recipient received the award from 2008 recipient and recent Nobles graduate Adrianna Ureña.

As is the tradition, the ceremony concluded with a faculty receiving line and class photo.