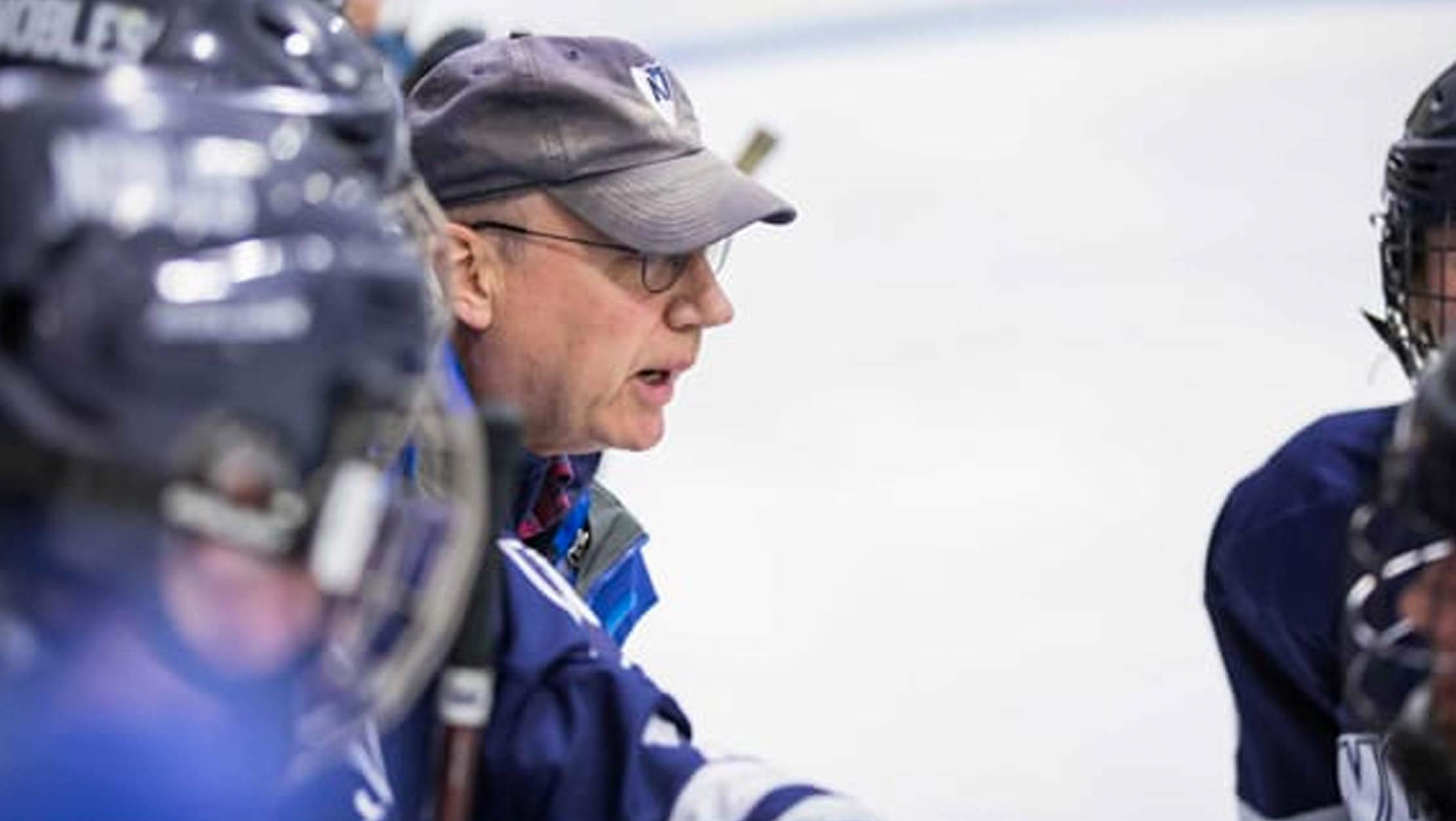 On February 10, Tom Resor won his 700th game coaching hockey at Nobles. The win was against Westminster. Resor’s milestone exceeds the record of the school’s next winningest coach by more than 250. This April, he was honored with USA Today High School Sports' title the American Family Insurance ALL-USA Coach of the Year. The title recognizes his performance, level of competition and the strength of his schedule.

In assembly on February 12, Director of Athletics Alex Gallagher ’90 recognized Resor’s remarkable record, calling him a legend and also one of the most humble athletic heroes. “Tom has become the standard bearer not only for coaches at Nobles but for coaches throughout the ISL (Independent School League),” Gallagher said. “He is deeply respected for his humility, his kindness and his relentless commitment to his players. I speak for countless others when I say that it is a genuine honor to be his colleague.”

Resor has coached at Nobles since 1986, the fi rst 14 years as the coach of the boys varsity hockey team. During his tenure as the girls varsity coach, the program has sent more than 50 players to play college hockey and helped develop 11 national team players. Resor is also a college counselor, English teacher and assistant boys varsity lacrosse coach. Outside of Nobles, Resor has coached for USA Hockey, Assabet Valley and the Cape Cod Whalers.