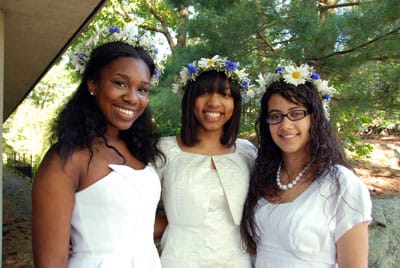 In conjunction with the unveiling of the new MLK Memorial, CNN recently aired an online video featuring Herman Hemingway, the only surviving member from Dr. King's fraternity, alpha phi alpha. Hemingway, grandfather of Nobles graduate Amarachi Iwuh '10, was a sophmore at Brandeis University (and the school's first black student) when he pledged the fraternity with other area school students. Dr. King was earning his Ph.D. from Boston University at the time. Amara, now a sophomore at Howard University, also appears in the video (around the 1:50 mark) and speaks about Dr. King's lasting legacy. Click below to watch the video.