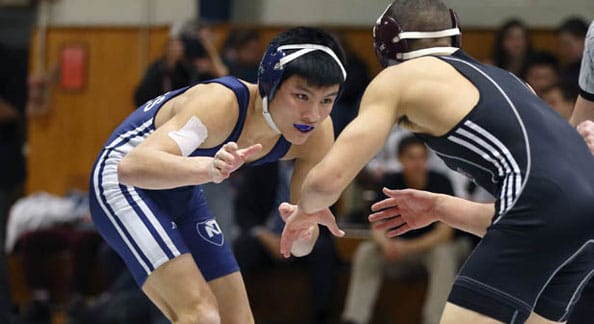 Nobles hosted the annual Graves Kelsey Wrestling Tournament on Sun., Feb. 10, for the first time since 2003. Teams from 13 ISL schools participated in the event and, despite scheduling and travel challenges due to a hard-hitting winter storm, the event was a huge success.

Wrestling started with the opening whistle at 9:30 a.m., and concluded at 6:15 p.m., when the final awards were handed out.  Nobles finished in 5th place, just behind Milton Academy and only three points ahead of Brooks. Of the 12 Nobles wrestlers who competed on the day, 10 earned medals for finishing in the top six.  Those medalists were:

Thanks go out to graduates Matt Wilkos, Matt Stansky and Gene Robinson, as well as to faculty member Mark Sheeran, who helped run the tournament smoothly and efficiently.