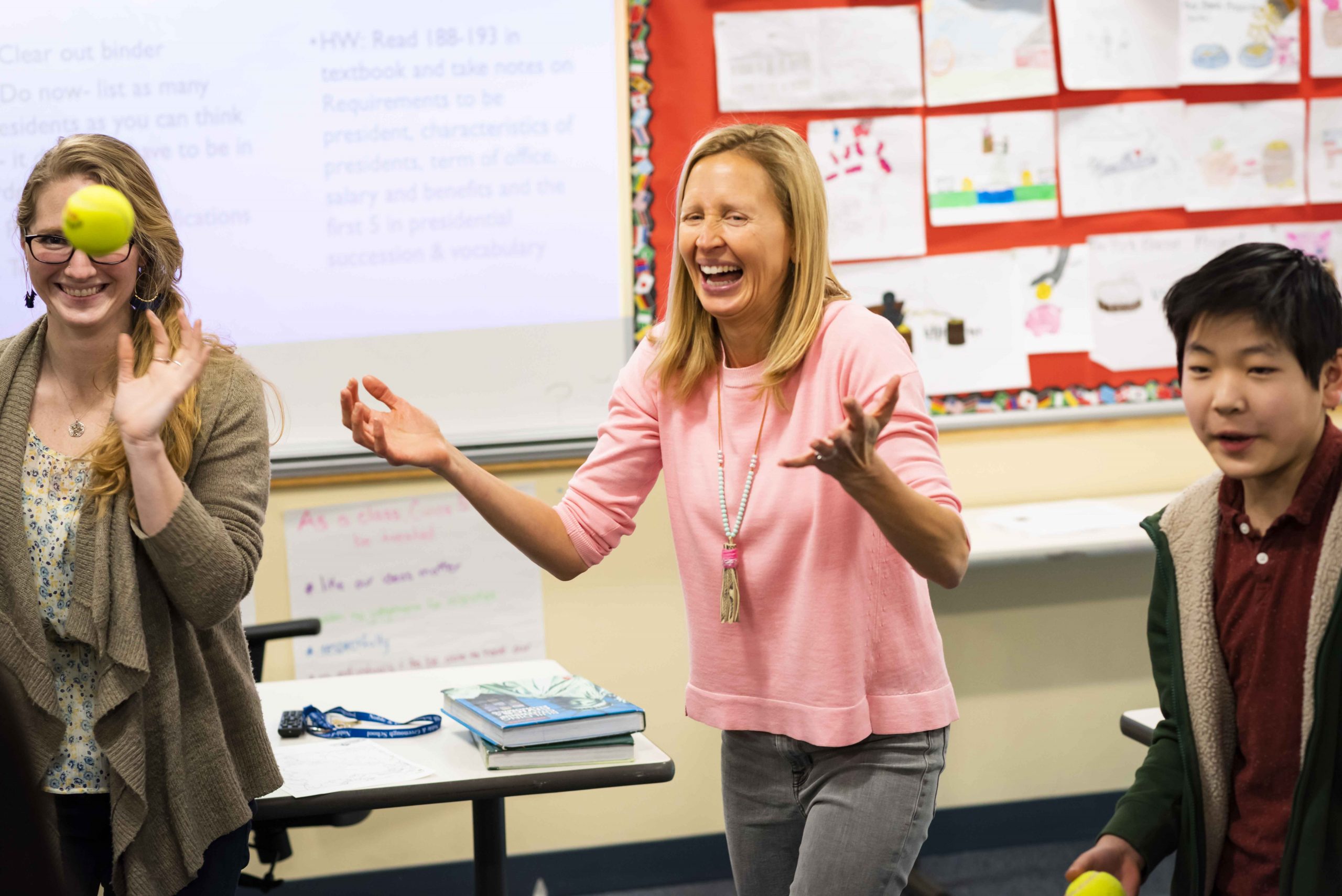 The energy in Melissa Lyons’ Class V Civics class is humming from the moment you enter. (She also teaches geography to Sixies.) Ten eighth graders are seated in a U; every seat is in the front row, and Lyons’ perpetual state of movement and Socratic line of questioning keeps them on point. Today, they’re examining the process of selecting and electing the president of the United States, and they begin by analyzing portraits of past presidents. “What do they have in common?” Lyons asks. Students point out that all are white, male, and mainly wealthy, which leads to a discussion about privilege, particularly in politics. Lyons asks how the candidate pool has or hasn’t changed, and what qualifications Americans now expect.

She invites students to speculate, based on what they’ve learned in class and from the current political landscape, which historical barrier Americans might overcome first. Will they elect a woman? A person of color? Someone Jewish? Someone gay? As students explain their predictions, Lyons reminds them of ongoing flexible thinking, repeating a mantra they all seem to recognize: “In class, we have the right to change our minds and try something new.” One student acknowledges the importance of diverse representation, but insists that sound policy-making prevails. Students also weigh how a candidate’s qualities may be perceived differently across genders, e.g. that an assertive or ambitious female candidate might be criticized for the same characteristics widely considered praiseworthy in a male opponent.

A hallmark of Lyons’ class is her empathy for her young students and the inventive ways she meets their different learning styles. Midway through the class she announces a movement break, and students eagerly join her to form a standing circle in which they try to keep a tennis ball in play. The exercise only takes a couple of minutes, but re-energizes and unites them. In this classroom of thinkers and debaters, Lyons reinforces intellectual exploration with humor. She also finds an organic moment during their discussion to review their community norms: honoring confidentiality; listening to understand rather than to respond; accepting the speaker’s point of view as true for them in the moment; speaking from the “I” perspective and leaning into discomfort—being willing to have the tough, candid, caring, courageous conversation.

For the final activity, Lyons assigns the class to two teams and allows them a few minutes of fervent preparation for a debate arguing for and against presidential term limits. Those arguing to strike term limits point out the need for an experienced candidate and the right to maintain a good public servant in office. Citing a range of factors, from changing demographics to the need for fresh ideas, proponents of term limits make at least as strong a case. Throughout the debate, as students habitually refer to presidential candidates with the pronoun “he,” Lyons gently prompts, “they,” to employ more inclusive language. As students continue to slip up on the pronouns, their classmates step in to remind them—like Lyons, gently, and with a smile—”They, not he.” And in these ways big and small, Lyons inspires students to change the way they think about what exists—and what is possible.