by Noble and Greenough School
Academic May 13, 2015 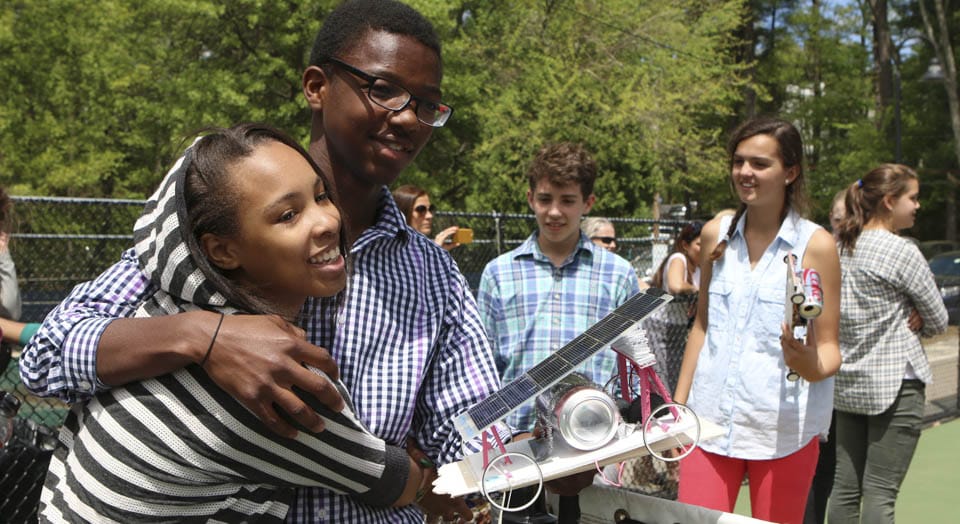 On May 13—as one of the final rites of passage in the middle school—Class V students took their science skills to the races for the 16th annual solar car race day.

Working in pairs, students developed strategies for using the sun to power miniature cars made of a variety of materials, including soda cans, wire, Styrofoam and even Band-Aids.  Students also named their cars: Roadkill, Raindrop, Achilles Wheel and Pink is the New Black were among the names of the sometimes-sleek machines.

Of more than 25 teams competing on the tennis courts, Udder Destruction, designed by Brynn O’Connor and Cate MacDonald, sped ahead of the rest in the final heat to win top honors. Other teams won recognition for innovation, craftsmanship, technical merit and other categories.