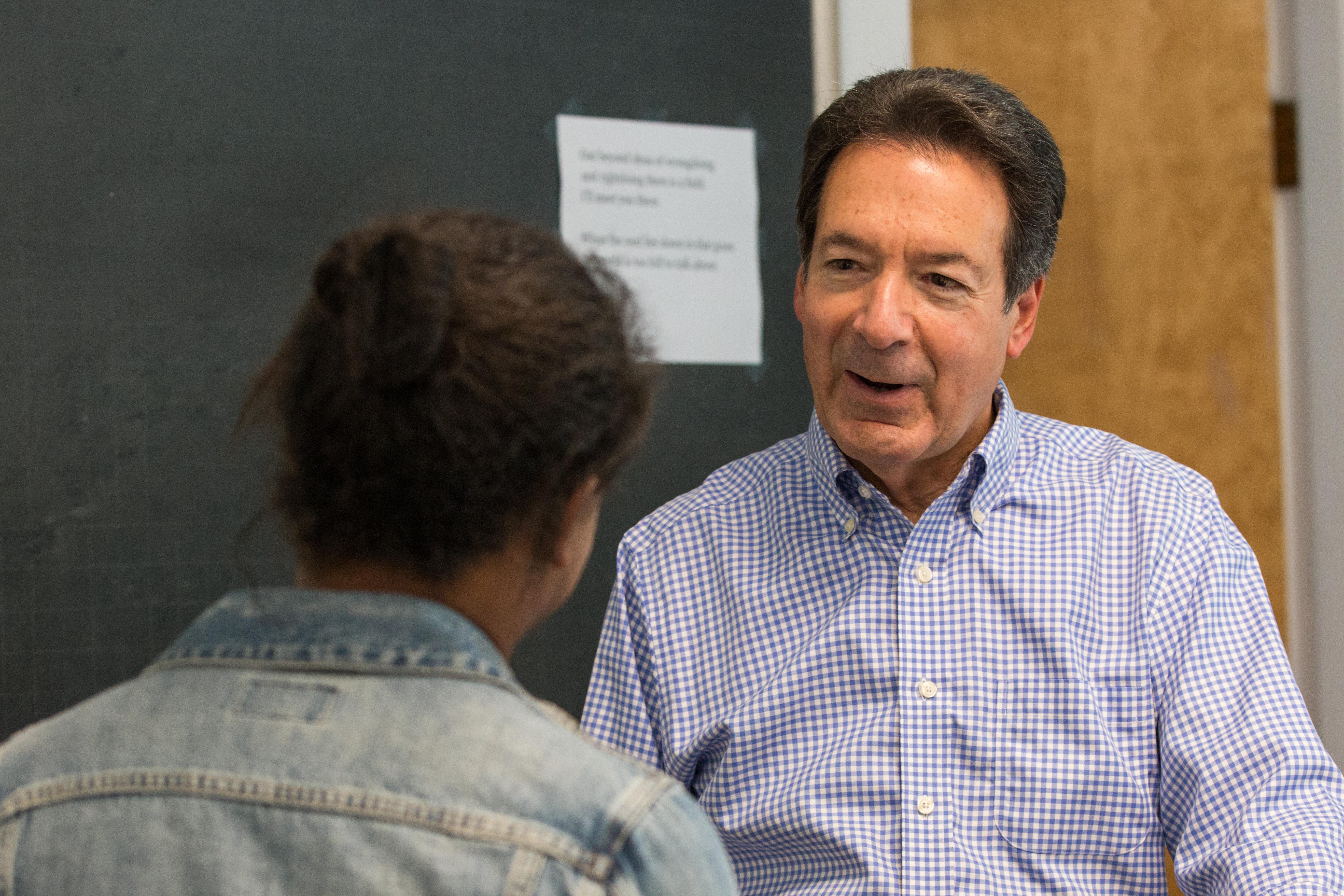 On May 17, Joe Bergantino, co-founder and executive director emeritus of the New England Center for Investigative Reporting, visited The Nobleman.

Student staffers and faculty members Henry Kinard and John Hirsch welcomed Bergantino, who shared that his passion for news started when he was 9 and extended into his high school years when he edited his school paper.

According to the website of the New England Center for Investigative Reporting, Bergantino has been a national and local investigative reporter for 35 years. He spent most of his career as the I-Team Reporter for WBZ-TV in Boston.

Frustrated by the increasing lack of depth in television news, Bergantino told The Nobleman team that he decided to train a new generation of investigative reporters.

“You can make a big difference in the world with investigative reporting,” he said, citing Watergate and other historic revelations. “It’s not easy, It’s not for everybody. But it’s really fulfilling.” It can be about holding the world’s most powerful people accountable, he said.

Bergantino told students never to assume anything, referencing the blurring between opinion journalism, fact-based journalism and what’ become known as “fake news.”

“The reality is that all journalism is fact-based journalism.”

Bergantino helped students brainstorm what investigative reporting might look like on a school campus. “[This kind of journalism] takes incredible persistence and patience [and] every story should have a focus,” he said, emphasizing the need for verification of facts and for creativity in collecting them.

During his career, Bergantino has won many of the broadcasting industry’s most prestigious awards including a duPont-Columbia Award and Citation, a Robert F. Kennedy Award for reporting on the disadvantaged, and a Gabriel Award.

He has won several local Emmy awards including one designating him Best Investigative Reporter in New England. He was twice nominated for national Emmys for his work in 2002 and 2004. Bergantino is a clinical professor of journalism at Boston University and has taught journalism courses at Boston College since 1995.