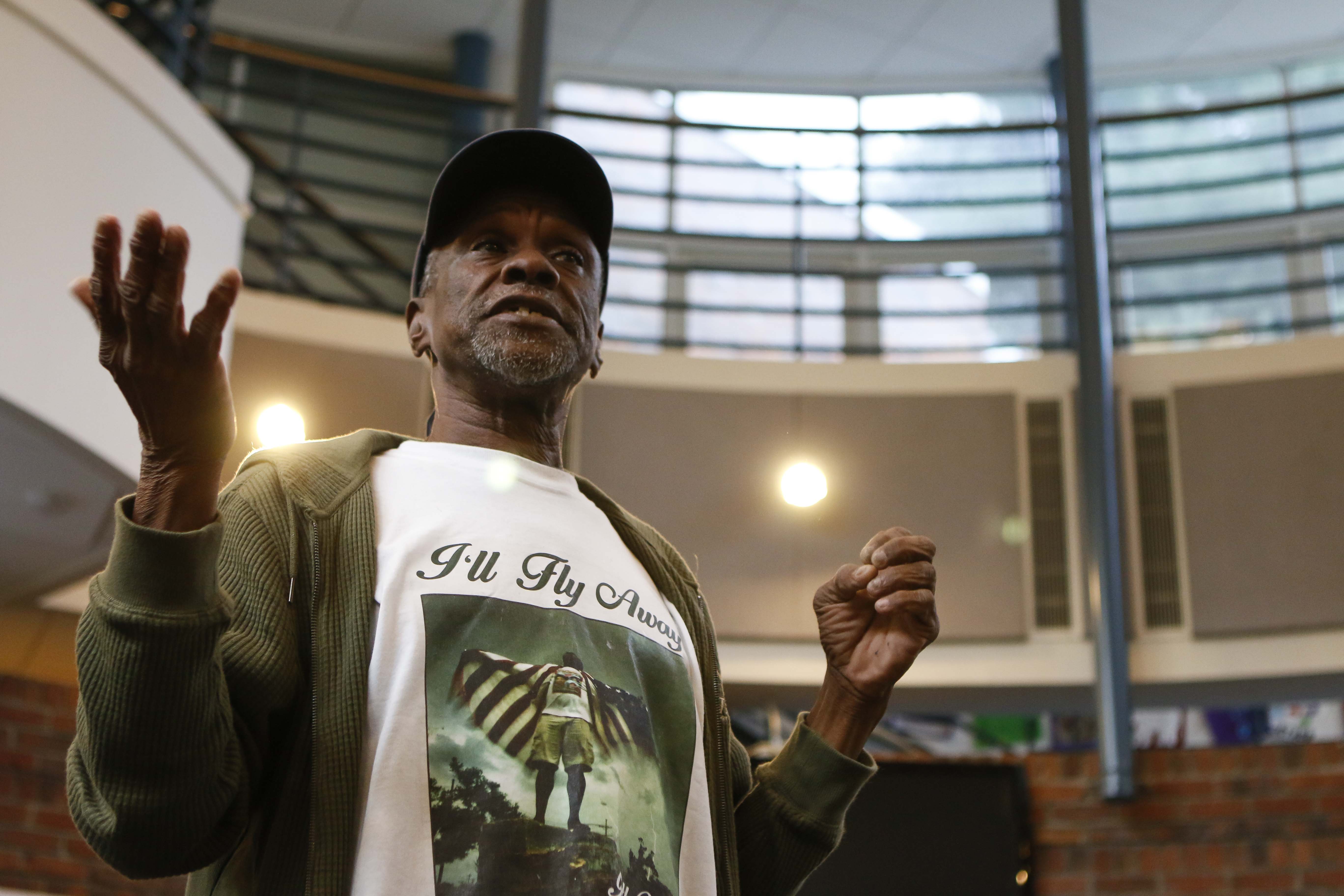 Students scarcely breathed as Hurricane Katrina survivor Robert Green described the anguish of losing hold of one grandchild to the river while struggling to help another one to safety. Green also lost his mother the next day.

Green is a longtime friend of Nobles, because of the school's commitment to service in rebuilding New Orleans (in particular, the hard-hit Lower 9th Ward Green calls home) since 2007. In the photo at left, his t-shirt bears the iconic photo taken by Pulitzer Prize winning journalist Ted Jackson, in which Green is draped in the flag that covered the casket containing his mother, a Navy veteran.

In conjunction with a screening of the post-Katrina documentary, "Second Line/Second Life" by Rick LaVine, Green spoke of the harrowing experience of the storm and the tragedies that rocked his family and community. He also described the blessings that have emerged from the destruction. It is with a remarkable sense of hope and gratitude that Green focuses on the relationships that could only come from a community healing together, joined by those who want to help.

A Nobles group will return to New Orleans in March of 2016 to continue their work, helping the residents of the Lower 9th to rebuild and move on.