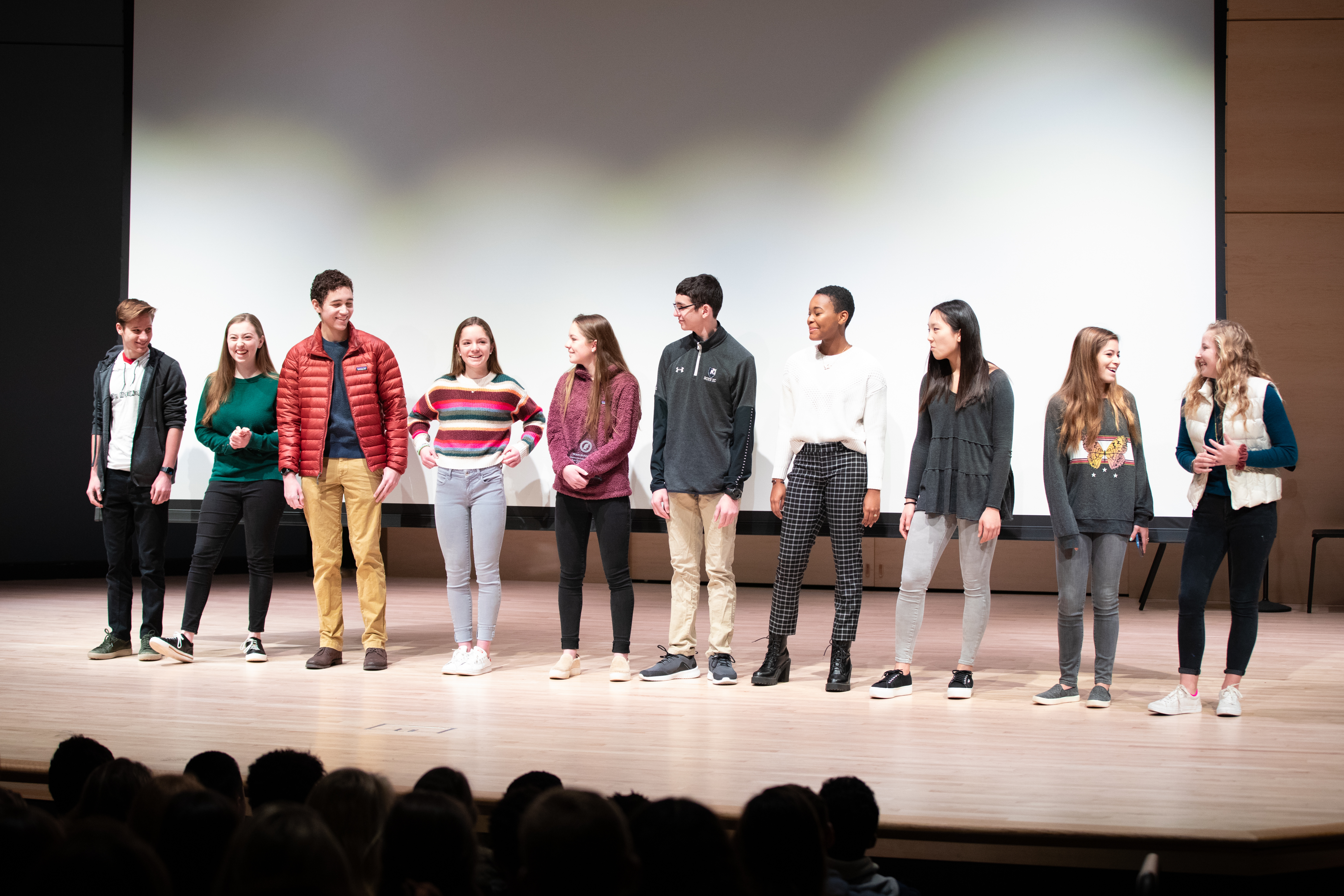 After a brief opening presentation, both teams competed in three preliminary rounds discussing topics such as the ethicality of hosting weddings on former southern slave plantations, public school teachers going on strike, and distancing oneself from grandparents who espouse “old-fashioned” racist and homophobic rhetoric.

During the lunch break, we learned that Team 1 qualified for the semifinals. Team 2 did not place, but went 1-2 in the preliminary rounds, and they were really strong in their organization and presentations, and were exceptionally poised when contemplating and responding to tough questions from the opposing teams and judges.

In the semifinal round, Team 1 faced Moses Brown. Nobles prevailed in a closely contested match about the ethicality of democratic citizens removing themselves from endless news streams and of “Project Prevention,” a non-profit that offers monetary incentives to drug-addicted women in exchange for long-term or permanent birth control. Also worth noting is that both Moses Brown teams were 3-0 going into the semifinals and both were defeated. In the final, Nobles faced Lincoln School. After thoughtful and well-presented cases and probing questions about involuntary commitment and forced chemotherapy, Nobles came up just short and the title ultimately went to Lincoln.

Because they advanced to the semifinal round, though, Nobles ethicists will have the opportunity to participate in the Summer High School Ethics Bowl Invitational sponsored by the Prindle Institute for Ethics at DePauw University in Indiana. Last year’s team had a fantastic experience there and placed second in that competition as well. The group looks forward to returning to Greencastle in June 2020!