Something to Dance About 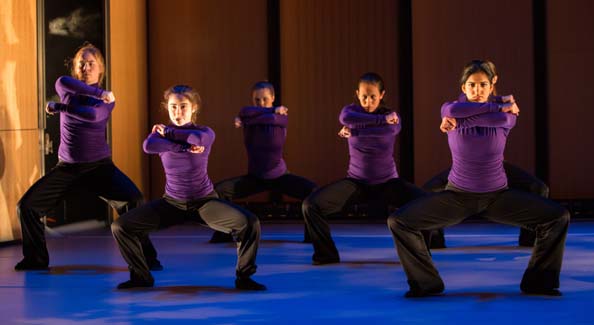 In January 2014, the dance program at Nobles will have a space of its own, and Director of Dance Jillian Grunnah is excited about how this will transform the program.

“I haven’t been able to teach students to jump,” she says, “which is one of the major elements of locomotive training.” She explains that the limitation is because she currently teaches on a concrete floor in the Morrison Athletic Center (MAC).

Next semester, Grunnah and students in her dance class or Afternoon Program will plié, jeté and jump on a multilayered floor of springs, hardwood and marley—the industry standard.

Bob Henderson, head of school, explains that the school has been considering a space for dance for years, but the program’s strength has only recently made it a priority. Early architectural drawings of the Art Center included space for dance, but it was value-engineered out of that project.

The Nobles board of trustees approved the concept for the new space in late 2012. The dance studio is now being constructed adjacent to the Arts Center with a second floor that will feature flexible classroom space as well as seven offices. Steven Baker of Baker Design Group planned the space, which will feature glass, a flat roof and plenty of natural light. The new space is designed to look and feel like it was part of the original building.

“This project expands teaching and learning opportunities as well as opportunities for performance,” Grunnah says. “It validates dance at Nobles.”

Tenets of the dance program at Nobles include intelligent and creative choreography, how to create a dance, technique- and skill-building, and dance history.

Grunnah’s training is in the Western tradition. She teaches contemporary, modern, jazz, hip-hop and ballet. “I try to get students to think creatively with their bodies,” she says.

Groundbreaking for the project was June 3. For efficiency, a secondary project to update three classrooms below Gleason Hall has occurred in tandem with the dance addition. The renovated classrooms under Gleason Hall were completed in late August 2013, in time for the opening of school. The dance project remains on schedule to open this winter.