Staying on the Ice 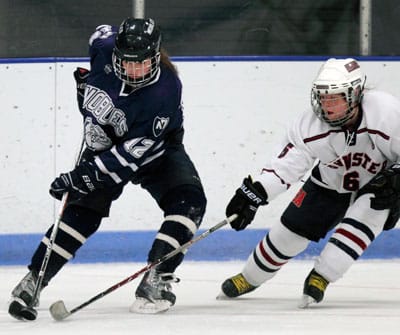 Several Nobles girls' ice hockey players—past and present—have had great success recently in both local and national arenas. Congratulations to all!

Class I student Mary Parker received the Boston Bruins John Carlton Award, given to the outstanding scholar/hockey player in Eastern Massachusetts. Parker, who will attend Harvard in the fall, was a captain of the Nobles girls' hockey team which recently won the ISL and New England Prep School Division I championships. She was also selected as the MVP of the ISL and as NEPSAC player of the year in Division One.