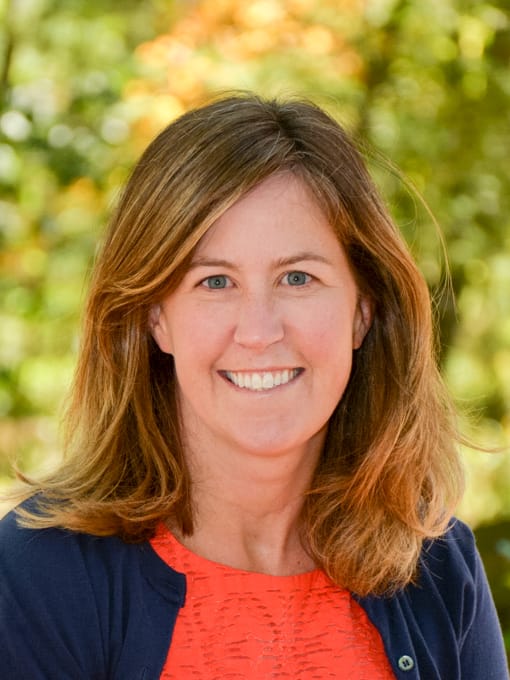 Kate Boyle Ramsdell joined the Nobles community as a teaching fellow in the Admissions and English departments in 1998 and began her work in the College Counseling Office two years later. Beyond her current role as director of college counseling, she has served as an advisor, dorm parent, English teacher, interim dean of students, coach and a Class I dean. During a portion of her sabbatical in 2010, Kate worked at African Leadership Academy in Johannesburg, South Africa. She also served on the Board of Trustees at the Meadowbrook School of Weston. An avid road-tripper, Kate aims to tour all 50 flagship state universities; so far, she has seen almost two dozen, and her 4 and 6 ½ -year old sons can say they’ve visited seven, though she does not advise starting the college process quite that early. A graduate of Williams College, Kate studied as a fellow at Columbia’s Klingenstein Summer Institute and earned her MA from Tufts University, where her thesis examined Nobles’ admission practices through various lenses.