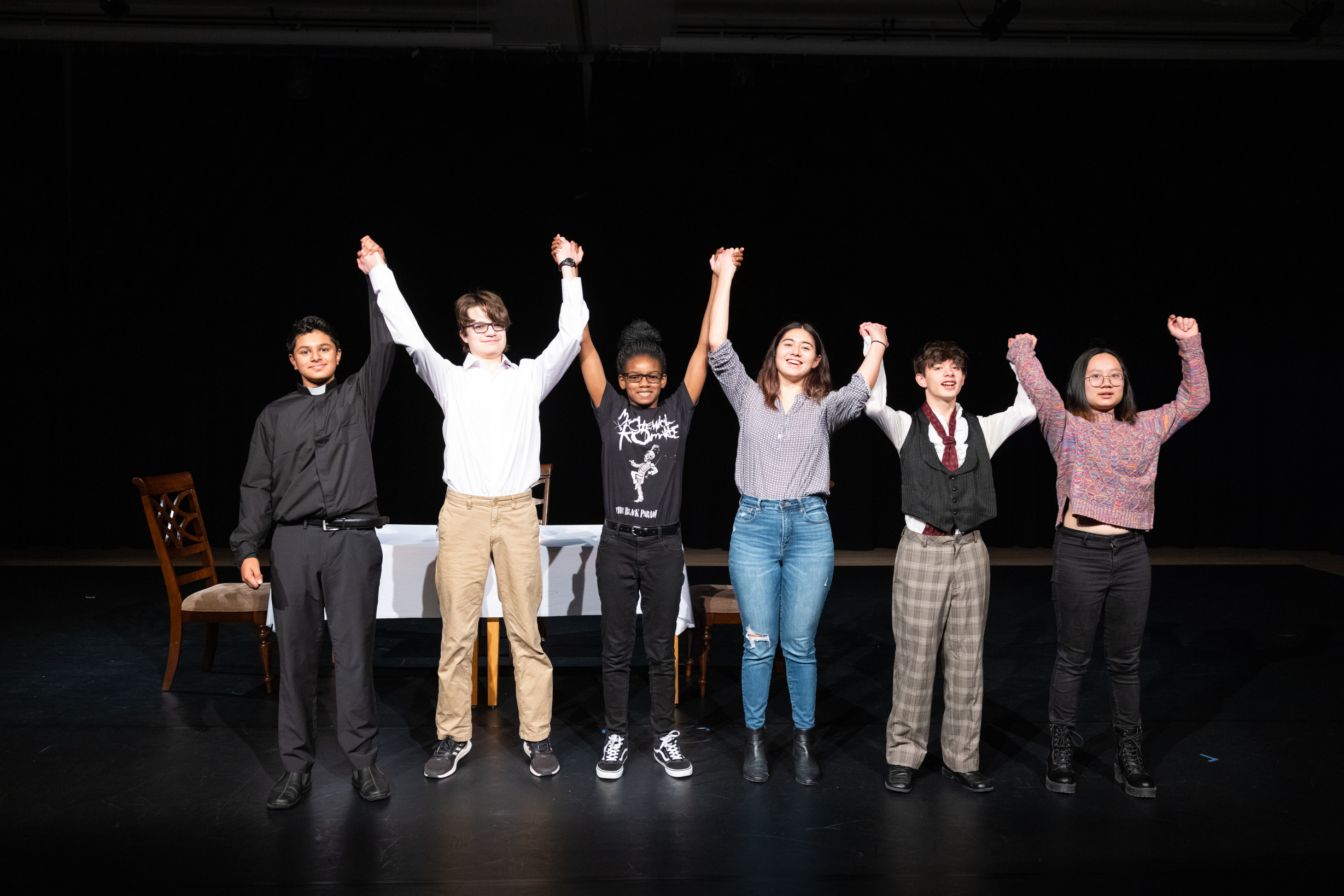 Squabbling parents, a pesky poltergeist, and a frustrated teenager yearning for independence round out the cast of “The Die-Ning Room,” the playwriting and directing debut for Jackie Zhang ’23, which premiered Halloween weekend in the Goins Dance Studio.

After relocating his family for a new job, father Andy Miller (Alex Stein ’25) and mother Carol Miller (Madeleine Li ’23) clash as the move intensifies fissures in their fragile marriage. Sick of the cross-fire, their 16-year-old daughter Elsie (Valentina Chukwu ’24) defies their overbearing expectations and asserts her plan to start over in New York City, away from the bickering. Fueled by tension, the new home’s resident spirit (Jonathan Tillen ’25), who met his demise by his own parents’ negligence, triggers a near tragedy that results in the family’s reconciliation. Stage manager /light board operator Shrisay Reddy ’24 provides comic relief as an earnest priest summoned for the exorcism.

With witty, natural dialogue, apt casting and a message about the need for teen independence and parental empathy and communication, Zhang makes a memorable debut.

View the gallery of photos by Ben Heider below.