The Stories of a Lost Generation 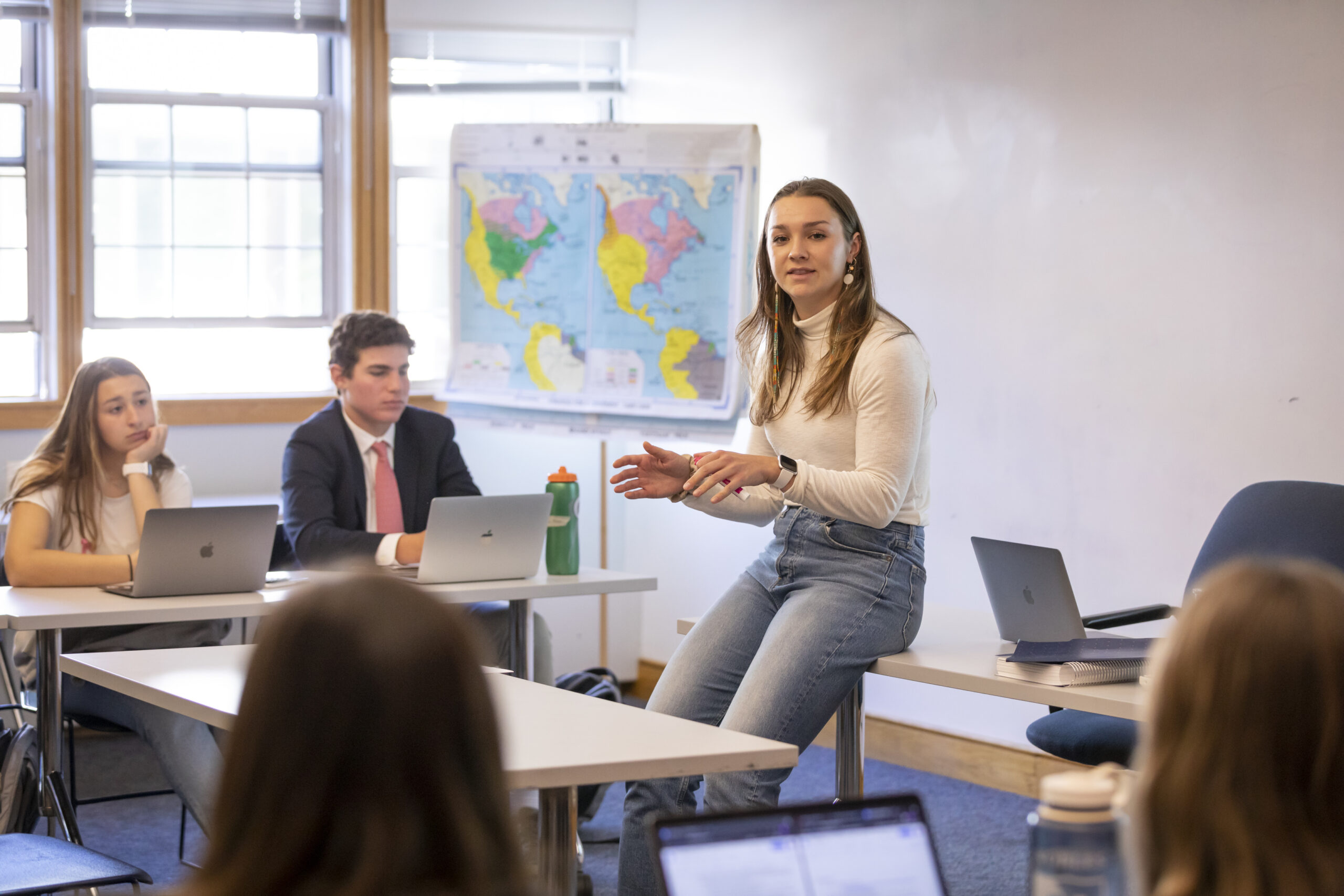 Abby Kelly’s sophomore U.S. History class is bantering lightly on a crisp October afternoon when she solemnly says, “We’re going to get into a pretty serious topic, so take a breath.” Launching into the day’s subject, residential schools for Indigenous children in North America, Kelly refers to the previous night’s reading about Lt. Col. Richard Henry Pratt, founder of the Carlisle Indian School in Pennsylvania, who infamously preached: “Kill the Indian, and save the man.” Pratt’s school, founded in 1879, was one of the largest of its kind in the U.S., and served as the template for hundreds of others. Kelly frames the discussion as a piece of a more complete understanding of unheard accounts in American history, but also as an acknowledgement of Indigenous Peoples Day the following Monday.

Kelly, who is half Native American, has spoken at Nobles about her experience growing up on a reservation, of her closeness to her family and profound respect for her culture. At this point in the fall, her students have learned about westward expansion and colonization, as well as the displacement of Native people through legislation like the Dawes Act and Indian Removal Act. She queries what they already know about residential schools, mentioning this summer’s spate of horrifying news stories about mass graves discovered at such schools in Canada, with victims as young as four years old.

Studying a passage written by Pratt, students point to his self-justification as a proponent of Social Darwinism. They note his patronizing tone, his view of Native Americans as subhuman—and his patriarchal duty to redeem and civilize them. Native families were manipulated to believe schools like Pratt’s offered prized educational opportunities; in reality they were often tools of the U.S. government used to exert tribal control and resulted in the cultural genocide of thousands.

Residential schools were an extension of forming reservations to “civilize” and “assimilate” Indigenous Americans, Kelly explains: Their dehumanizing tactics erased culture, instilled fear and set off reverberations of intergenerational trauma. Native children taken from their homes were stripped of their birth names, language and customs just as they were their traditional clothing and long hair. Ironically, Kelly points out, the cutting of one’s hair in Indigenous cultures often represents mourning; in this case, the forced shearing marks the death of identity. As Kelly points out through showing survivors’ video testimonies, these crimes are shockingly recent: one man weeps as he recalls his native language being beaten out of him in the 1970s. Others recount inhumane, unsanitary conditions, malnutrition and psychological and sexual abuse.

The widespread and underrepresented scourge of residential schools affected thousands of Indigenous North American families from hundreds of tribes, a tragedy Kelly calls The Lost Generation: “Consequently, there is a whole gap in their knowledge of what was supposed to happen and how they were supposed to keep promoting, celebrating and practicing their culture.” She says survivors tend to suppress traumatic memories, reluctant to burden others—but also struggle to manage the pain that manifests in self-destructive behaviors. Lacking familial models and counseling after their release, many survivors have struggled to create their own functional families. Cycles of abuse, alcoholism and mental health crises still echo painfully today in their children, and their children’s children.

Visibly moved after viewing the testimonies, Kelly shares the story of her own 93-year-old grandfather who narrowly escaped such an institution, only because his grandmother fiercely fought for him. “So it’s obviously very meaningful to me, but also something that I think everyone should be educated on,” Kelly said. 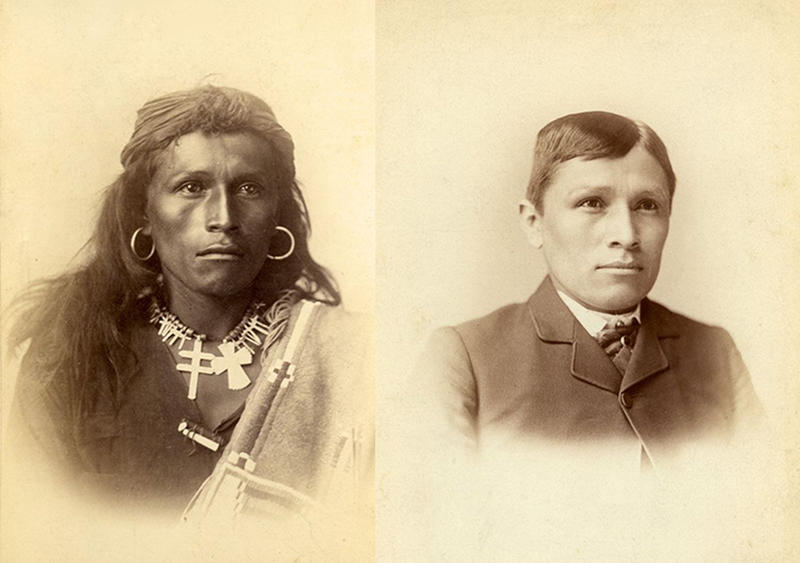 “When we think about history, a lot of it seems like just dates and looking back from a very academic standpoint — but it’s also important to include personal stories, because those are our history too.”Abby Kelly

Sharing photographs of the Carlisle Indian School’s classes of Native children in uniform with harsh, identical haircuts, and a particularly iconic before-and-after image of one young Native boy who was assimilated by the school, Kelly explains, “When we think about history, a lot of it seems like just dates and looking back from a very academic standpoint—but it’s also important to include personal stories, because those are our history too. It’s how we come to understand and see what people went through in those times. While these stories are hard to watch, the experiences are important to recognize. Hopefully, we’ll see more uncovering of these truths and real data about these schools, like we’re seeing in Canada.”

On an inspiring note, Kelly told students, “Going into Indigenous Peoples Day, it’s about celebrating the idea of our resilience through this and through everything, through relocation, residential schools and wars. It’s to celebrate that we’re still here, flourishing in our cultures.”

Learn more about residential schools and their impact on Indigenous communities:

And for information about education, advocacy and healing: