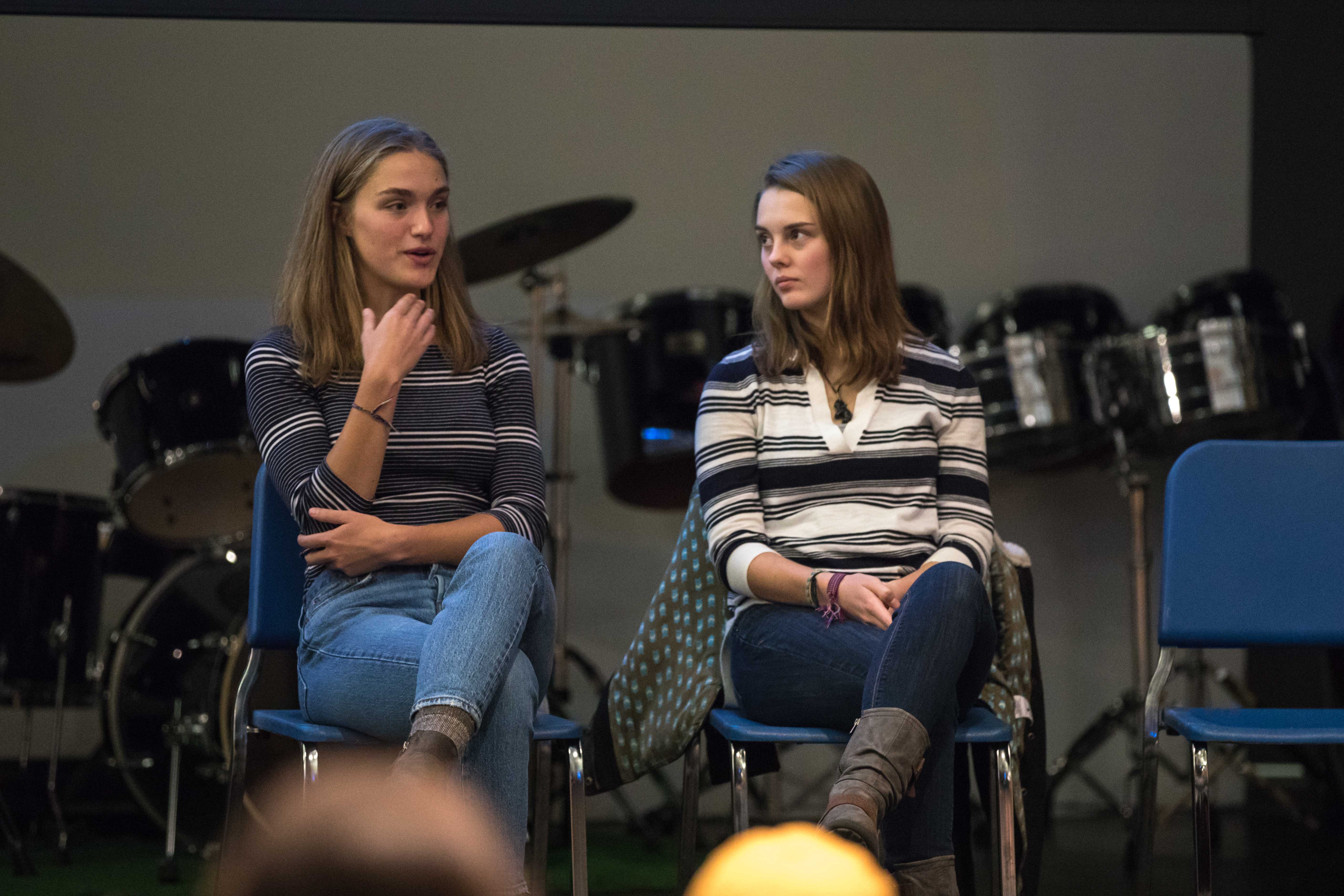 On January 7, recent graduates Helena Jensen ‘17 and Annika Harrington ’18 returned for a panel discussion about their gap year experiences for an audience of current students and their parents. Director of College Counseling Kate Ramsdell and Director of EXCEL Ben Snyder helped lead the discussion.

Harrington spent the fall in Guatemala and Costa Rica with Thinking Beyond Borders and will go to Chile for the second half of her year away. She will attend Williams College next fall. Jensen spent last summer rowing for a club in Boston, and then worked at the Massachusetts State House and for documentarians, before spending the second half of her year in Denmark, where she has family and dual citizenship. She is now attending Georgetown University. Both students said that they needed a reset after the rigor of Nobles.

Snyder explained the benefits of taking time away from school before college: “It’s easy in this environment to fall into what you’re supposed to do.” He described the gap year as a chance to step off the treadmill, gain new experiences and skills, and return more ready for college. Jensen agreed, saying, “It was an impactful experience, coming back to school and it being something I decided to do.”

Gap years have gained more attention in America recently, evidenced by the recent Wall Street Journal article that features Nobles graduate Peter Scharer ‘17. He spent a year studying Hindi and Urdu and volunteering at a school in northern India before beginning his freshman year at Princeton University this fall.

From the audience, Madeleine Charity ’19 asked about the difficulty of the transition back to school after time away. “The data says kids who take gap years do better in college,” Snyder explained. Ramsdell agreed, sharing evidence that, when students return to school after a gap year, they are more likely to take advantage of resources available to them there. As Harrington said, “I’m more excited for college than I was 6 months ago.”

The panel reiterated the Wall Street Journal’s point that the success of a gap year is not dependent upon income. Jensen and Harrington both took on jobs during their gap years to help fund their plans. Jensen explained, “Gap years are not limited to American programs. You can often piece them together with resources around the world, often at lower costs.”

Taking a gap year can benefit young adults in school, work and life. Snyder explained the problem solving skills that the freedom of a gap year can help develop. “Our best and most powerful learning experiences come when things don’t go right,” he said. “Becoming an adult has a lot to do with learning to work through that.”

The annual gap year fair will take place this Saturday, January 12 from 1 to 4 p.m., beginning in Lawrence Auditorium and then moving to the Henderson Arts Center lobby.