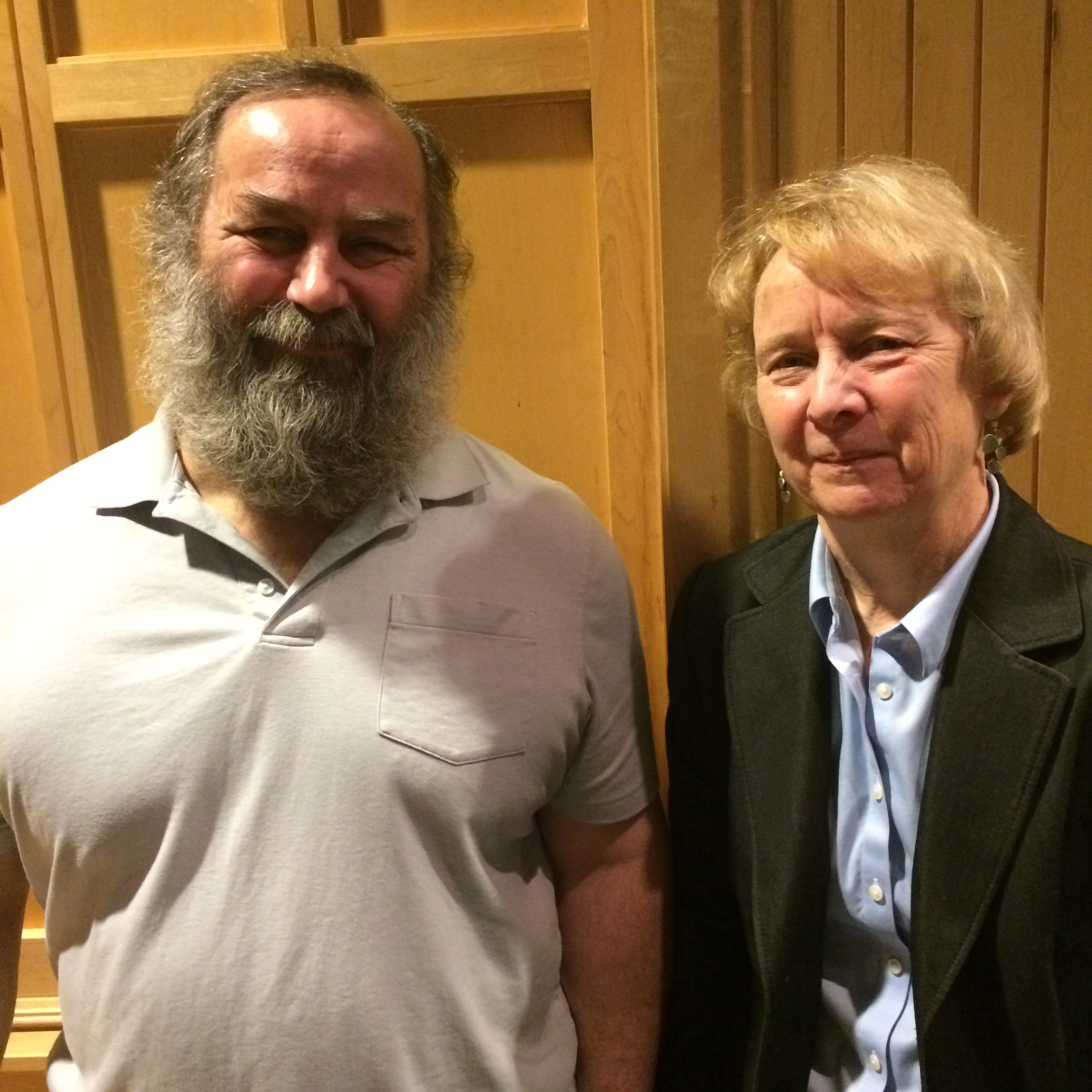 Denise McWilliams, Executive Director of NEIP, has built her 35-year career on social justice, and providing legal representation to disenfranchised communities. Dennis Maher speaks about his experience as an innocent man who served more than 19 years in prison before he was exonerated by DNA evidence. His is one of only 325 cases of its kind to date.

McWilliams says that studies estimate 2.3-5% of all those incarcerated in the U.S. are wrongfully convicted, which translates to 43,0000-100,000 innocent prisoners. Leading causes are eyewitness misidentification, false confessions, government or law enforcement misconduct, improper forensic science, informants, and inadequate defense.

At 23, U.S. Army sergeant Dennis Maher was looking forward to decades of service to his country, and a fulfilling family life. His plans were derailed when, on November 17, 1983, Lowell police apprehended him because his clothing matched that described by two rape victims. Maher was initially put on probation when not pointed out in a lineup, but police maintain that when victims were shown a photo of Maher, they independently identified him. In the nearby town of Ayer, an unsolved rape case was also pinned on Maher, when that victim identified Maher from a photo. Assigned a trial lawyer who was later disbarred because of his incompetence in Maher’s case, he was found guilty. Angered by the injustice of the conviction, Maher had some choice words for the judge and the system that had wronged him, which increased his 10-15 year sentence to 20-30 years.

The prosecutor in the case, J.W. Carney, (perhaps most recently known for his work for client Whitey Bulger) felt unsettled about the terrible representation Maher had received. He urged the Middlesex County public defender’s office to appeal the case, but even then, Maher’s new lawyer was unsuccessful in overturning the three convictions.

While in prison, Maher caught an episode of Phil Donahue’s talk show featuring Barry Scheck, co-founder of the Innocence Project, talking about using DNA evidence to exonerate innocent prisoners. Maher was inspired to write to the Innocence Project, and felt new hope, but when interns requested evidence from Middlesex County, they were told it was lost.

Aliza Kaplan, with Boston law firm Testa Hurwitz & Thibeault, was assigned to work on the New England Innocence Project, which was just starting in her firm’s offices. When she and intern Karin Burns arrived at the treatment center where they were to meet Maher, a guard said, “It’s about time. If anyone’s innocent, it’s Dennis.”

Months of filing motions and chasing leads led nowhere. It was only when intern Burns befriended a courthouse clerk that the “lost” evidence in Maher’s case was uncovered in the courthouse basement. It contained the victim’s clothes, and the DNA evidence that finally excluded Maher, not only from the Lowell case, but the one in Ayer.

Maher choked up when he recalled the moment on April Fool’s Day, 2003, when attorney Aliza Kaplan asked him, “When do you want to go home?” He shed his chains and reunited with family and friends. When Carney, the attorney who had prosecuted him, requested a private meeting in which he apologized for his role in the case and the incalculable repercussions to Maher’s life, he replied, “I’ve already forgiven you.”

Maher, who always proclaimed his innocence, has gracefully turned to his future, actively choosing not to be consumed by bitterness and what if’s. He lives with his wife, Melissa, and children, Joshua (10) and Aliza (9), who is named for the attorney he says, “I can never repay.”

Maher told Nobles students, “You are the future of this country….you might even become president. High school can be the hardest time of your life, but strive to be your best.”

Learn more about the Innocence Project.