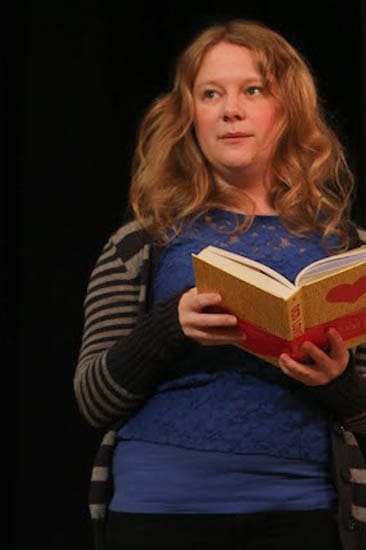 On February 21, Nobles welcomed writer Corey Ann Haydu ‘01 to campus. Haydu first stop was the assembly stage, where she read a passage from her young adult novel, OCD Love Story (2013), to faculty and students.

From there, Haydu joined Tim Carey’s creative writing class to talk to students about her journey after high school. While at Nobles, Haydu was a self-described “theater kid.” After graduation, she went on to study acting at NYU’s Tisch School of the Arts. Haydu acted professionally for five years in New York before foraying into publishing and writing.

Although the two careers may not seem to intersect, Haydu told students that her years as an actor help with her writing. “So much of being an actor is getting yourself into a situation and understanding it fully…the same work that I used to do before acting in a scene, I now do while writing a scene,” she says.

Haydu spent the rest of the day visiting other English and theatre classes, talking with students and eating lunch with the on-campus book club. She ended the day with a book signing in the Arts Center.