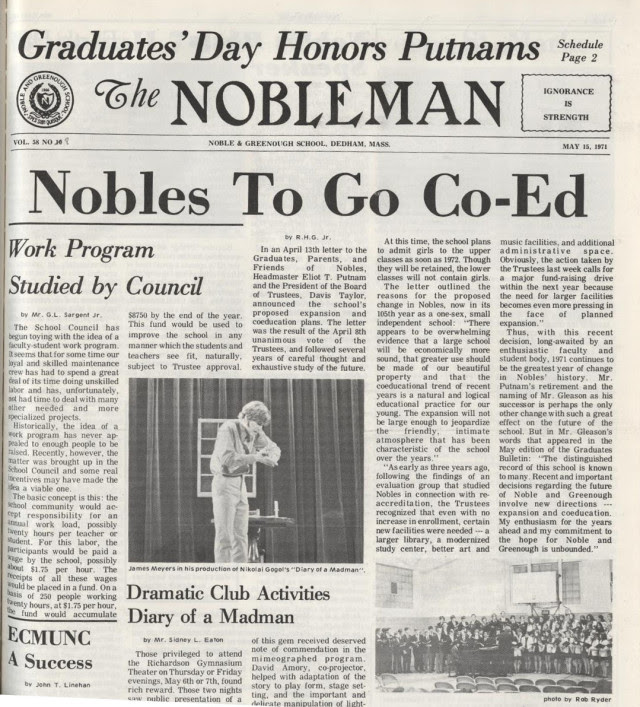 The May 15, 1971 issue of the Nobleman announces the Board of Trustees’ decision to embrace co-education. (Source: Noble and Greenough School Archives)

50 years ago, on April 8, 1971, the Nobles Board of Trustees unanimously voted to incorporate women into the Nobles community. The decision to go coed was six years in the making and part of a larger conversation by the Long Range Planning Committee about expansion through enrollment, facilities and curriculum. This decision also came at a time when coeducation in independent schools was gaining popularity across the country.

Following the April 8th vote, a letter was sent out to parents and guardians informing them about the decision to admit girls as soon as 1972. It was well received by faculty, staff, students and parents, as the majority of community members had been in favor of coeducation plans. Although women wouldn’t come to Nobles until the fall of 1974, the spring of 1971 marked the beginning of a clear transition period for Nobles. Edward (Ted) Gleason was announced as Nobles’ fourth head of school in January, succeeding Eliot T. Putnam, who served as head of school for 28 years. Gleason would lead the school into the next chapter of its history, a school that was diverse in religion, race and gender.