A Gentleman in Shattuck

by Noble and Greenough School
Academic, Graduates, Upper School May 22, 2018 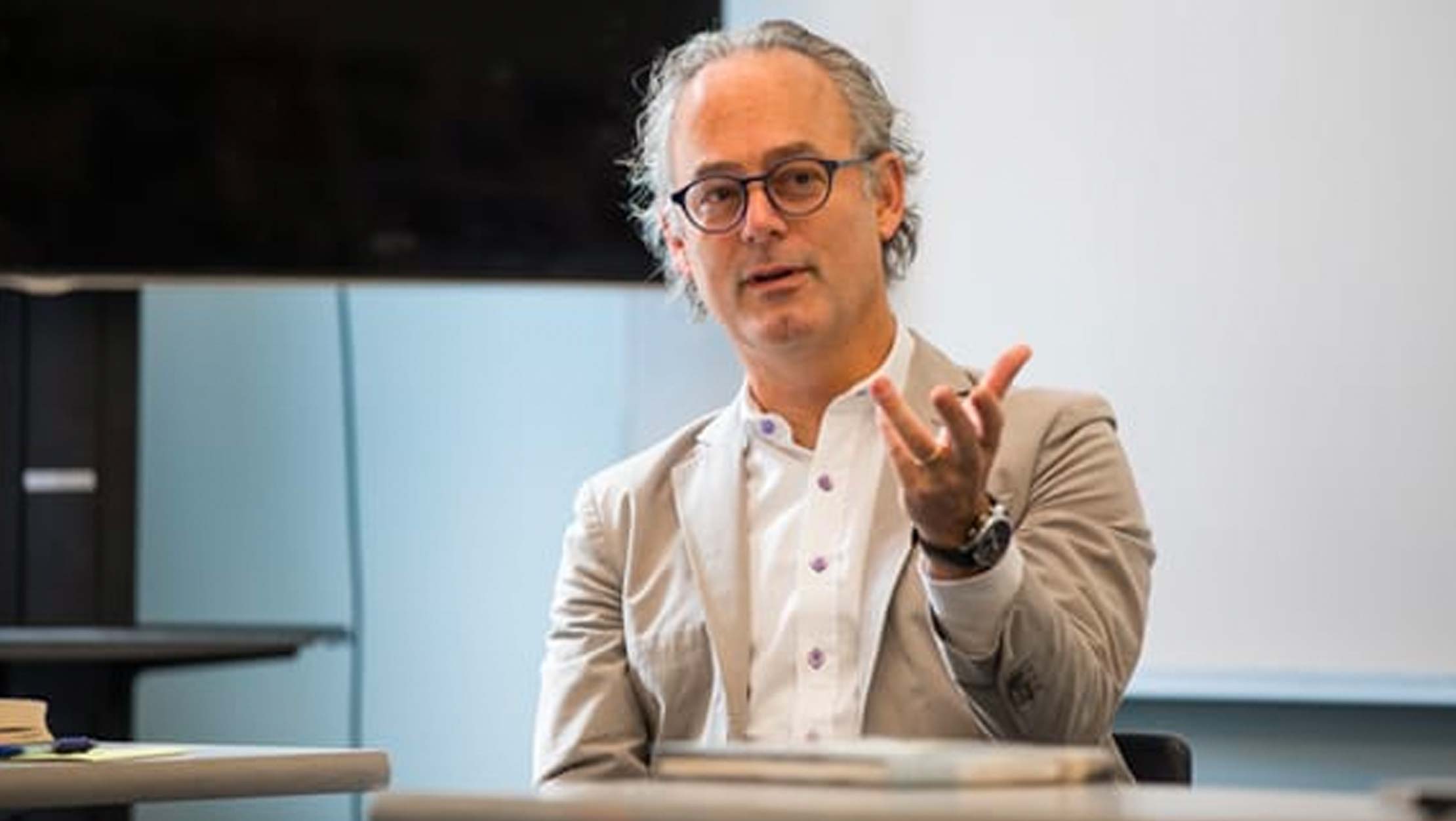 Amor Towles ’83 delighted students in Dick Baker’s Russian Literature course with a visit to discuss his newest novel A Gentleman in Moscow.

The class began with an analysis of the novel among the students exclusively, while the author and teacher listened in. The book prompted discussions of obedience, materialism and politeness. Students discussed how the novel’s use of the word “comrade” simultaneously minimizes and expands the protagonist’s world.

Baker then asked the class if anyone had any questions for the author, to which Lily Hicks ’18 responded “I have a few!” Baker laughed, “I thought you might.” She asked about the novel’s intended audience and Towles explained how he wanted to “write something from which anyone can derive meaning.” He expressed enjoyment that his book about relationships gained popularity through “people giving the book to each other.”

Jason Tang ’18 asked if the book preached a system of values. Towles smiled and explained, “The goal of narrative is that, if I give it to 100 people, they will all come away entertained and with a different impression of what it meant.” He discussed the longevity of Shakespeare’s works, saying, “If we all walked away with the same impression of what Hamlet meant, it would not be a famous play.”

Towles then explained the book’s structure, carefully constructed to show that some moments last forever while other years can slip quickly away. Baker smiled, “These writers are pretty smart.” Towles humbly explained his process, “It’s a combination of thorough planning and letting things happen that are surprising.”

Click here to read the Nobles magazine review of A Gentleman in Moscow.