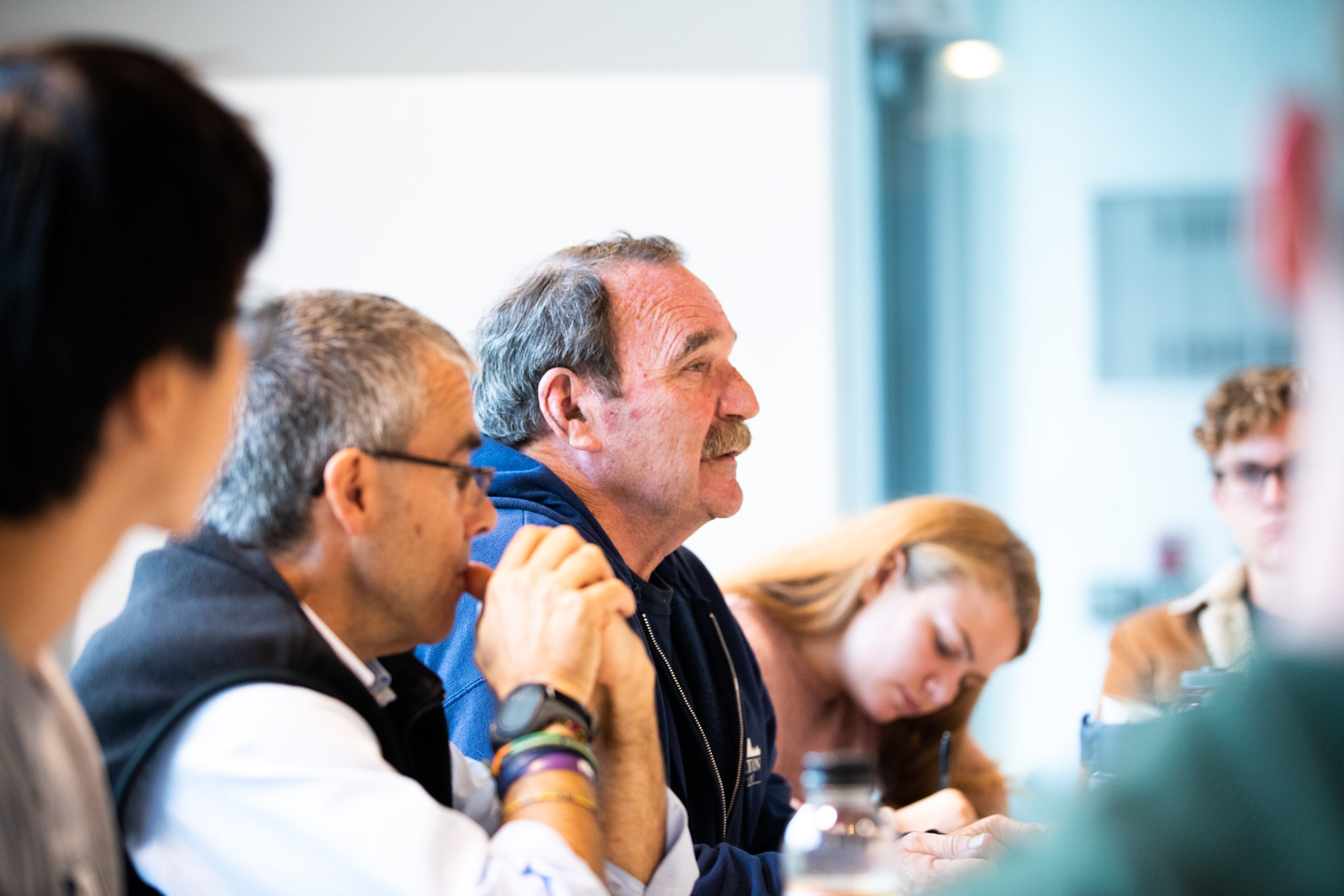 On October 17, Vietnam veteran Bob Lynch visited Ben Snyder’s Modern America at War classes to share his experience with them. Lynch, who grew up in nearby Roxbury, shared his personal perspective on wartime, bringing history to life for the students. Lynch opened with some levity as he began to discuss what basic training was like, explaining that he grew up “with eight brothers and three sisters with one bathroom, so basic training was like nothing.”

A talented athlete in high school, Lynch told the students about the path that he could have chosen — the story of the young football player who was pursued by schools like Notre Dame and by professional teams such as the Dallas Cowboys. Lynch, however, chose a different path — one that involved fighting for his country in a land that was entirely foreign to him.

The class listened intently as Lynch described the unfathomable difficulties of war in the trenches, explaining that he “went to Vietnam a teenager and came back one year later a 40-year-old man,” due to the intensity of his time there. Students inquired thoughtfully about his year in Vietnam, asking about injuries that he sustained and whether, looking back on it all now, he would still choose to go.

Reflecting on Lynch’s visit, Snyder explained, “there are an infinite number of ways in which a visit like Bob’s is relevant to a course like this. We study the causes of America’s most recent wars, the impact of those wars on those who were involved (civilian and military on all sides) and the consequences and lessons of those wars. I’ve known Bob for many years, and his annual visit is incredibly impactful both for him and for our students.” Lynch’s visit was especially pertinent for a number of the students, as a group of Nobles seniors will have the opportunity to travel to Cambodia and Vietnam in March.