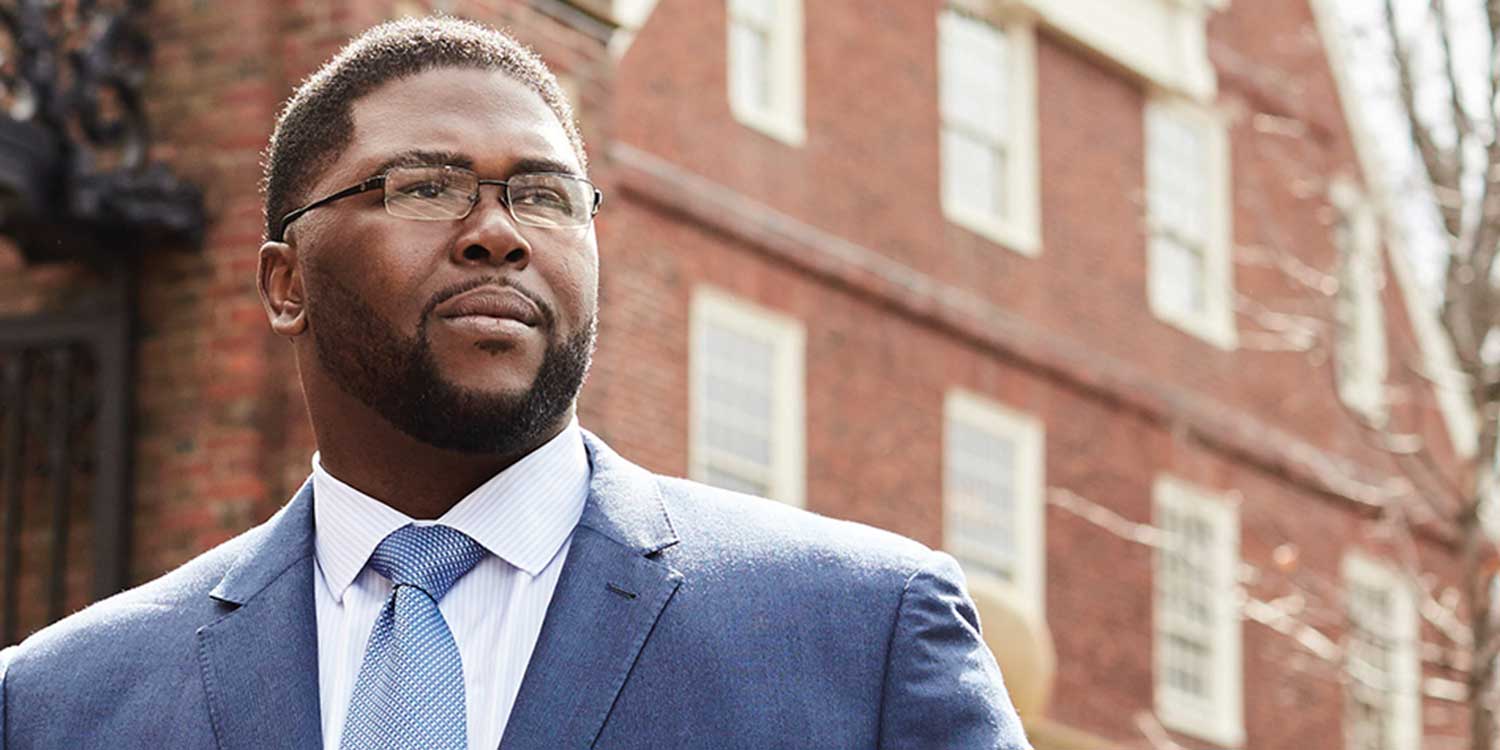 On Wednesday, October 21, Co-Director of Diversity, Equity and Inclusion Edgar De Leon ’04 introduced Harvard Graduate School of Education Assistant Professor Dr. Anthony Abraham “Tony” Jack, author of The Privileged Poor: How Elite Colleges Are Failing Disadvantaged Students. The 2017 book features extensive research about overlooked diversity among lower-income undergraduates: the doubly disadvantaged­ — those who enter college from local, typically distressed public high schools — and the privileged poor­ — those who enter from independent prep schools like Nobles. He also draws upon his personal experiences as a first-generation college student from the latter group. “This is what I study, but it’s also my story,” he said.

De Leon says when he first heard Jack speak at a conference, “I thought about how his book applied to my own experience and those of many in our school. If you look at the metrics of the public school I came from, I came from one of the worst high schools in the state from one of the poorest cities in our state. I quickly found that not only did I have to catch up academically, but there were aspects of the culture that came naturally for some, but did not to me. In talking to many students now, I hear about similar issues. The transition from public schools, especially low-income public schools, is a difficult one. Institutions take for granted some of what students know.” As they prepared to listen to Jack, De Leon urged Nobles students to “think about some of the mirrors, or areas you relate to,” and to also “take note of the windows, or things that are new to you,” so they would be able to continue meaningful conversations.

According to Jack’s research, about half of lower-income Black students and a third of lower-income Latinx students at elite colleges actually matriculate from prestigious independent schools like Nobles. While on the surface, these colleges appear to be increasing their diversity numbers, Jack says they’re “hedging their bets” by admitting lower-income students familiar with navigating mazes inherent to the upper echelons of education. These colleges consequently fail to admit and support the doubly disadvantaged, who share a similar economic upbringing to the privileged poor, but who lack their cultural and academic capital. Those doubly-disadvantaged students more often flounder during the college transition and in creating opportunities once they arrive, from office hours with professors to having a plan during school breaks when campus shuts down.

During a Q&A session, Jack fielded thoughtful questions from students about interpreting his research, advice on writing, and how institutions and communities can rectify inequity.  “It’s not the job of students to do the work of their institutions, but they can help…Higher education is highly unequal and depressingly stratified. Although first-generation college students make up roughly 50% of the students at four-year colleges, they only constitute 14% of the undergraduates who come from lower-income backgrounds at these schools. Instead those from lower-income families are disproportionately relegated to community, for-profit and less selective colleges where resources are fewer and graduation rates are lower. Many colleges in the country have more students from the top 1% of the income distribution, than the bottom 60%!”

Institutions need to do better than admission and financial aid, says Jack. “Access is not inclusion…Citizenship is more than just being in a place, it is being of and accessing all the rights and privileges pertaining thereto. As Covid-19 has put front and center, many of us have more responsibilities than we had before. We must move our institutions from prioritizing access alone, to prioritizing access and inclusion. We must ensure that social class neither symbolically nor materially keeps lower-income students in secondary positions at first-rate institutions. We need to embark upon the crucial task of making our institutions look more like the world, and not just the wealthy pockets of it—we must do this work and be intentional. And not only must we admit who we are, but also how we take care of students once they are on campus. As each class becomes more diverse at our institution, so do our institutions’ connections to once-overlooked communities. As these new times bring various inequalities into sharper and sharper relief, it is my hope for the privileged poor that they not only shed light on the problems at hand, but also provide a framework for addressing them,” Jack closed.