Ahead at the Charles 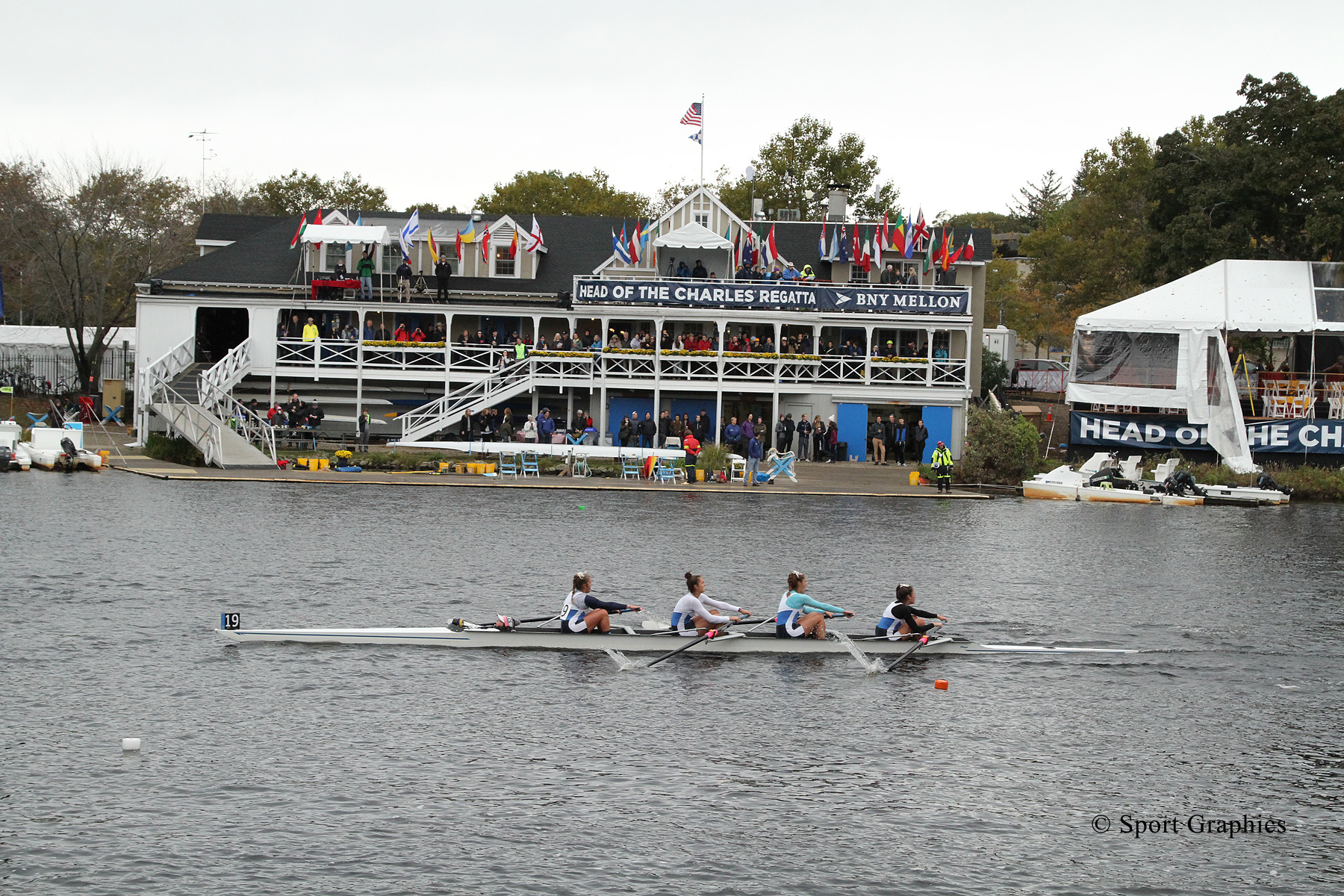 Nobles past, present and future had an impressive showing at the 54th Head of the Charles Regatta (HOCR), which took place from October 20 through 21. The stand out performance came from the Nobles girls first boat, who finished third out of 85 crews. They earned the Metropolitan District Commission trophy for the highest place finish by a Massachusetts high school team across all men’s and women’s youth events and were the highest placed high school crew in the country across all youth events.

Other successful Nobles crews included the boys four, who finished 38th out of 85 crews. Their placement earned them automatic qualification in next year’s HOCR race. The girls second boat and boys double scull both finished ahead of many other teams’ first boats.

As one of the few remaining ‘spring only’ crew programs, the Nobles crews competed in the race outside of their regular season. They faced the best clubs and schools in the country, the vast majority of whom row daily in the fall.

The Head of the Charles Regatta is the largest 2-day rowing event in the world, with nearly 11,000 competitors. Over a quarter of a million spectators crowd the banks of the Charles River to watch the 3-mile race. In terms of Boston sporting events, the HOCR is second only to the Boston Marathon in terms of size and prestige.

This year saw the largest number of entries ever for Nobles crew, with 4 current crews in the youth events and 22 graduates, coaches and parents also competing. Several graduates earned selection for their team’s first varsity boats, some in top Division 1 and Division 3 programs, and seven graduates won medals at this year’s regatta. Emma Skelly ’22 represented the future of Nobles Crew, coxing for Denmark’s Danske Studenters Roklub. Their boat earned third place in the youth quadruple scull event. See below for all Nobles-affiliated participants in the race. 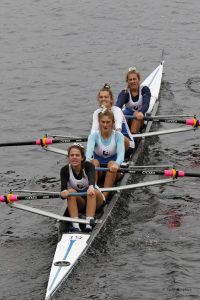 Nobles at the 54th Head of the Charles