An Outstanding Commitment to Service

by Noble and Greenough School
EXCEL, Student Life May 22, 2017 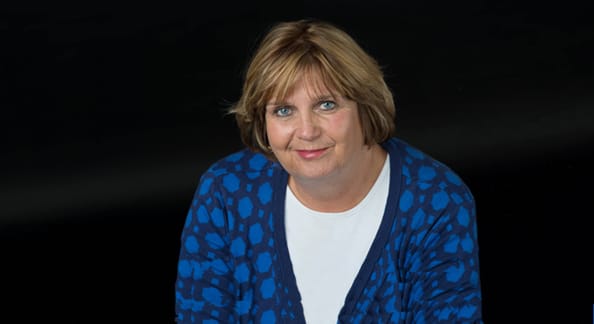 On May 30, Nobles’ Community Service Coordinator Linda Hurley will be honored as a Dedham High School Outstanding Alumna for her lifelong contributions to the Dedham community.

The award is particularly meaningful to Hurley, who grew up in the Dedham schools. Her parents, a nutrition services worker and a custodian for the Dedham School Department, joined every member of Hurley’s extended family in sending Hurley and her sister through the Dedham public schools. Hurley’s brother, who was damaged at birth and attended a school for the developmentally delayed, was the family’s only exception.

Tagging along with her father, Hurley says she was “doing service before I even knew I was doing service—checking on older neighbors, shoveling people out in snow storms, helping kids with homework. It was just the way we were supposed to live our lives.”

A World War II veteran, Hurley’s father raised his children in Dedham public housing for veterans’ families. He was “very civic-minded and service oriented,” always voting for school committee and helping whenever he could. Hurley remembers thinking, “Wow, I can’t wait to be old enough to do that or to be like him.”

Hurley’s father succumbed to lung cancer when she was 15 years old, a junior at Dedham High School. If he knew how his daughter chose to live her life, she says, “he would be very proud.”

Hurley joined Nobles’ staff in 1992, as a camp counselor for Nobles Day Camp and a snack bar attendant. During the 1999-2000 school year, then Head of School Dick Baker asked Hurley to cover for Sandi MacQuinn and lead the community service program. When MacQuinn returned a year later, the school recognized the growing emphasis on community service and permanently recommitted Hurley to the role.

Now, Linda Hurley is part of the Experiential & Community Engaged Learning (EXCEL) team, which officially formed in 2013. “I remember years ago being on the committee when we were talking about EXCEL-ish stuff,” Hurley says. “Now, to see it alive and to see it happening is really exciting. I'm part of a huge, growing, competent, fun department. We all have a vision and we're all moving towards it.”

Examples of Hurley’s community service leadership include the annual Turkey Trot, the Ride for Food, the Dedham Youth Commission and Nobles’ outreach to the Dedham food pantry and Housing Authority.

Of the many service opportunities Hurley organizes, she is most proud of the Golden Dawg program, an initiative that connects local senior citizens with the school. Caroline Collins-Pisano ‘18 started the program and has since won Massachusetts Institute of Technology’s Opportunities for Multigenerational Engagement, Growth, and Action (OMEGA) scholarship to further and support intergenerational efforts and connections through Golden Dawgs.

Hurley reflects on the program, “It's been fun to do that with the kids, to empower them and to help them run it. That's how they learn to be leaders for the public good, right?”