To Survive, To Reunite 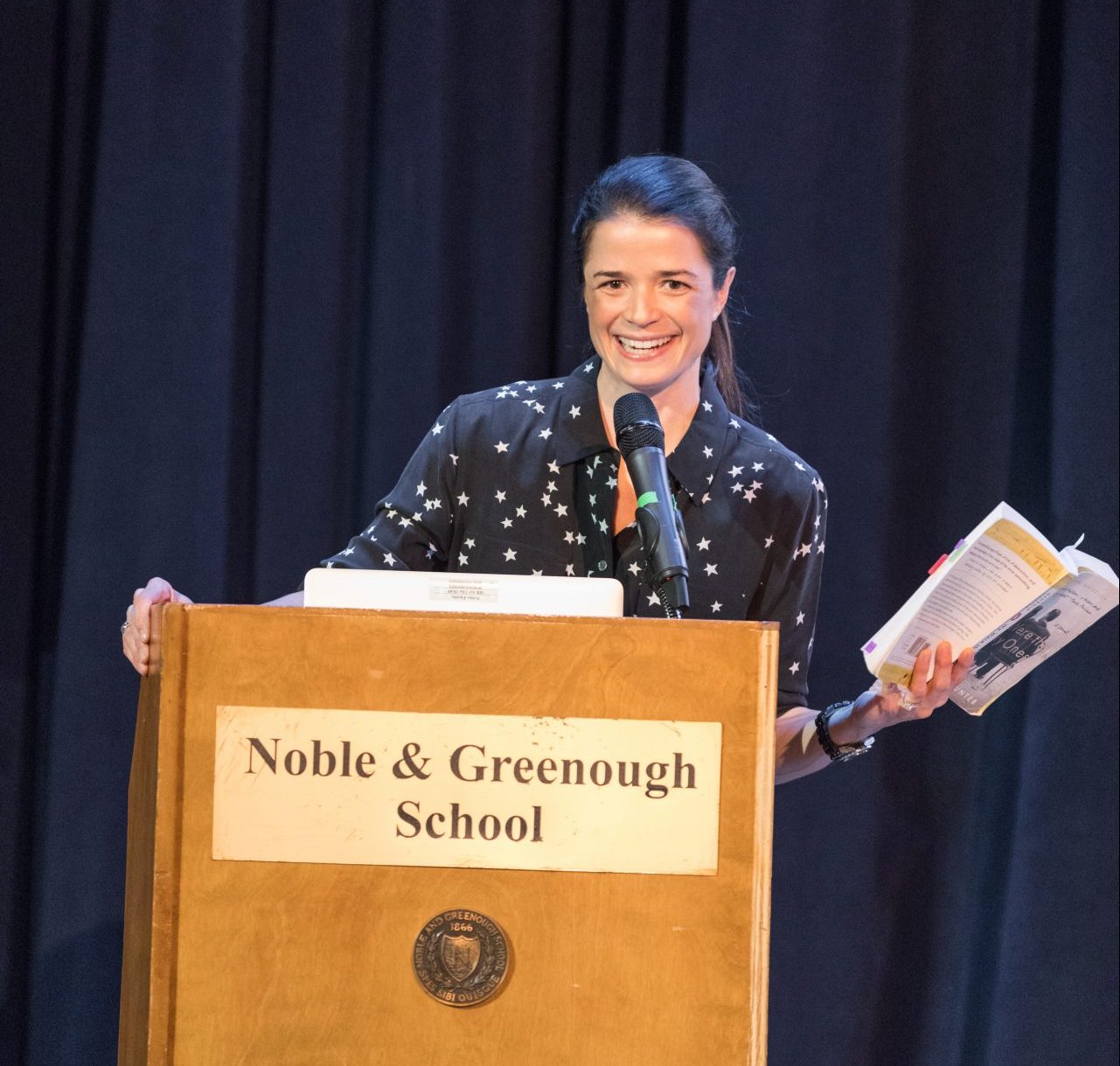 What happens when you are 15 years old and discover that you have Jewish heritage—that you are the descendant of Holocaust survivors? If you’re Georgia Hunter, you wait a decade or so and begin to write a New York Times best-selling piece of historical fiction, We Were The Lucky Ones (Penguin, 2017).

Hunter visited campus this week, speaking to an audience of parents on the evening of January 15 and addressing the school community in assembly on January 16.

Hunter explained that her grandfather, Addy, had never spoken of his heritage or the Holocaust; he had not raised his family Jewish and did not live to see his granddaughter research and write the life story of him and his four siblings, all of whom survived in a statistical anomaly.

A high school English assignment related to identity led Hunter to interview her grandmother, who revealed that Hunter is a quarter Polish-Jewish. “It was a shock,” recalled Hunter. As a young adult, she met many of her cousins at a reunion on Martha’s Vineyard. They came from all over the globe, she said, and spoke Portuguese, English and French. As she listened to their stories, she learned more about her grandfather’s siblings—how they scattered from their hometown of Radom, Poland, landing as far away as Siberia.

The siblings, she said, had a two-fold mission: “First, to survive,” she said, and “Second, to reunite.” Against the odds, they accomplished both goals.

As her research accelerated, she learned of a family member who crossed the Austrian Alps while pregnant to avoid check-points at train stations; of another who married in secret against Nazi law; of others, who survived the ghettos and obtained false IDs to aid in their escape. He grandfather’s sister, Halina, was sent to jail in Krakow, where she was beaten and posed as a non-Jew to survive.

“The idea was seeded,” she said, after the family reunion.

Hunter’s sweeping novel follows the paths of the five siblings and other relatives.  Her layers of research included extensive travel to interview family and visit sites as well as hunting down military and and other archival documents. Each discovery related to her quest, she said, was “a little piece of gold.

“I felt like I time traveled a little bit, writing this book,” she said. She said that her research gave her the bones of the novel and allowed her to create a timeline—but that she used creative license to develop what she called “the colorful, connective tissue” of the book, such as dialogue and other unknowable details.

“I wrote this book to honor my family,” Hunter said at a question-and-answer session following assembly. “I never thought [given today’s global context and refugee crises] that the themes would feel so relevant, so timely.

“My family’s story is one of hope, courage, perseverance and love,” she said. 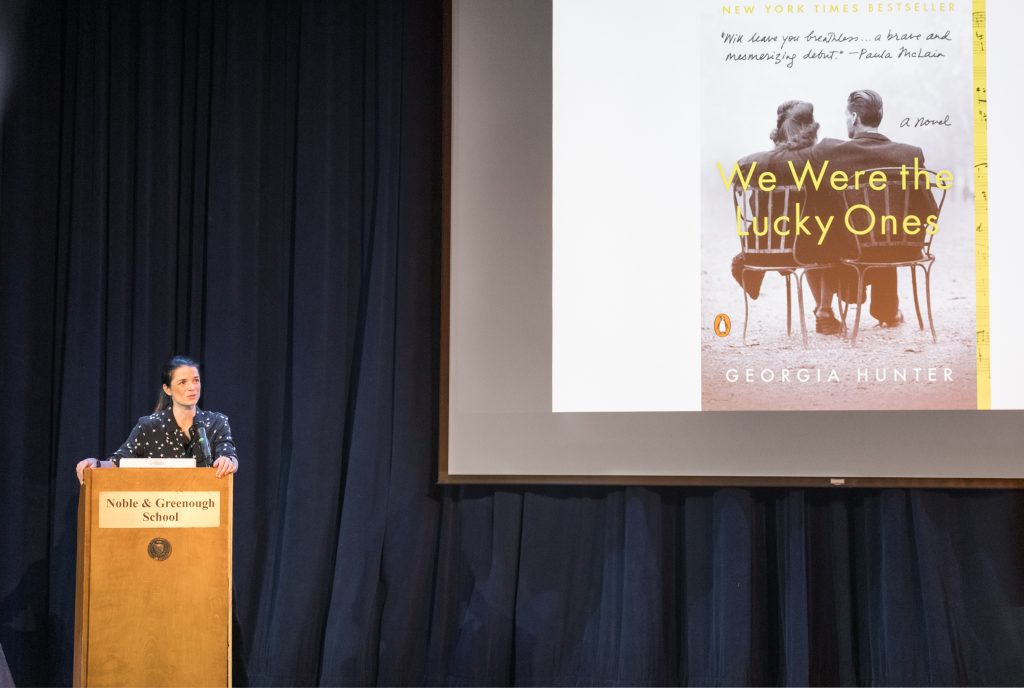