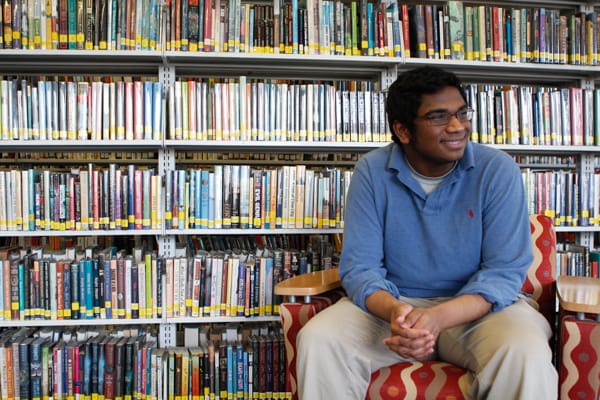 Congratulations to Akshan deAlwis ’14 whose piece, "When The Gods Leave," will be published in The Best Teen Writing of 2013 by the Alliance for Young Artists and Writers.

In March, deAlwis earned a gold medal in the personal essay/memoir category of the 2013 Scholastic Art & Writing Award. More than 230,000 works of art and writing were submitted and about 500 pieces were selected. Recently, sixty-nine student writers were chosen for the anthology. The Best Teen Writing of 2013 will be available on Amazon in fall 2013.

The Scholastic Art & Writing Award is in its 90th year and is the oldest, and most prestigious recognition program for creative teens in the U.S., and the nation’s largest source of scholarships for creative young artists and writers.

“I take a lot of time in choosing what I write and picking the words out,” says deAlwis. “A lot of times, it starts off with me having a general conception of what I want to go for and just building off of descriptive language and general ideas.”

Below, deAlwis talks more about his narrative and writing process.