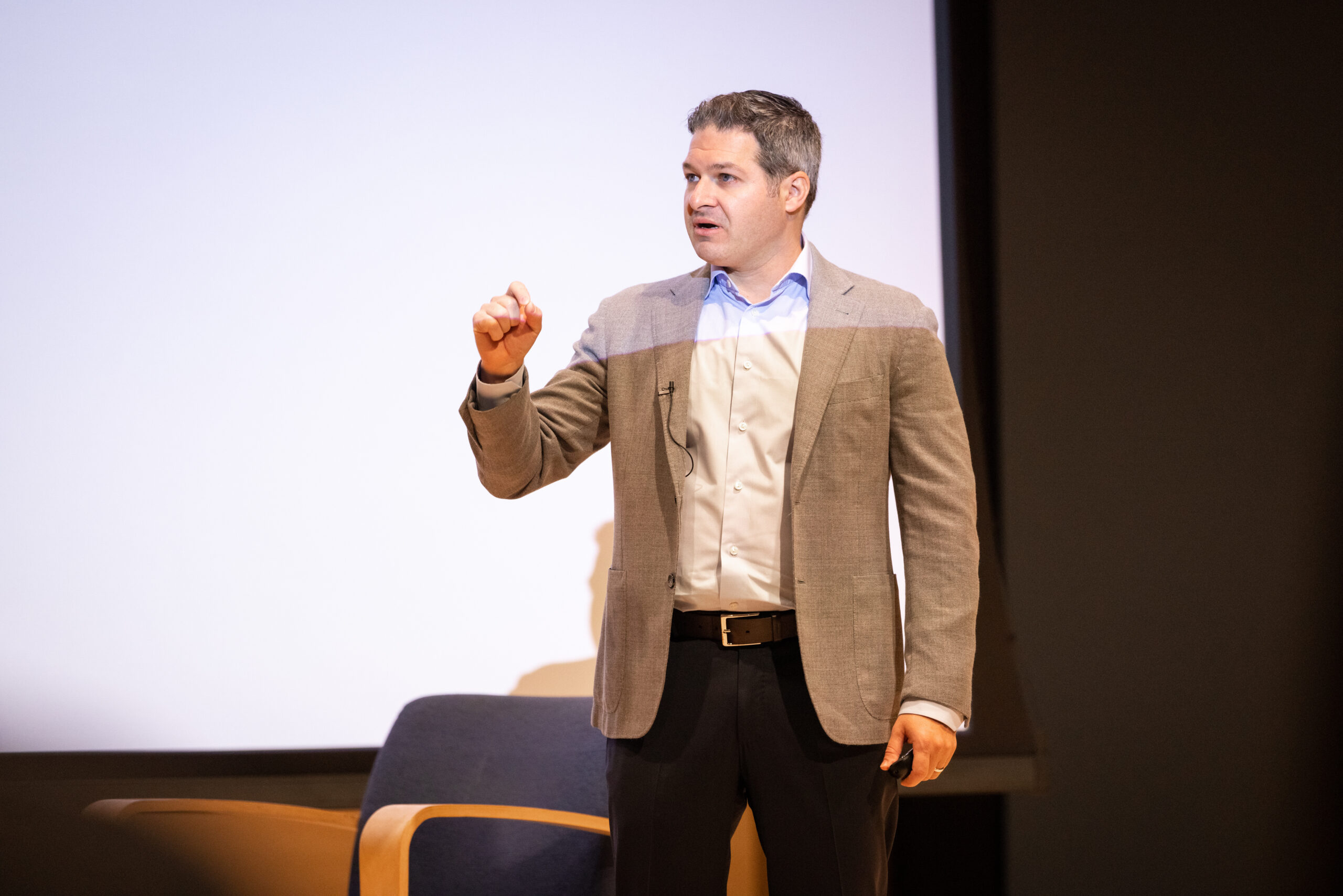 Ethan Kross, best-selling author, experimental psychologist, and neuroscientist from the University of Michigan, spoke in long assembly on October 20. His subject? His new book, Chatter: The Voice in Our Head, Why it Matters and How to Harness It.

“I think of the inner voice as a super power,” he said. He explained that it is part of our working memory, which we use to simulate and plan. “We use it to tell ourselves stories—to create a story that explains our situation.

“But there is a big catch,” he said. “Sometimes we get stuck in negative thought loops , which I call ‘chatter.’” That chatter, he said, can knock out our attention or lead to “paralysis by analysis.”

Kross shared examples of how all kinds of people, including elite athletes, can be affected negatively by chatter—the inner voice that tells you you’re not good enough or that you’re an imposter or that your earlier successes were an accident.

Much of Kross’s talk focused on sharing strategies for making our inner voice work for us rather than allowing it to sabotoge us. In his book, Kross share about 30 tools that, in his university labs, have proven useful.

Among them is the idea of distancing yourself from the inner discord, using tactics such as speaking to yourself in the third person. Another is the concept of time travel—asking yourself how you might feel about a particular situation or challenge in six weeks or six months, for instance.

He also discussed the value of venting. His findings indicate that venting can be helpful but that venting too much, or to people who are unable to share good advice or perspective, can have a negative rather than helpful effect. “Think carefully about who your chatter advisors are,” he said.

Kross shared other strategies for quieting or redirecting one’s inner voice. He also made clear that, of the many tools in this toolbox, not all of them will work for everyone and that some situations call for a remix of strategies. The tools, he wrote, are “for helping people resolve the tension between getting caught in negative thought spirals and thinking clearly and constructively.”

In the conclusion of Chatter, Kross shared, “You wouldn’t want to live a life without an inner voice that upsets you sometimes. It would be like braving the sea in a boat with no rudder.”