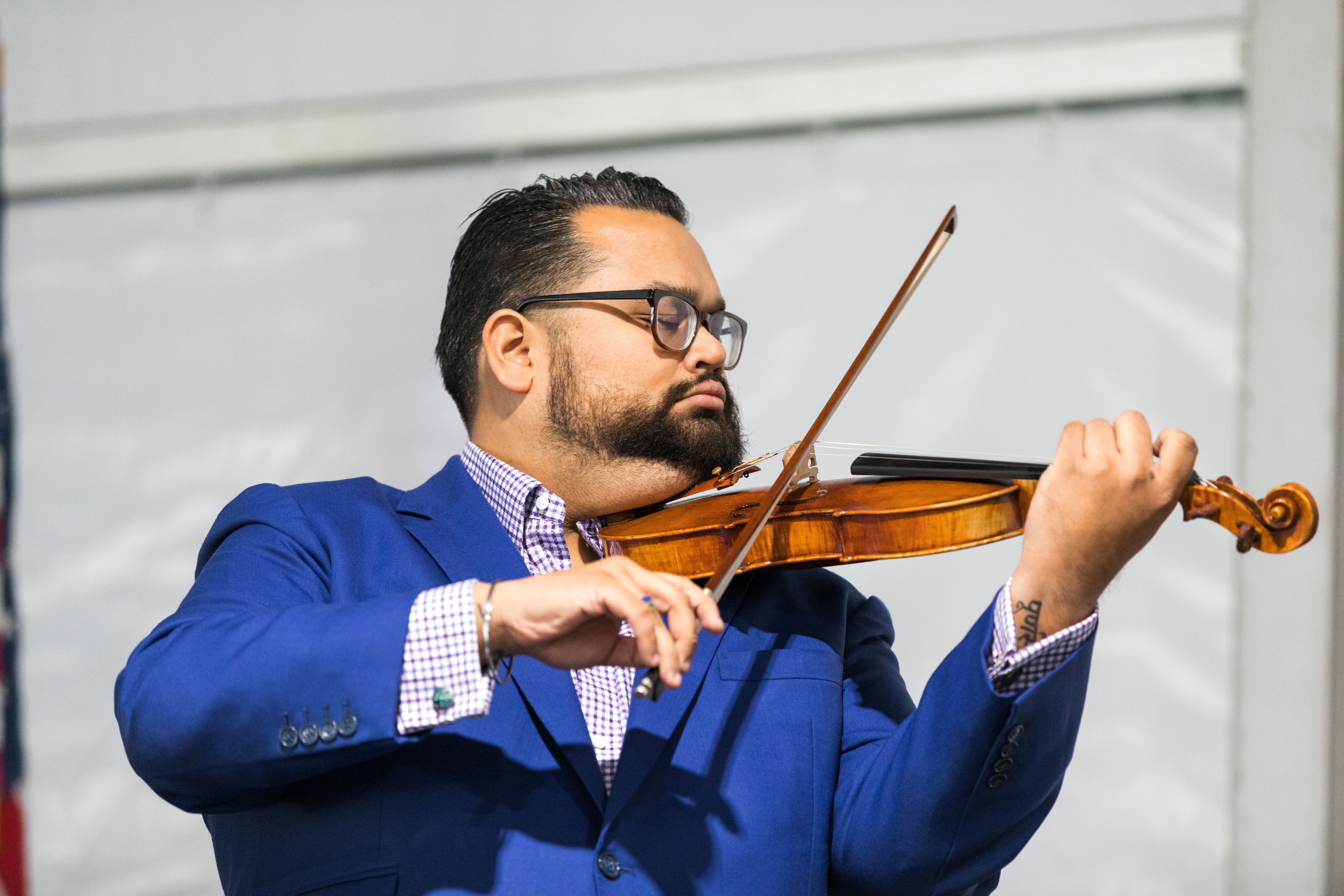 Vijay Gupta, violinist, speaker, activist and MacArthur fellow, spoke at long assembly on September 25. In 2011, Gupta founded Street Symphony, a non-profit offering musical engagement, and dialogue with the homeless community on Skid Row and with incarcerated communities in Los Angeles.

“We ache to be seen,” he told the Nobles community, explaining that his work with Street Symphony is more about relationships and connection than entertaining. “When we offer music, we’re on a pathway to connection.

“Right now, in Los Angeles, there is no answer to homelessness [so] we need to ask each other what kindness means to us… we live in a world that tells us that your pain is not my pain.”

Gupta’s organization, just shy of its 10th anniversary, includes local professional musicians and also musicians from among the homeless community it primarily serves. Events include concerts—often serving food—and are regular. Showing up once or occasionally is not meaningful, Gupta said. “We show up to listen, share and celebrate.”

Gupta spoke of the importance of changing the narrative around homelessness—of looking at people as people with stories rather than as problems. “Our lives are a work of art,” he said, “[and] music is a vehicle for human connection.”

Gupta’s musicianship was encouraged by his parents. As a child, he performed on Oprah and, at age 11, with the Israel Philharmonic under the direction of Zubin Mehta. At Nobles, Gupta concluded assembly with a performance. Later in the day, he met with students in the recital hall. Students introduced themselves, and each one shared a fact that prompted Gupta to improvise music. One student, for example, shared that her favorite color is yellow, then Gupta played sunny, happy music. The group included about 20 students and some faculty members.

A citizen-artist, Gupta is a leading advocate for the role of the arts and music to heal. According to his website (guptaviolin.com), he aims to “inspire, provoke change and foster social connection.”