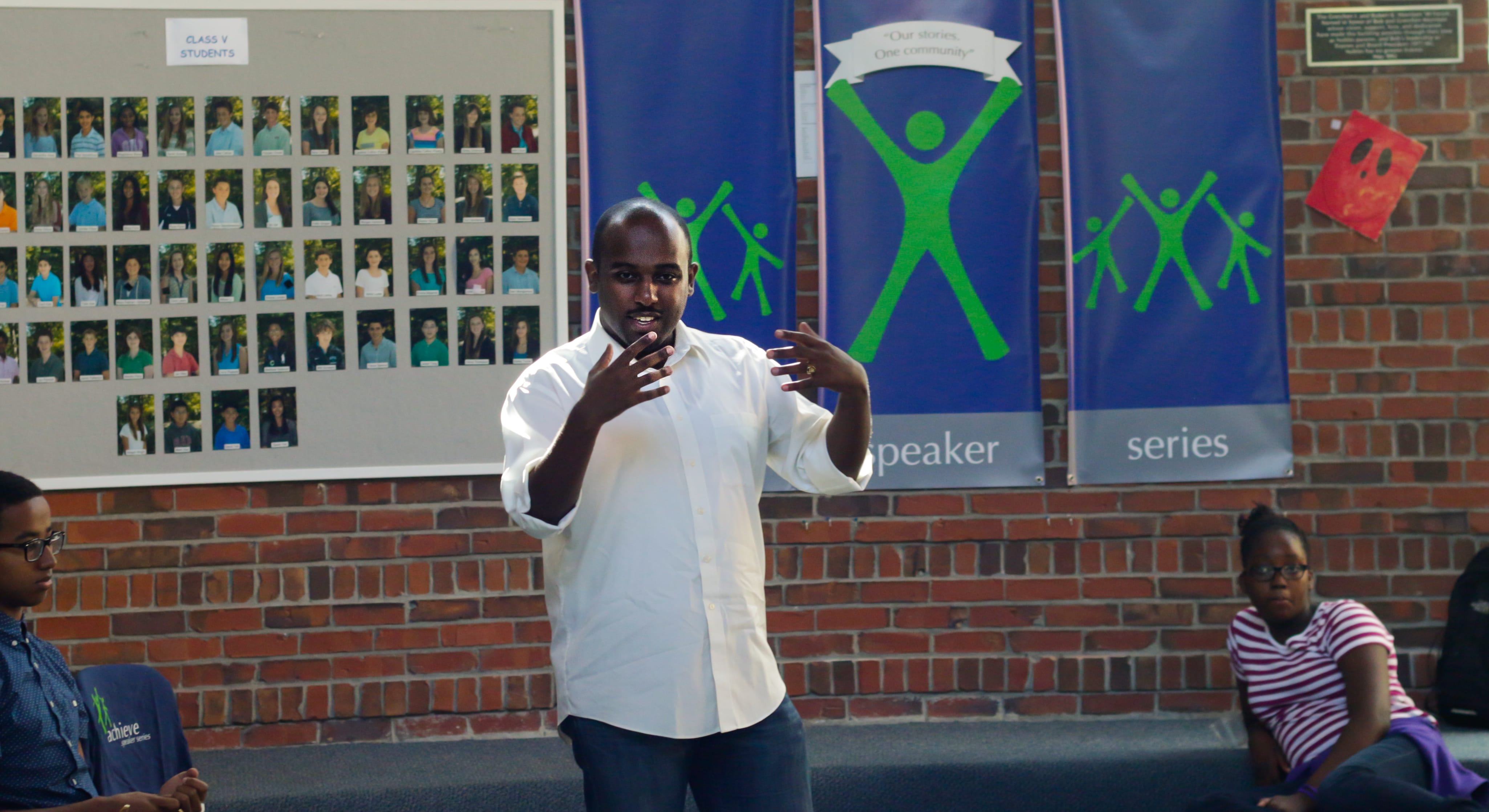 Samuel Gebru, CEO of the Ethiopian Global Initiative, visited Achieve students at Nobles to share his story on how community involvement drives change.

Gebru encouraged Achieve students to be active in their own communities: “Some people believe in luck. I don’t. If there’s an opportunity and you’re not prepared for it, that opportunity is going to pass by.”

In 2006, when Gebru was 13, he stumbled upon an episode of Oprah discussing the childbirth complications that afflict women in Ethiopia due to a lack of medical resources. As an Ethiopian American, this glimpse into the difficulties faced by families in Ethiopia was enough to prompt him to take action.

Determined to do all that he could, in 2006, he founded the nonprofit Ethiopian American Youth Initiative to sponsor Ethiopian women in need of surgeries for complications as a result of childbirth. By the end of the first year, the group had raised enough funds to provide surgery for 11 women. The program has since grown dramatically. In 2010, Gebru’s nonprofit opened its first office in Cambridge, MA and was renamed the Ethiopian Global Initiative.

Gebru used his story as a vehicle to inspire Achieve students to look for ways to make their own positive change. He asked them to brainstorm the issues that they see in their communities and to think about how to address them.

Some students spoke of crime in their neighborhoods, while others spoke about bullying, and others mentioned littering. Regardless of the issue, he encouraged students to become more involved, highlighting that age does not have to be a barrier and that they share the responsibility to take action. He told Achieve students, “We’re always waiting for someone else to solve our problem. But what if no one else speaks up?”

Cat Kershaw, development officer for Achieve, shed light on the impact of the lessons that Gebru shared: "Samuel’s story is an inspiring one; this morning he emphasized to our Achieve students that each and every one of them has the ability to make an impact and create positive change regardless of their age…  Samuel is living proof to our Achieve scholars and to all of us that you can break down barriers when you’re motivated to take action.”