Female Athlete of the Year 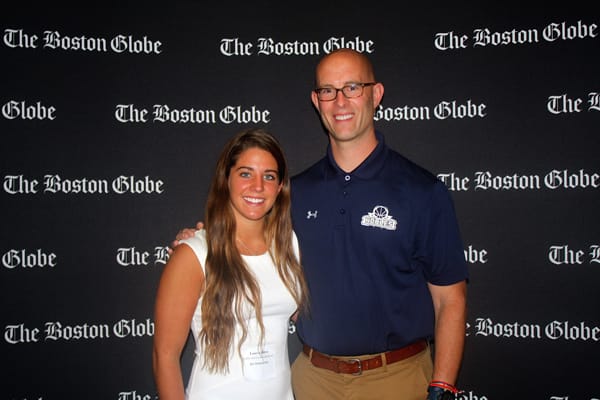 The award, which began in 2000, is given to a standout three-sport athlete who has demonstrated success in both the classroom and on the field or the court. Dillon was a stalwart member of girls varsity soccer, basketball and lacrosse teams.

In the 2013-2014 school year, girls varsity soccer and basketball both captured the New England Class A titles, and girls varsity lacrosse secured the ISL title as co-champions.

“Being on a Nobles team is a full-time commitment and I fell in love with each sport and team I was playing with that season,” says Dillon. "There were times when it became hard to play three sports—keeping up with grades in school, studying for SATs and playing club sports, but Nobles helps you get through it, and it was always worth it for me.”

More than 100 female-athletes were nominated for this award. Dillon is the second Nobles female-athlete to earn this honor. Sarah Parsons ’05 was the first recipient in 2005.

"Lauren represents all that we pride ourselves on in the Nobles athletic program," says Alex Gallagher, director of athletics and girls varsity basketball coach. "She is hardworking, selfless and passionately committed to her teammates. This incredible award not only honors her athletic ability, but it also recognizes a young woman whose leadership positively impacted the lives of every athlete she came into contact with while she wore a Nobles uniform."