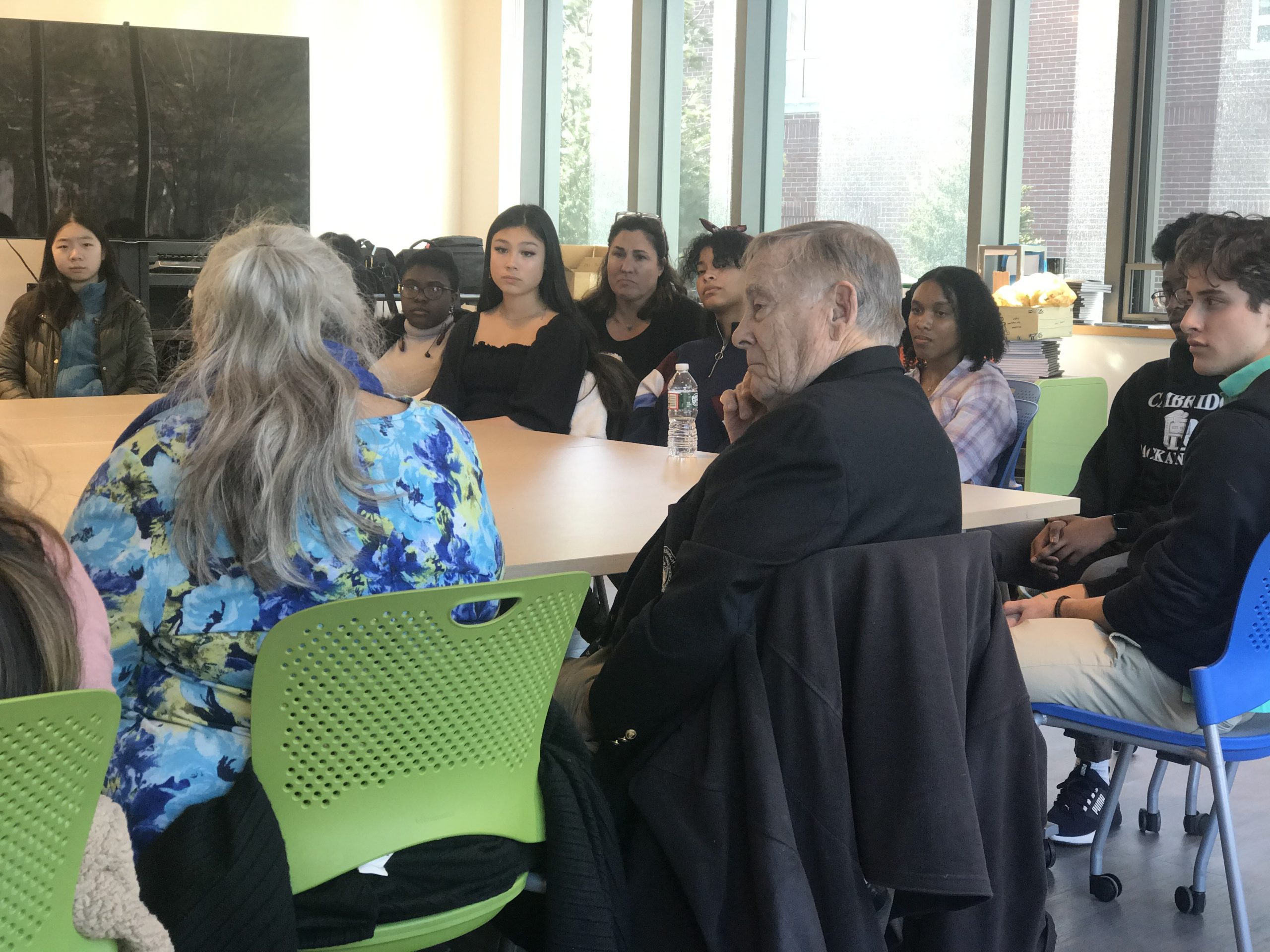 Fred and Barbara Clifford recently spoke with a group of students as part of a seminar series for students in the community service afternoon program. “What is your inspiration for getting involved in service and volunteerism?” Holly Bonomo ’86 asked the Cliffords, who have served various in volunteer roles at Nobles as well as at Williams College and in their local community of Duxbury, Massachusetts. The Cliffords’ granddaughter, Sakura Hinenoya ’20, shared Fred’s bio with the group, which includes several roles on the board, including chairing the Nobles Board of Trustees during the Baker years.

“My inclination to get involved happened from my time at Nobles and the people who were role models,” Clifford, now 85, explains, referring to former Head of School Eliot Putnam, Dick Flood ’23 and Bobby Lawrence ’44. “I did have a job, but the meaningful things came from my roles as a volunteer.” Fred spoke to the importance of civic engagement and how to give back to one’s community.

Thanks to Fred and other Nobles graduates who have been involved in EXCEL programs. We hope our students follow in your footsteps embodying the mission: Leadership for the public good!