Historic Weekend at Head of the Charles 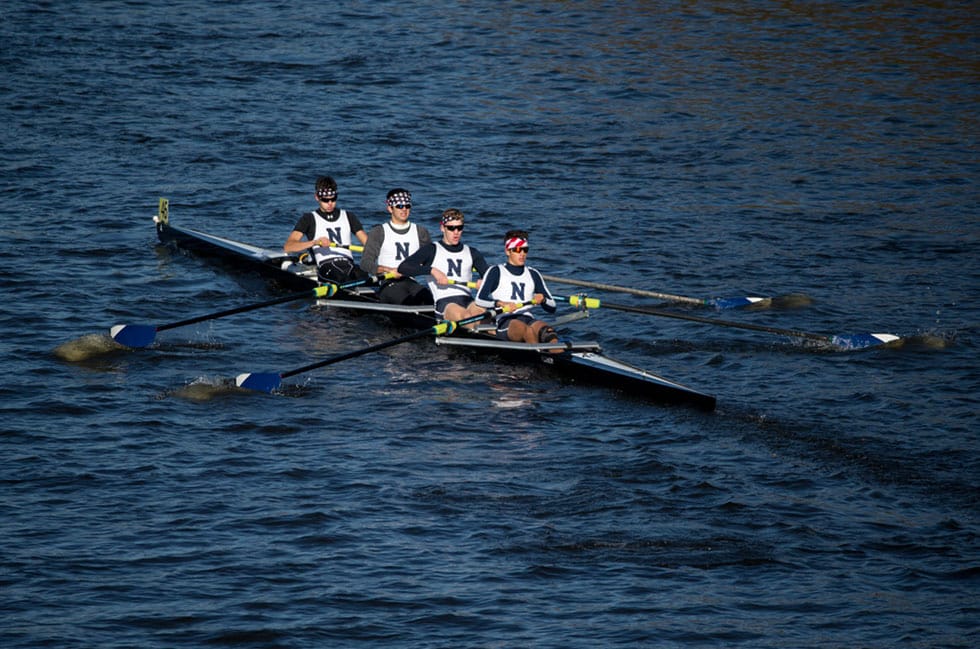 This weekend marked the 51st Head of the Charles, the largest long distance rowing event in the world with more than 11,000 athletes and 2,500 crews coming from over 60 countries to compete.

The event this year was historic for Nobles Crew on many dimensions. For the first time we had four crews (2 girls, 2 boys competing) comprising 14 athletes representing our school. As coaches, Lizzy Antonik and I could not be prouder of what was achieved on the water, and it has set us up for spring in the best possible way.

The boys' four finished second overall and were the top North American crew, beating not only every other ISL school, but also every boys' high school and club program in the country. Last year we finished 72nd out of 85 and were over 2 minutes down on the top ISL school, Belmont Hill.  With this performance, Nobles wins the Metropolitan District Commission Cup for the best performance in the regatta by a Massachusetts high school

Our entries in the double sculls represented the first-ever participation by Nobles in elite sculling HOCR 2015 Boys Varsity Crewevents, and both crews delivered highly creditable performances.

In what everybody in the sport describes as a coxswains race, with really challenging turns and shifts in wind direction along a 3-mile course, we had four of our coxswains competing, two for our fours and two for outside crews. They steered near perfect courses to shave valuable seconds off their boats' times. Our scullers did a great job of navigating the course on their own while rowing.

All of that said, our teams would not have been able to compete this year were it not for the incredible support of the entire team (and a number of parents) who helped Nobles earn its entry spots in the regatta in return for volunteer service over the weekend. The regatta relies on the results of the spectator survey you supported in its relationship with the Commonwealth of Mass, and the many sponsors of the regatta. Fred Schoch, the Executive Director of the Regatta, expressed his heartfelt thanks.

As our crews passed the commentary stand yesterday, it was announced to thousands of spectators that our rowers were competing in honor of their friend and classmate, Casey Dunne '17, and honor her they did.