by Noble and Greenough School
Uncategorized May 25, 2016 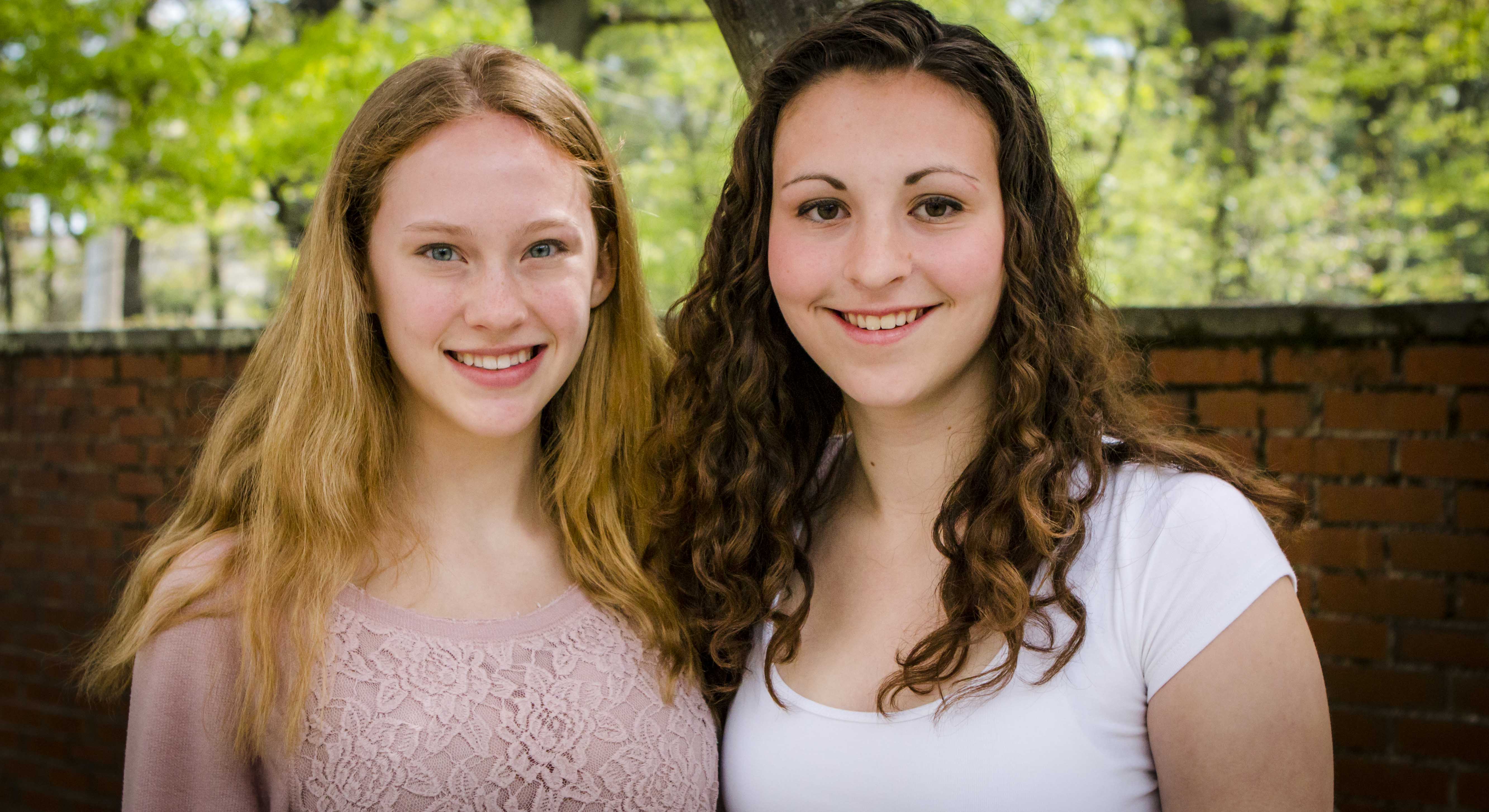 1. Innovative and scholarly inquiry. Students are encouraged to move past common topics into new and specialized historical terrain.

3. Organized, vivid and efficient expression. Students spend one-third of the six-week project period revising and editing their manuscripts according to Chicago/Turabian style and documentation guidelines.

Receiving High Honors this year were Samantha Alves ’18 (pictured at left) for her paper on "Imperialistic Entertainment: Circus and Wild West Shows During the Spanish-American War," and Jill Radley ’18 (right), who examined "The Impact of Racial and Sectional Conflicts on New York TImes v. Sullivan (1964)."

For links to both papers in their entirety, please visit this community page.

December 12th, 1898 was a day of jubilation for America. The Spanish American war was over; the Treaty of Paris officially awarded Guam and Puerto Rico to the United States and gave Cuba its independence. There were celebrations across the country, but perhaps the most enthusiastic could be found under the flaps of a circus tent. On that momentous day, the Forepaugh and Sells Brothers Circus paused their show for the ringleader to parade onstage and read the telegram declaring the United States’ victory. According to their route book, the cast saw, “the entire audience rising to their feet and cheering the stars and stripes.” With an American flag waving above the crowd, the band striking up the “Star Spangled Banner,” and the patrons applauding thunderously, the tent incubated a monstrous wave of patriotic vigor and military support. Although media and government both fought to sway public opinion, some of the most effective propaganda of the age was fostered in America’s circus tents and Wild West arenas.

"The Impact of Racial and Sectional Conflicts on New York Times v. Sullivan (1964)" by Jill Radley

Anthony Lewis, former writer for the New York Times, described racial discrimination in the 1960s as “different in the South, and far more virulent, because it had the force of law.” Martin Luther King Jr. echoed this message in his “Letter from Birmingham Jail,” writing that “when you are humiliated day in and day out by nagging signs reading ‘white’ and ‘colored’… then you will find it difficult to wait (for equality).” New York Times v. Sullivan arose at a time when manipulating the law had become a major part of the battle of the Civil Rights Movement, which made the case extremely complex…When Jim Crow laws became ineffective for whites attempting to take down the Movement, they turned to other forms of legislation, especially libel. In New York Times v. Sullivan, plaintiff L.B Sullivan, head of the police force in Montgomery, sued the Times for publishing a defamatory ad about his team. The Committee to Defend Martin Luther King Jr. created the advertisement, “Heed Their Rising Voices,” which contained inaccuracies regarding the actions of police against several student demonstrations across Southern cities, including Montgomery. When an all-white jury in Alabama rewarded the revered Sullivan with $500,000, it compelled the Supreme Court to make a major decision. What was their role in expanding freedom of the press, and thus aiding the Civil Rights Movement?

What motivated you to explore the area of history you did?
My sister and I have practiced flying trapeze for almost five years now, so when Mr. Jankey introduced this research project, I immediately knew I wanted to investigate something circus-related.  Trying to find a specific and arguable point about such a sweeping term, however, proved much harder than anticipated.  It took almost a week of clowns, sideshows and railroads, straying farther and farther from flying trapeze before I happened upon my topic.  I took a risk choosing a topic with so little background information, not knowing if enough intriguing evidence would actually present itself for the project.

What was the most surprising thing you learned in the course of your research?
The most surprising thing I learned during my research is how relative our modern society’s opinions of morality really are. I could never have guessed that ‘human zoos’ or blatantly propogandized reenactments were ever an accepted or celebrated part of our country’s culture. I was very disillusioned to learn that all the circus icons that I and so many others have admired: Barnum, Bailey, Ringling etc. did not share the same views of right, wrong, and basic human equality that we adhere to.

Did your findings change your understanding of or attitudes toward your topic? If so, how?
My findings have definitely changed my understanding of not only the circus, but all forms of current mass culture. After discovering how big shows indoctrinated such tainted ideals into our society, I find myself overly wary of all big media, worried to know how today’s movies and apps are influencing my generation.  I am still very passionate about the flying trapeze but now I have been forced to acknowledge the skewed entertainment circus once, and may still, provide.

What part did the library staff play in your research process?
Attempting to write an essay on such an obscure topic presented an abundance of issues and roadblocks. One simply can not walk into a local library and find a stack of volumes on circus between 1898 and 1900 (believe me, I’ve tried). The Nobles librarians, Ms. Sokoll and Ms. Tragert, were an incredible help in procuring rare and specific sources. Without the books they coordinated through interlibrary loans, the articles dug up from our comprehensive library databases and the few volumes they actually purchased for the library on my account, I would have been writing my essay from a one page Wikipedia article.

What motivated you to explore the area of history you did?
When we studied FDR's New Deal and learned about the influence of the Supreme Court in government, specifically with 'court-packing,' I became very interested in the power of the Court. For me, it was as simple as searching through the most influential Supreme Court cases in history, and immediately New York Times v. Sullivan caught my eye. Once I learned more about the case and its' involvement in the Civil Rights Movement, I found that it was an extremely underrated of its time.

What was the most surprising thing you learned in the course of your research?
The most surprising thing that I learned in the course of my research was how greatly media impacted the Civil Rights Movement. I had no idea how important it was for the government to regulate what is seen by the public and how much of a battle it can be to balance the two outlets.

Did your findings change your understanding of or attitudes toward your topic? If so, how?
My findings definitely allowed me to have a different perspective as we studied the Civil Rights Movement and the Vietnam War just after this project was over. During both of those units, I was aware of a bigger context and could better understand just how important it was for the anti-war activists to get noticed.

What part did the library staff play in your research process?
The librarians were immensely helpful throughout this process. They genuinely took interest in my topic, and were willing to learn along with me at times when they were unsure. My favorite part about getting the chance to work with the librarians is that now I feel like I have them as a resource for future projects, and see the library as a much more essential tool for my schoolwork.