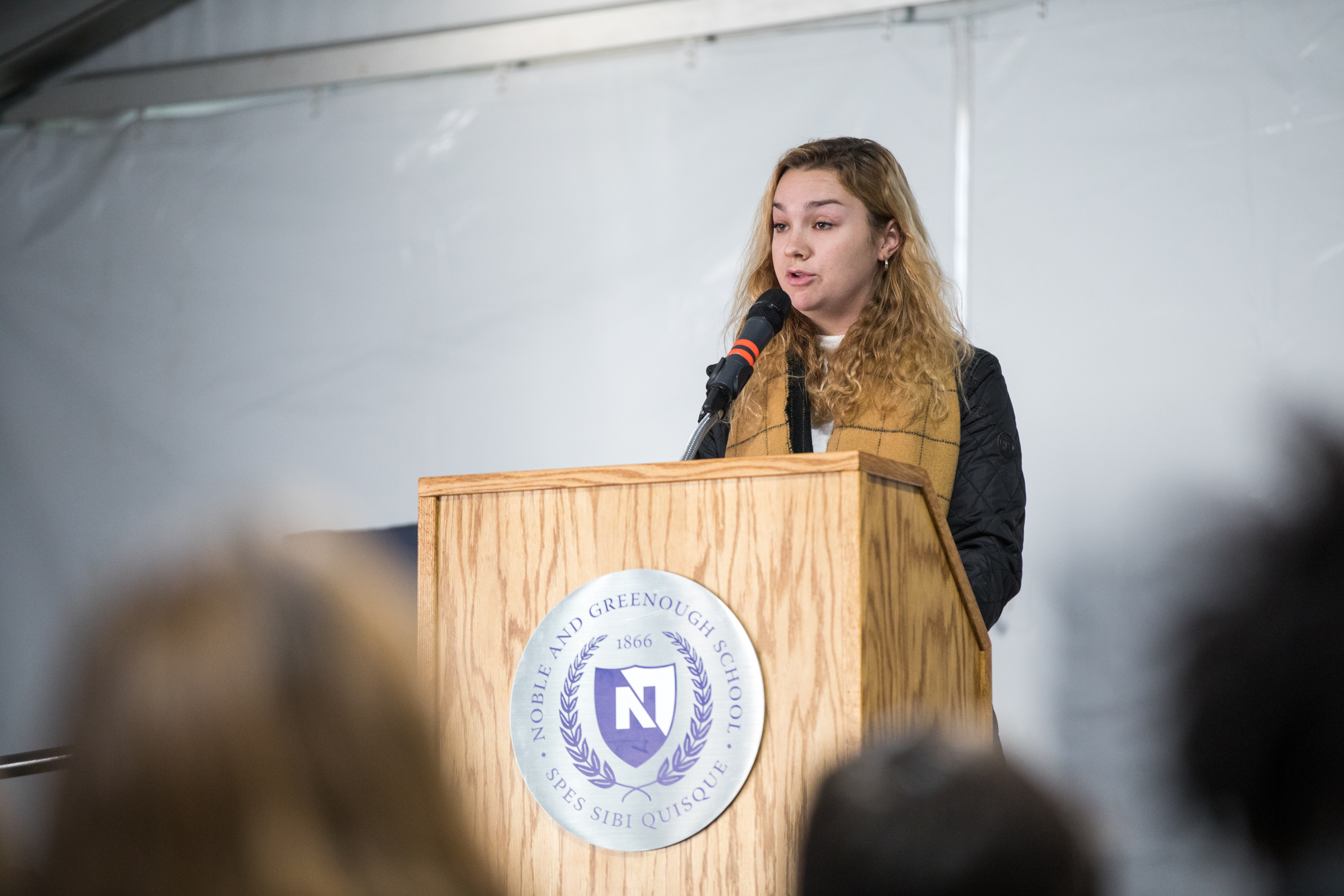 “We do not all look the same or speak the same or have the same personal experiences, yet our history brings us together,” said Abby Kelly, history teaching fellow, of her Akwesasne community on the Mohawk reservation where she grew up. Not many people at Nobles were aware of Kelly’s Native American background until she shared her story at assembly.

The month of November marks the observance and celebration of Native American and Indigenous Peoples’ Month. The librarians set up a beautiful display of thoughtfully chosen texts recommended by the AILA (American Indian Library Association) and the AICL (American Indians in Children’s Literature) to encourage the Nobles community to recognize and celebrate authors of indigenous ancestry. English teacher Dariana Guerrero explains that these authors are “Typically silenced and made invisible,” so in an effort to have their voices heard, students, faculty and staff were asked, “To hold space to celebrate the historical and modern literary contributions they have made.”

As part of the observance, the librarians, along with the department of diversity, equity and inclusion, held a screening of the film “Dawnland,” a documentary about the Indian Child Welfare Act in Maine. The film explores the abuse and suffering of the Wbanaki people, whose voices were silenced for years until the formation of the Truth and Reconciliation Commission, which finally gave them the opportunity to share their stories.

In her assembly talk, Kelly referred to the film and the deep suffering and hopelessness felt by the Wbanaki people. While she acknowledged such pain and suffering as an inherent part of her own culture and experience, she also explained, “You don’t have to hurt alone, and you don’t live alone when you live in a community such as Akwesasne. When one person hurts, they all hurt. And that’s how the wounds become smaller and smaller. They work toward healing each other.”