In the Classroom: Spanish Plays 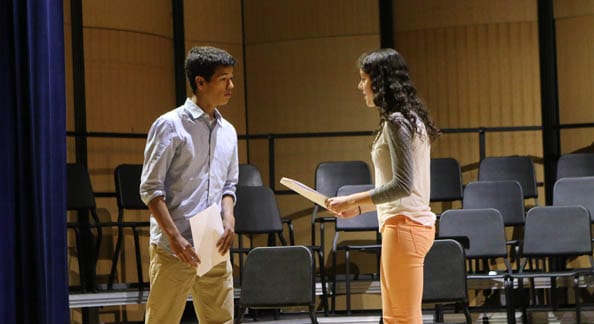 Acting can be difficult all on its own. Imagine having to act while speaking another language. Spanish faculty member Margaret Robertson's students did just that. Students were challenged to not only perform in short plays but also do so in Spanish. The students performed Resguardo Personal by Spanish playwright Paloma Pedrero and El Delantal Blanco by Chilean writer Sergio Vodanovic.

Robertson said some of the students really took to the assignment and showed incredible acting ability. She also said by acting in these plays, it gave students a new way to view the language and an opportunity to really express themselves in Spanish.

Robertson mentioned how the success of this assignment has inspired the possibility of putting on a complete theatrical production in Spanish in the 2014-2015 school year.