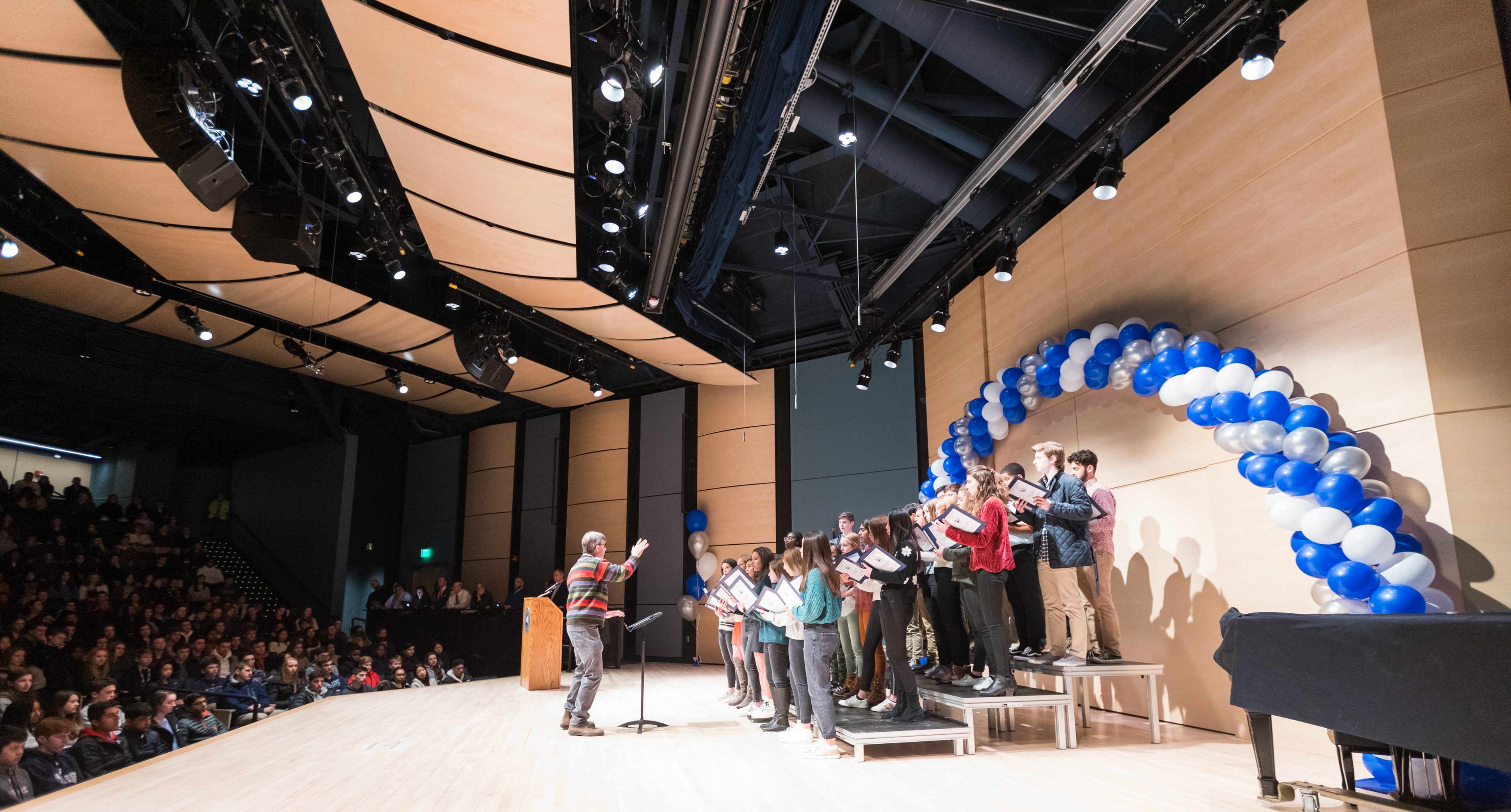 On January 7, 2020 during the first assembly of the new year, we welcomed the Nobles community back into Lawrence Auditorium for the first time since the 2019 graduation assembly. In just seven short months, Baker Design Group and Shawmut Design and Construction expanded and completely renovated the space, adding 3,000 square feet and 227 seats plus standing room. Assembly began with the curtains’ lifting to reveal the Chamber Singers who sang “i carry your heart” and wrapped with Hailey Brown and Charlie Moore’s performance of “Hey There Delilah.”

In 1978, three years after it originally opened, Lawrence Auditorium was named for Robert A. Lawrence ’44 whose service to the school has left a lasting legacy. During the rededication ceremony, Head of School Cathy Hall presented an assembly bell to the Lawrence family for their continued service and support of the school.

Watch the video below for a celebration of assemblies and performances past leading to construction and completion of the new space.