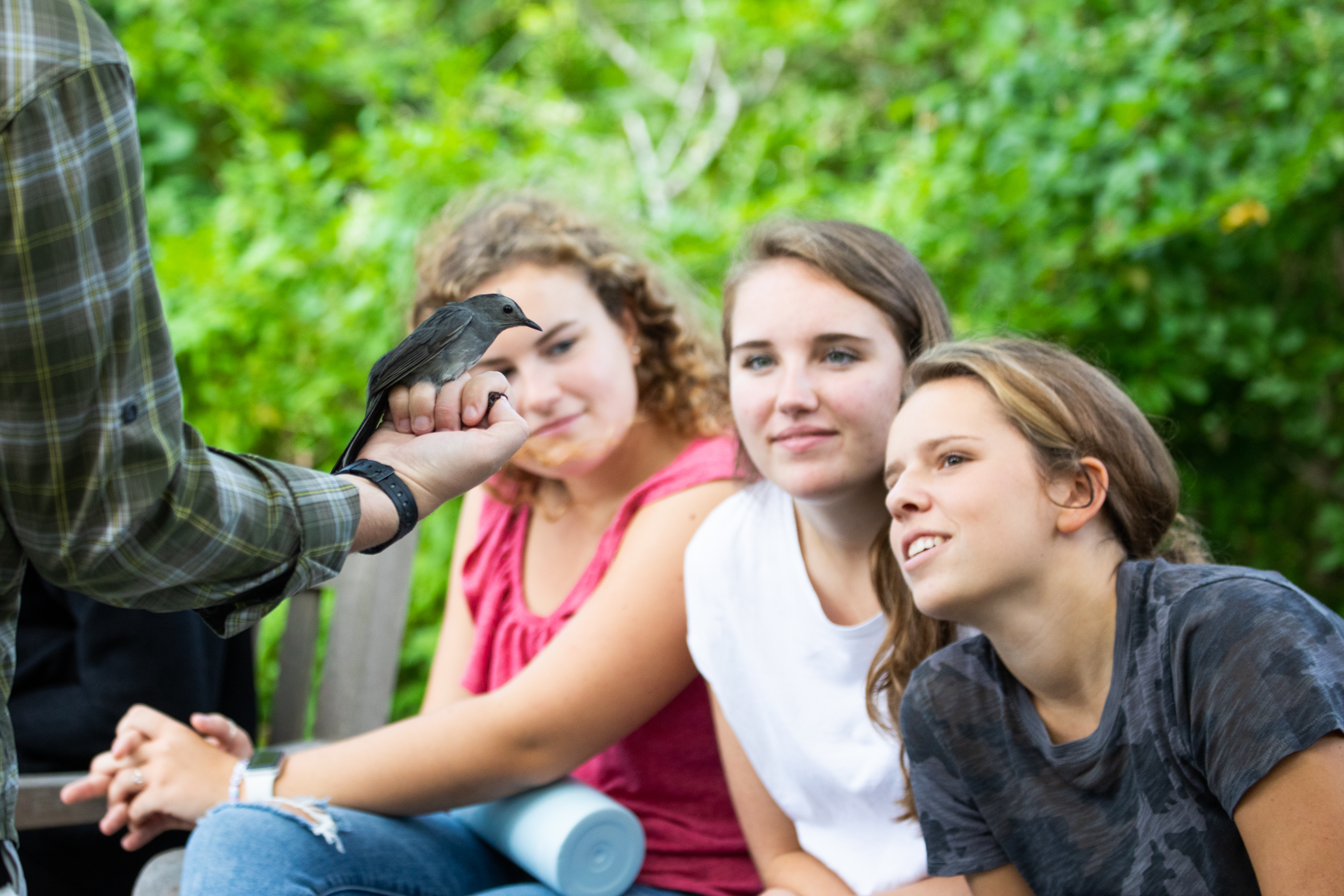 Under bluebird skies, Deb Harrison’s AP Environmental Science classes traveled to Manomet Center for Conservation Sciences, near Plymouth, to connect the important science that is occurring there with their work in class. Each fall at Nobles, Harrison’s students are fortunate enough to take this trip to Manomet to get a closer look at how the center is working to fulfill its noteworthy and pertinent mission of “applying science and engaging people to sustain our world” (manomet.org).

Students engaged alongside researchers banding migratory birds, a process that Harrison says provides “powerful environmental indicator data about the state of the planet. Manomet’s long-term banding database is a critical tool being used in ongoing analysis of local, hemispheric, and global climate change impacts.” Harrison’s students learned about the banding process firsthand, examining the tools used for banding and releasing the birds from the palms of their hands.

The students also spent time analyzing graphs representing Manomet’s vast data set on the impact of climate change on birds, presenting their findings to Manomet’s chief scientist, Trevor Lloyd-Evans. “Just a few days before the trip,” explained Harrison, “the release of the latest report on drastic declines in bird populations provided timely context for our visit.”

As the students listened to the scientists and collaborated with them, Harrison asked them to be cognizant of the fact that the work they were doing was very similar to that of a college course. In that vein, students finished the day with a “bioblitz,” during which they walked the picturesque trails to the farmhouse to survey the land for any available living species. Treasures that were found along the way included a spotted apatelodes moth caterpillar and an Eastern garter snake.

The center’s website explains that the Native American word “Manomet” means portage path; during their visit to Manomet, the Nobles AP Environmental Science students saw how the dedicated scientists there are honoring that name by “charting pathways to a thriving future.” Manomet is clearly doing just that, with partnerships in all 50 states and in 19 countries around the world. It was an exciting day for these Nobles students as they learned alongside the researchers who are doing this important work.