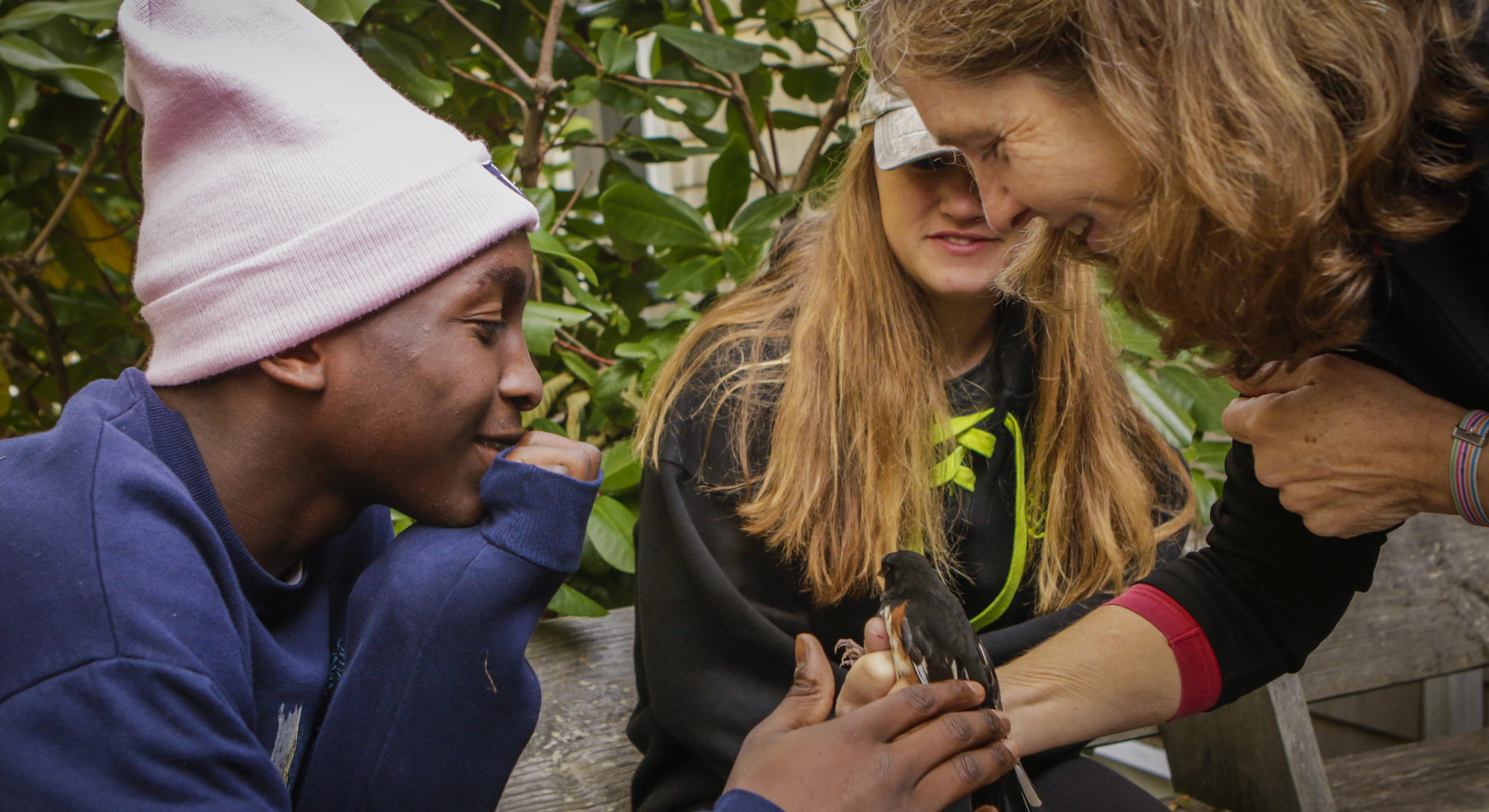 Every fall, as a winter chill enters the air and the leaves turn russet, Deb Harrison’s AP Environmental Science students, like the birds they study, flock south. Their destination is the Manomet Center for Conservation Sciences in Plymouth, Mass. Manomet’s mission is to “conserve natural resources for the benefit of wildlife and human populations, and through research and collaboration, build science-based, cooperative solutions to environmental problems.”

Prior to the trip, the class studies avian migration; the critical role of birds as indicators of environmental health, Manomet's scientific methodology, biodiversity and ecosystem structure. Manomet is the site of one of the hemisphere’s premier research projects with a rich database that spans more than 40 years.

“Birds are very informative environmental indicators, and their status tells a story about the state of the ecosystems they inhabit, especially if they are migratory and pass through many different habitats,” explains Harrison. Unlike other species, birds’ data can reveal much because of the broad expanse they cover between wintering and breeding.

The students first learned how to band birds to monitor biodiversity and gather data, much of it indicative of climate change and changing seasonal patterns. Manomet researchers demonstrated each step of the banding process, and students also engaged with Manomet legend Trevor Lloyd-Evans, senior scientist and director of the Landbird Banding Program, who has been with the Center since 1972.

Students held and released songbirds, and identified avian physiological adaptations for flight. “They saw birds they've been studying for our bird ID of birds common to the Nobles campus…they even used Manomet’s ‘study skins’ [preserved specimens] to study for their upcoming test,” says Harrison. “[The visit to Manomet] really is similar to a college level seminar with lots of hands-on components.”

One troubling discovery highlighted by Manomet’s data is that many songbird species have declined a great deal, “some by as much as 80% in the past several decades,” according to Harrison. “Migrant songbirds from the neotropics respond to their own internal cues that tell them when to return to their breeding grounds in the spring. Upon arrival back at their breeding grounds,  a number of species are finding that their normal food supply (i.e. caterpillars) has dwindled, having peaked before their return.”

Students analyzed graphs of Manomet’s multi-decade banding data, and explained their findings to Lloyd-Evans. AP Environmental Science had begun the year examining the implications of the 100-year anniversary of the extinction of the passenger pigeon, a once-ubiquitous bird. Lloyd-Evans showed students two rare preserved specimens, and discussed avian evolutionary strategies. “The loss of the passenger pigeon raised big questions about conservation, and about the need to be acutely aware of the precarious balance in nature for even the most abundant species,” Harrison cautions.

Harrison describes the day at Manomet as “a prime example of the power of experiential learning, and the impact that engagement with real-world research and conservation work can have on broadening and enriching students' perspectives.”