Nobles Squash Around the World 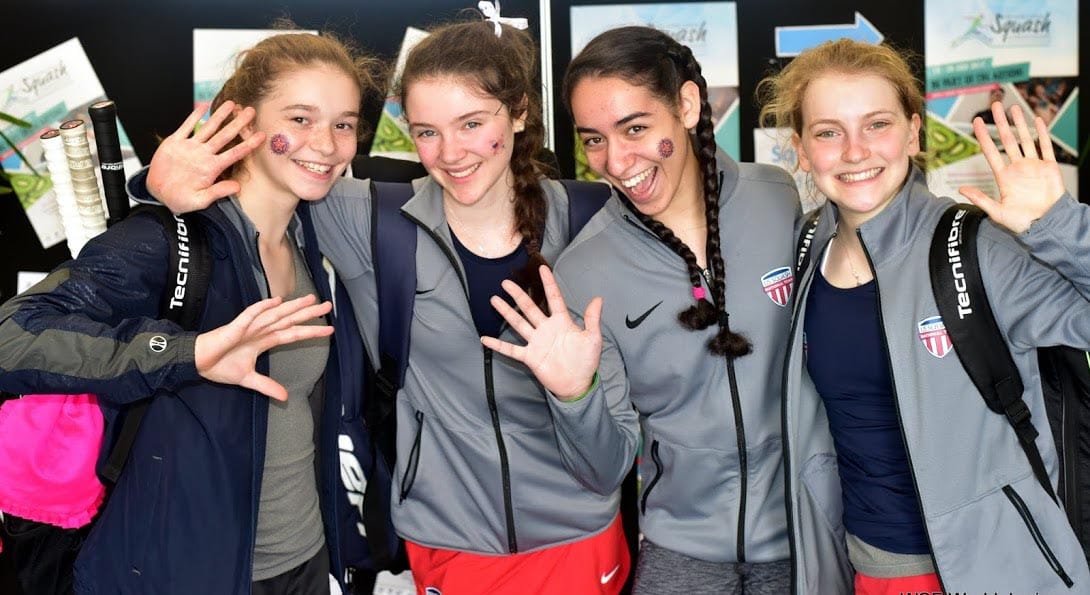 By the end of this summer, Nobles squash players will have travelled to four continents for their sport. Gracie Doyle ’17 recently played for team USA in New Zealand. Jake Koeppel ’21 and Jesse Brownell ’19 played in Germany at the beginning of July. Brownell will play again in Canada in early August. Her mother, Nobles coach Christina Brownell, and Patrick McElroy ’18 recently represented American squash in Paraquay.

Doyle offered a strong performance representing America in the 2017 World Junior Championships in Tauranga, New Zealand. The competition included individual and team championships. Highlights of Doyle’s performance in the individual competition included her defeat of an Australian opponent in the second round of the tournament. In the special plate portion of the tournament, for players knocked out in the main tournament’s third round, Doyle defeated her American teammate. In the end, Egypt won both the male and female individual championships.

In the team championships, Doyle defeated her Irish opponent in the first round, helping team USA defeat Ireland 3-0. Then, her team recovered from a loss to Hong Kong with a 3-0 defeat of South Korea. In the playoffs, team USA lost to England only to beat both New Zealand and India. Team USA won fifth place overall. In the picture at right, Doyle, the second from the left, celebrates the final ranking with her team.

Jesse Brownell ’19 and Jake Koeppel ’21 spent the beginning of July at the Cologne Junior Cup 2017 under 17 draw in Cologne, Germany. Both gave strong performances, with Brownell earning third place. Starting August 3, Brownell will represent America at the United States versus Canada Battle of the Border competition in Ontario, Canada.

In late June, Brownell’s mother, Nobles coach Christina Brownell served as the girls coach of the US national team at the 2017 Pan American Junior Championships in Asuncion, Paraguay. Her team earned a silver medal. Patrick McElroy ’18 represented the boys team there, where they brought home a bronze medal. In the picture at top left, Brownell is the furthest on the left and McElroy is the second on the right. In total, team USA earned five medals in the competition.