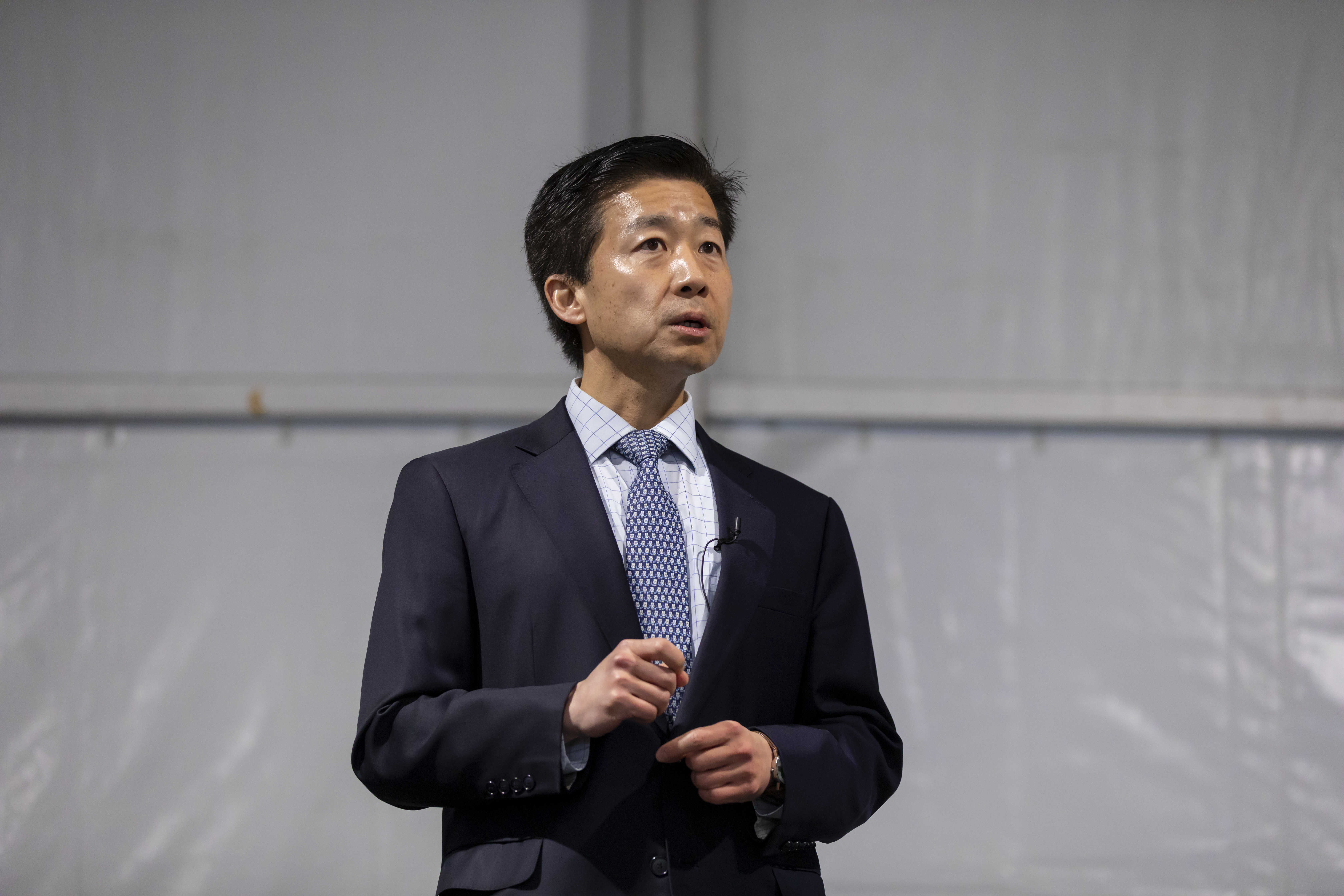 What risks does North Korea pose and how can they be mitigated? On October 16, at long assembly, Tufts professor Sung-Yoon Lee, gave a nuanced answer to that complicated question. His talk, “Five Common Myths about North Korea,” outlined some of the history of that nation and the complexity of its relationships with South Korea, China, the United States and the rest of the world.

Among the myths noted by Lee is that North Korea is not worthy of being taken seriously. He said that many assumed that North Korea and its leaders were puppets of Joseph Stalin after WWII, but that proved to be false. From 1948 until his death in 1994, Kim Il-sung led the communist North. Kim Jong-un, the current leader, is the grandson of Kim Il-sung and succeeded his own father.

Patronizing North Korea —the suggestion that the regime is crazy or childlike—is met with skepticism by Lee. Instead, he said, the pattern of behavior has been strangely strategic and consistent. For instance, Kim Jong-un’s pattern of conducting nuclear tests on dates of importance to nations—Memorial Day and Columbus Day in the U.S and the Lunar New Year in China—are likely designed to send messages to foes and friends.

The country is, said Lee, “very adept at weaponizing its own weirdness.” He called the regime “ruthlessly rational” and set on dominating the entire Korean Peninsula.

When President Trump threatened Kim Jong-un with “fire and fury” and referred to the leader as “Rocket Man,” the response was a missile fired over Japan and an assertion of the country’s ability to hit Boston, New York or Washington, D.C. with its missiles.

Lee reiterated that the “acting crazy” aspect of North Korean international relations is calculated. Lee said that the appearance of instability is typically followed by de-escalation; negotiation; then a lessening of sanctions by the U.S. or others. He added that the relentless provocation is followed by “change-tuning” and smiles. “They are very good at propaganda and psychological manipulation,” he said.

Lee also explained that North Koreans live in poverty and are required to ask formal permission to travel even to the next town. They are shut off from the rest of the world [but] “the elite live in luxury…Kim Jong-un is not poor. He has several palaces.”

Lee suggested that there is no magic solution for containing the threat posed by North Korea but he believes that financial sanctions, rigorously enforced as during the Obama Administration, are one of the best tools. He also cited the importance of U.S. soldiers remaining in South Korea—in harm’s way—as a deterrent to North Korea attacking the South. Finally, he said that diplomacy of the international community must also be galvanized.

Lee, who was an advisor to President Barack Obama, said the current administration is giving Kim Jong-un more time to perfect his nuclear program. He explained to students that division in Korea came after WWII and was “a haphazard division” agreed to by the Soviet Union and the United States; it was intended to be temporary. “Americans were ignorant about Korea,” he said. “It was seen as strategically unimportant.” Instead, located between China and Japan, its geography makes it enormously relevant.

Lee is the Kim Koo-Korea Foundation Professor of Korean Studies and assistant professor at Tufts. He teaches courses on Korea and U.S.-East Asia relations. He is a former research fellow with the National Asia Research Program, a joint initiative by the National Bureau of Asia Research and the Woodrow Wilson International Center for Scholars, and former associate in research at the Korea Institute, Harvard University. In 2005, he launched at Harvard’s Korea Institute a new seminar series, the Kim Koo Forum on U.S.–Korea Relations. For more about Lee and to read his articles on this topic, click here.