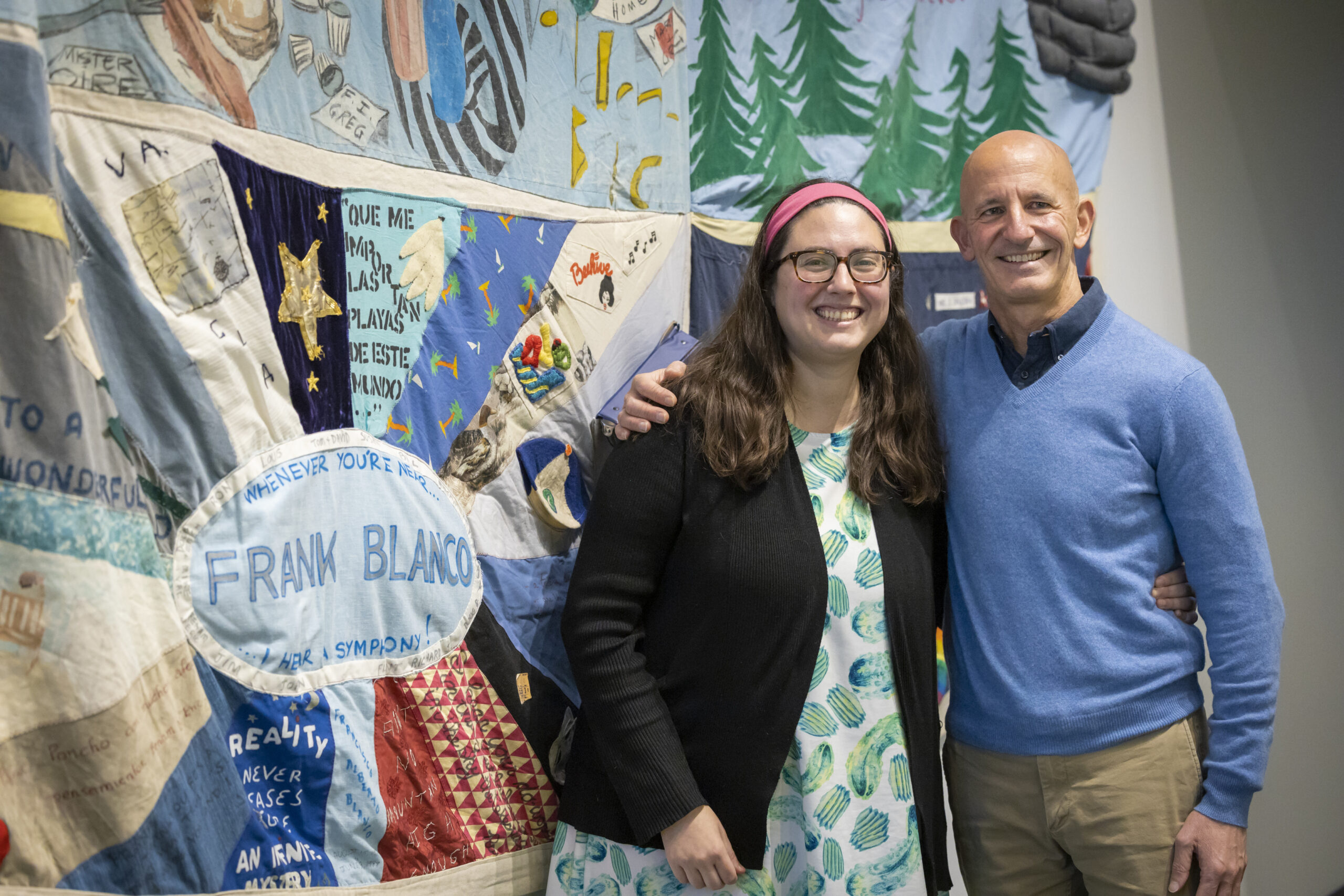 When History Department Chair Louis Barassi and Co-Director of the Putnam Library and Gender and Sexuality Specialist Talya Sokoll designed a new upper school elective, LGBTQ U.S. History in the 20th Century, they committed to drawing from expanding scholarly and academic collections about the LGBTQ (lesbian, gay, bisexual, transgender and queer or questioning) experience. The result is an engaging, interdisciplinary approach to history that invites intellectual curiosity before judgment. The goal of the course is to “better foster empathy and understanding, as well as a more vibrant and fully realized picture of U.S. history” by exploring how queer and trans identities—and their trajectory in understanding and acceptance by others—have influenced America’s social, cultural and political history.

A fluid LGBTQ landscape can make teaching the course a challenge. Sokoll says, “The struggle is still so present, but so different now than it was. One of the things we talk about a lot in class is the idea of public versus private: the inability to be able to live your authentic life. But it’s a conversation we’re having as a society, one that is changing the narrative rapidly.”

Sokoll, who also co-advises Nobles’ queer affinity group, Q2Q, says they frequently hear students’ frustration about not learning about queer issues and history in school. “As a 36-year-old, I’ve spent the past however many years learning queer history, but on my own. There’s not a distinction between queer history and general history, right? The stories of all marginalized groups of people are intrinsic to the understanding of who we are as a nation. And if we don’t learn that, we’re doing ourselves a disservice by not understanding the full, rich story that is the United States of America,” says Sokoll.

Believing in the power of primary sources, Barassi and Sokoll introduce oral histories and firsthand accounts, along with film, art, literature and other media. The course includes individuals from a multitude of races, ethnicities, ages, abilities and religions whose stories have long been missing from the national narrative. “When we ignore the existence of something in our classes, we are saying to our students that it is not important, and that the history and stories of those individuals don’t matter,” Barassi and Sokoll say. That alienates and isolates queer students, but it is also “equally damaging for our heterosexual and/or cisgender students to not learn about, and thus develop empathy toward, many marginalized groups.”

While many students have heard of the Stonewall uprising of gay activists in 1969, the course addresses lesser-known topics ranging from the U.S. government’s homophobic “Lavender Scare” to the experience of queer soldiers during World War II.

Barassi, who also chairs Nobles’ discipline committee, says, “I feel really strongly that I would much rather initiate discussions around LGBTQ issues in an academic setting, where students are actually learning about the role and experience of a wide range of people of the past, than have community-wide discussions about a slur or a negative incident that makes everyone think, ‘Well, the only time we talk about these things is when something goes wrong.’” By taking a proactive pedagogy, he says, “I think you can actually shape—and maybe even in some ways change—attitudes and behavior.”

In one class session midway through the semester, students discussed their views on the prompt “Historians try to find turning points where history shifts: helpful or problematic?” Considering the question from different angles, one student posits that it’s problematic to erase what came before. Another observes that history is continuous—teaching to a turning point can overemphasize factors contributing to change over time. Students wrestle with issues of privilege due to race, class and beauty standards, and discuss the power that those in authority have to shape public perception.

These are the discussions that Barassi and Sokoll love. Barassi says, “Any history course worth its salt has to push people to think about themselves and the lenses with which they look at the world around them.” The intellectual rigor comes in teaching students how to process those experiences while asking questions and reserving judgment. “That’s the irony of teaching a course like this, about people who have been constantly judged,” he says. Examining multiple perspectives instills in students a greater understanding to draw their own informed conclusions.

Ultimately, Barassi and Sokoll hope the elective inspires richer discussions about how LGBTQ history is history, and how the impact of those events and individuals shapes our overall understanding of history—leading to more inclusive community conversations.